The very first girls joined Oakham School CCF in the Spring 1973. The then headmaster, John Buchanan, sent a request to the ministry of defence, asking if girls could join the school’s CCF. Members of the joint Cadet Executive were surprised admitting that “Up until that time we had not given much thought to the matter. We had to see whether the training was suitable for girls”. This request was very forward thinking and Oakham, along with four other schools, were selected for a pilot programme. 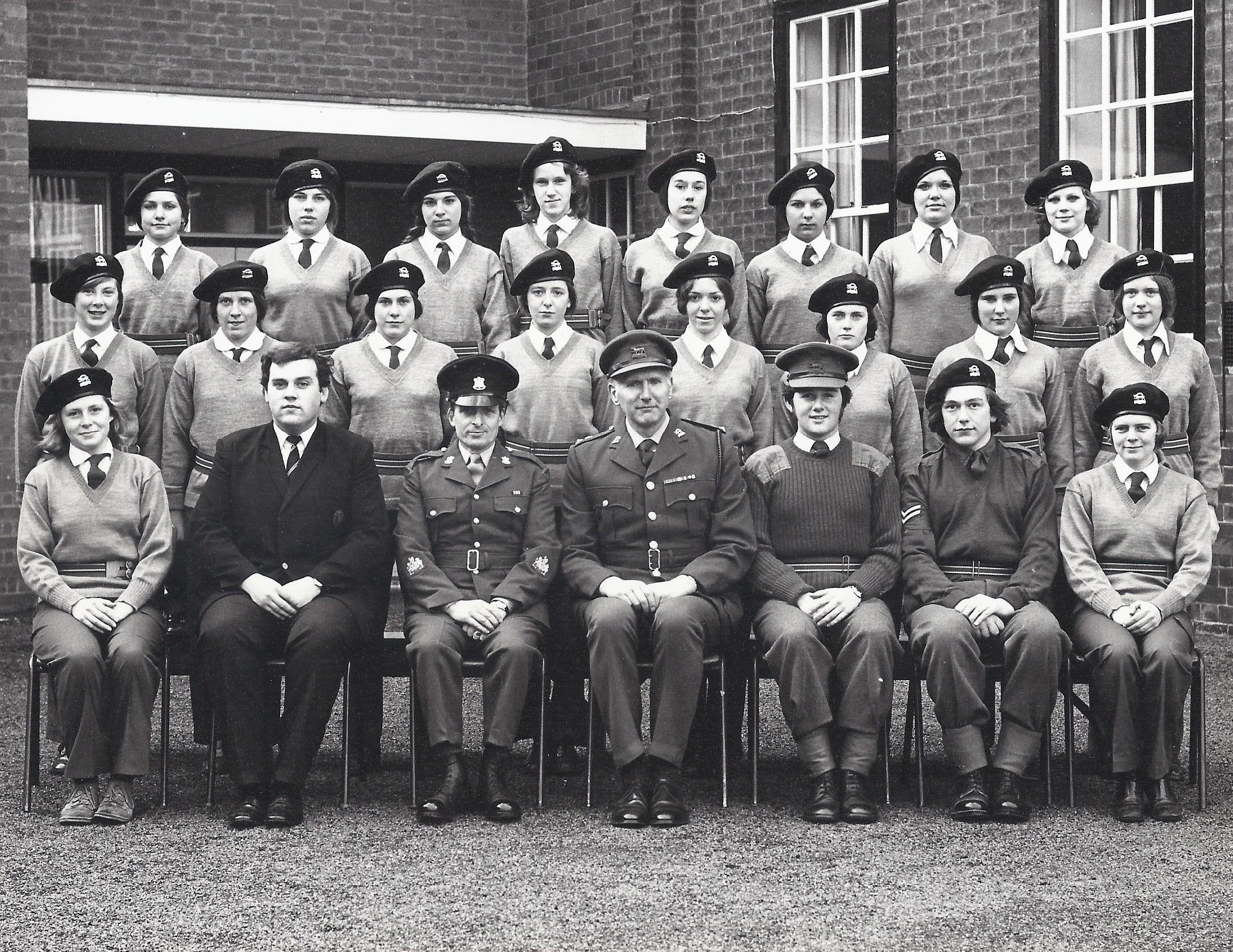 The syllabus originally offered to the girls was much the same as the boys: shooting and safety, and orienteering. Girls took their CCF tests at the same time as the boys and all the first 24 girls passed the Army Proficiency Certificate (shooting, safety, orienteering and drill).  They were the first girls in the country to qualify for this certificate. Thanks to the pioneering girls at Oakham, the Ministry of Defence gave the go ahead for more mixed CCF regiments to be formed.

The first girls did not have a “distinctive uniform”, as described in the Oakhamian Magazine. The girls did not have a specific Women’s Royal Army Corps uniform and as such wore the same uniform as the boys did (bar a stable belt and different shade of jersey). Ironically, the unprepared nature of the girls’ CCF uniforms worked to their advantage. The boy’s uniforms were “more practical and smarter than the ex-ATS dress”

Sue very much enjoyed her time at Oakham, she remembers walking into a boy’s school as part of the CCF group, and the place went silent.

Shooting seems to have been a popular activity for the girls with Sarah Higham laying the groundwork for future women shooters as early as Summer 1972. Oakham School was a trailblazer in having the first girl to represent the school at the Bisley shooting competition. Furthermore, Ginnie Measure (OO) won three shooting medals for Oakham.

Mrs Jane Pierse, a PE teacher, was one of the first members of staff to instruct the girls.

The entry of the girls into what was and is still somewhat seen to be an all-male environment  “presented no serious difficulties” according to Captain R. M. Davies, and regarded as an “instant success” by the then Lieutenant-Colonel, Michael Stevens.

In the histories that have been written about the CCF, many have said that “From the beginning the girls engaged in exactly the same activities as those of the boys.” But was this the case? 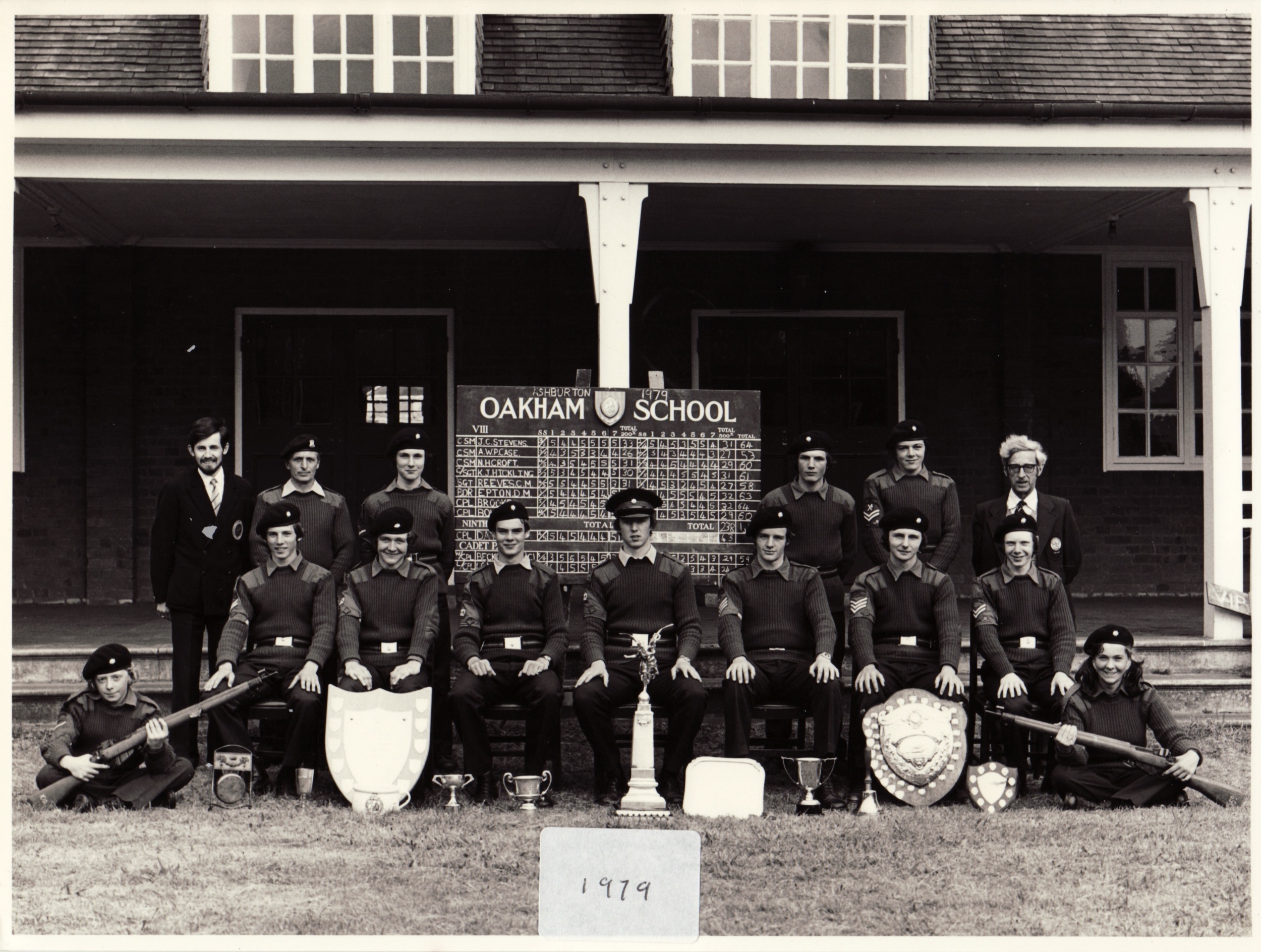 In the Oakhamian magazine from Spring 1973, it specifically states that girls were not participating in drill or inspection. Nonetheless, this does not seem to have been put into practice as all of the first girls passed their APC (Army Proficiency Certificate) with drill being a key passing criteria.

We get many mentions throughout the 1970s and 80s of a separate girls company/section. In 1973, the girls section was inspected on the miniature range shooting .22 calibre rifles, and stripping and reassembling weapons. In 1975, the girls were giving out first aid and ran the casualty clearing station to the pre-adventurous training section (boys). Likewise the following year the girls “demonstrated tenting and First Aid and assisted the Signals Platoon in the Artillery exercise and in providing communications throughout the day”. What is noticeable in these activities is that although the girls may have been doing similar training to the boys, they were crucially not doing the training alongside the boys. 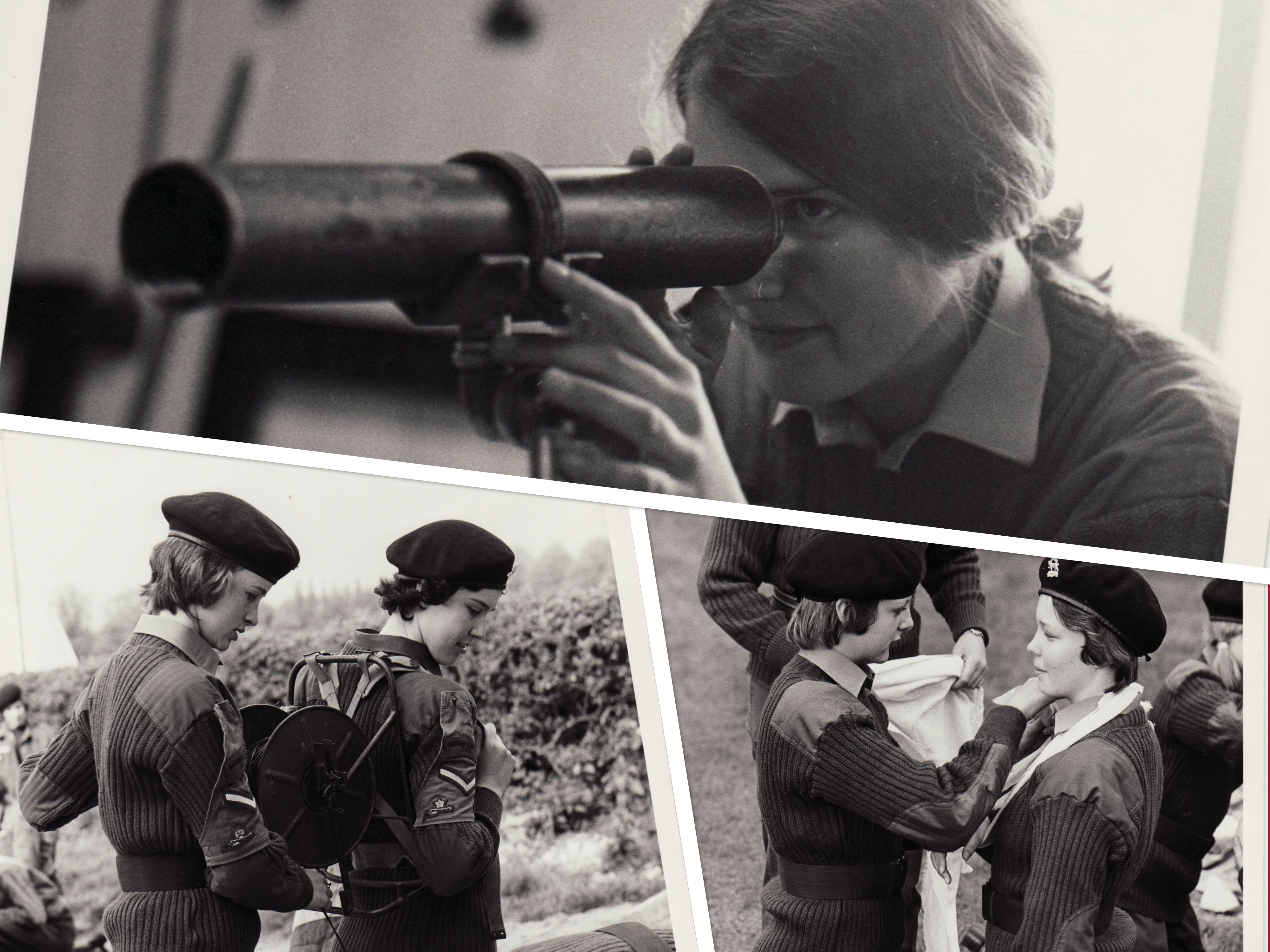 But this is not to say that in the early year’s boys and girl cadets did not mix. In 1974 four sixth form girls joined the Signals Section and four girls reached the rank of corporal and were therefore instructing boy recruits.

It was not given that girls would join in army camps. In 1974, the girls did not attend however just a few months later, six girls joined 65 boy cadets for the annual army camp to Crowborough.

A momentous moment came in the Spring/Summer term 1978 when the R.A.F. section allowed girls to become members for the first time. Their introduction was deemed “a success” by the school magazine, and it is interesting to note that in the reports of the R.A.F. Cadet’s activities, there is no distinguishing between male and female cadets. Everyone took part in instruction in principles of flight air operations, drill, shooting and safety, visiting R.A.F. bases and doing exercises at Proteus. The first female Pilot Officer in the Oakham School R.A.F. section was Miss Jan Davies. 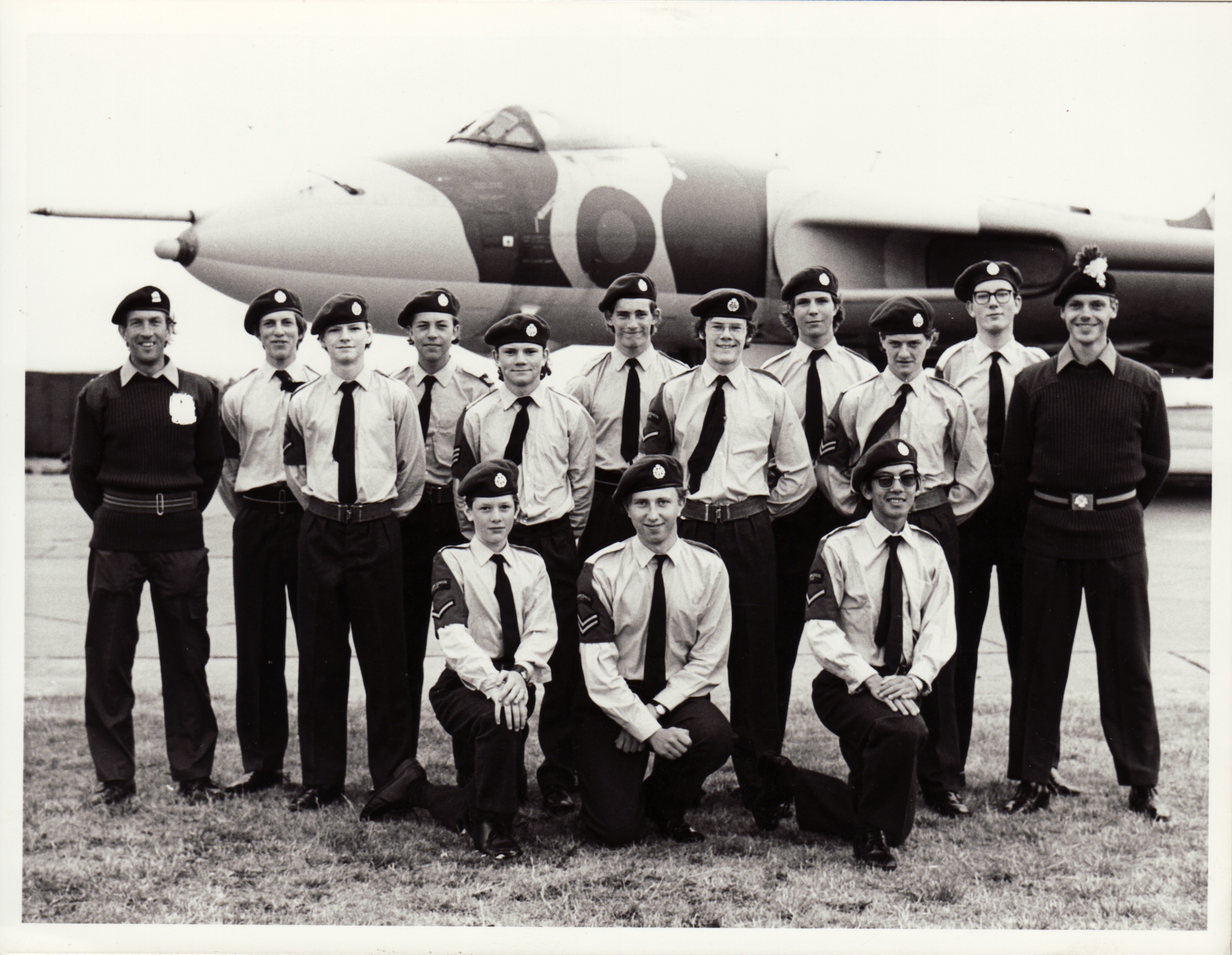 From 1978 onwards, the number of girls in the CCF expanded but there is still regular mention of the girls being separated from the boys – the Oakhamian Magazine from Summer term 1980 shows for example a Field Day Report being written by a member of C Company (girls). Nevertheless, despite this, the girls appeared to get the same level of training and number of trips and camps as the boys got.

The last written evidence that we have for a separate all female CCF team was at the 1986 Proteus camp where the girls went in for a falling competition and supported the march and shoot team in their own separate competition. From then on, CCF appears to have become fully co-educational.

Therefore, the statement “From the beginning the girls engaged in exactly the same activities as those of the boys” cannot be said to be a hundred percent true or false. In reality, the girls did do the majority of the activities that the boys did, reflecting the school’s co-educational nature. However, there is evidence that the girls did do things separately from the boys and that it took around 15 or so years for the girls to be fully integrated within the boys’ regiments. 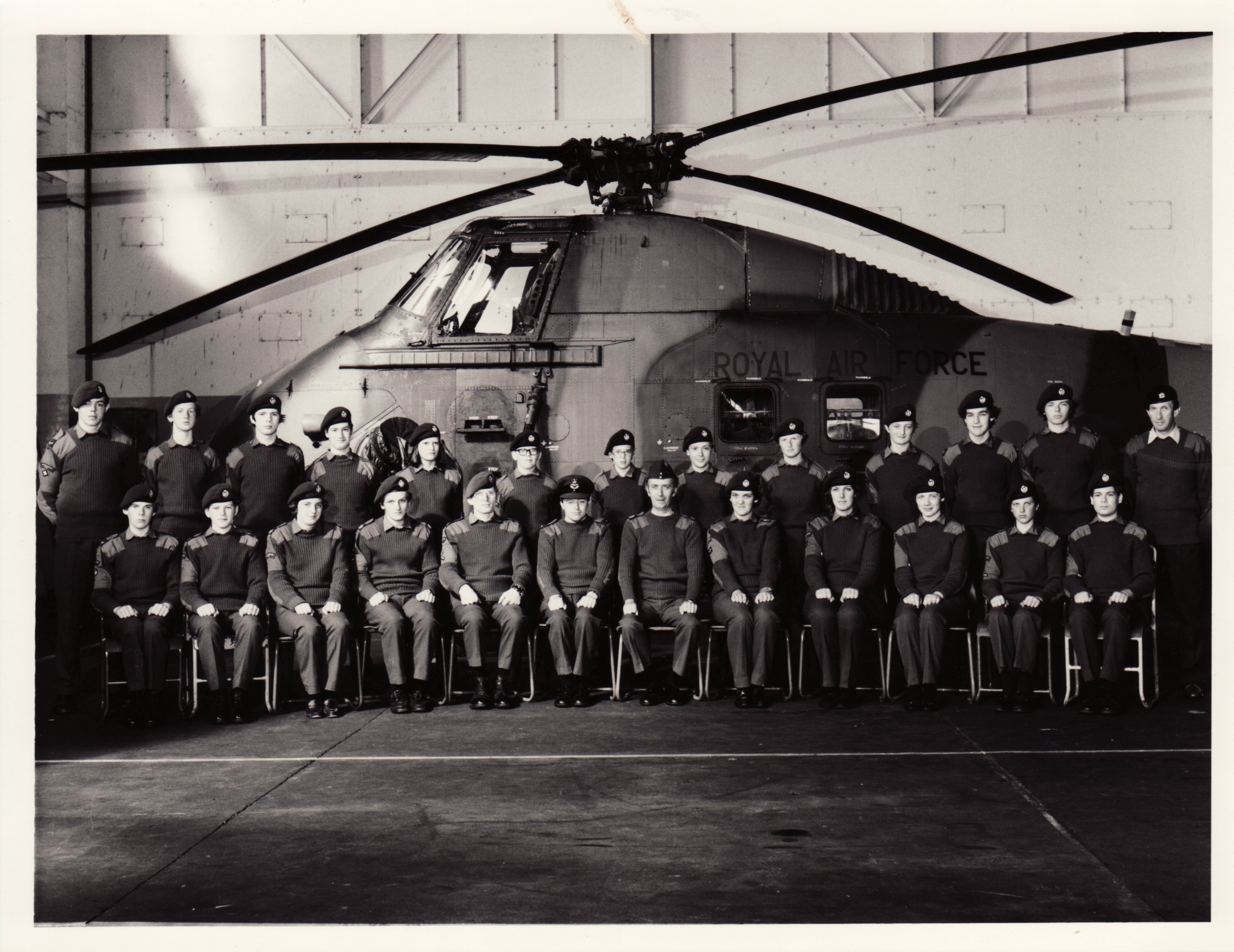 In the Summer of 2000, 22 RAF cadets went to R.A.F. Odiham for a camp. All cadets were offered the chance to fly either a chinook helicopter or bulldog plane. 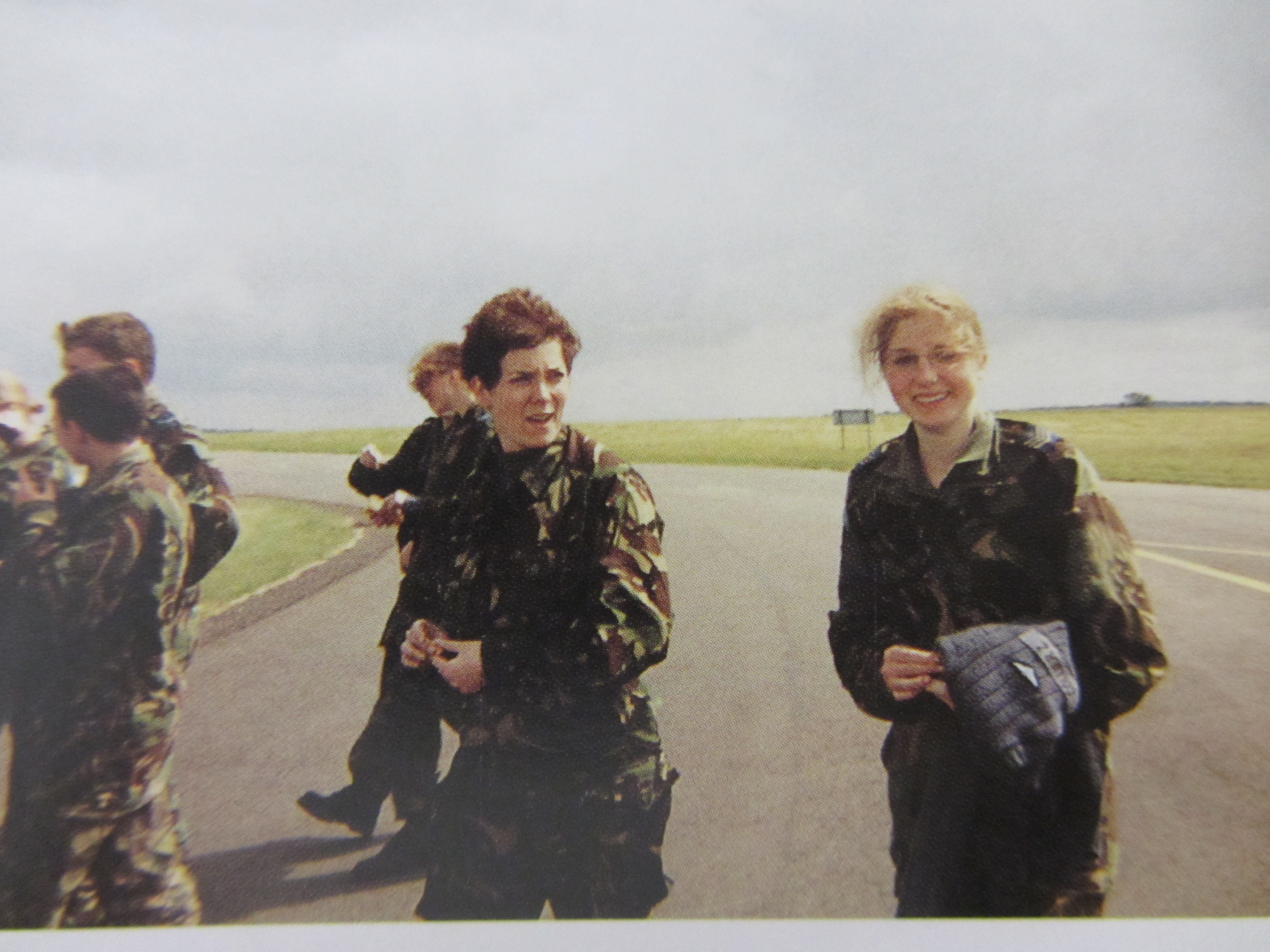 They took part in an Escape and Evasion exercise which was described as “a most enjoyable event” and took trips to the Museum of Army Flying and the Chaplaincy Centre at Amport House near Andover.

The cadets excelled themselves with their standard of uniform and drill. They had to fit in with quickly with the commands and standards of the Station Commander and “dress and hair standards improved visibly”. Although at first it seemed as if they were dropped in at the deep end, cadets soon felt “at ease with the way of life” and “reflected the pride and interest the cadets were taking in this aspect of camp”. 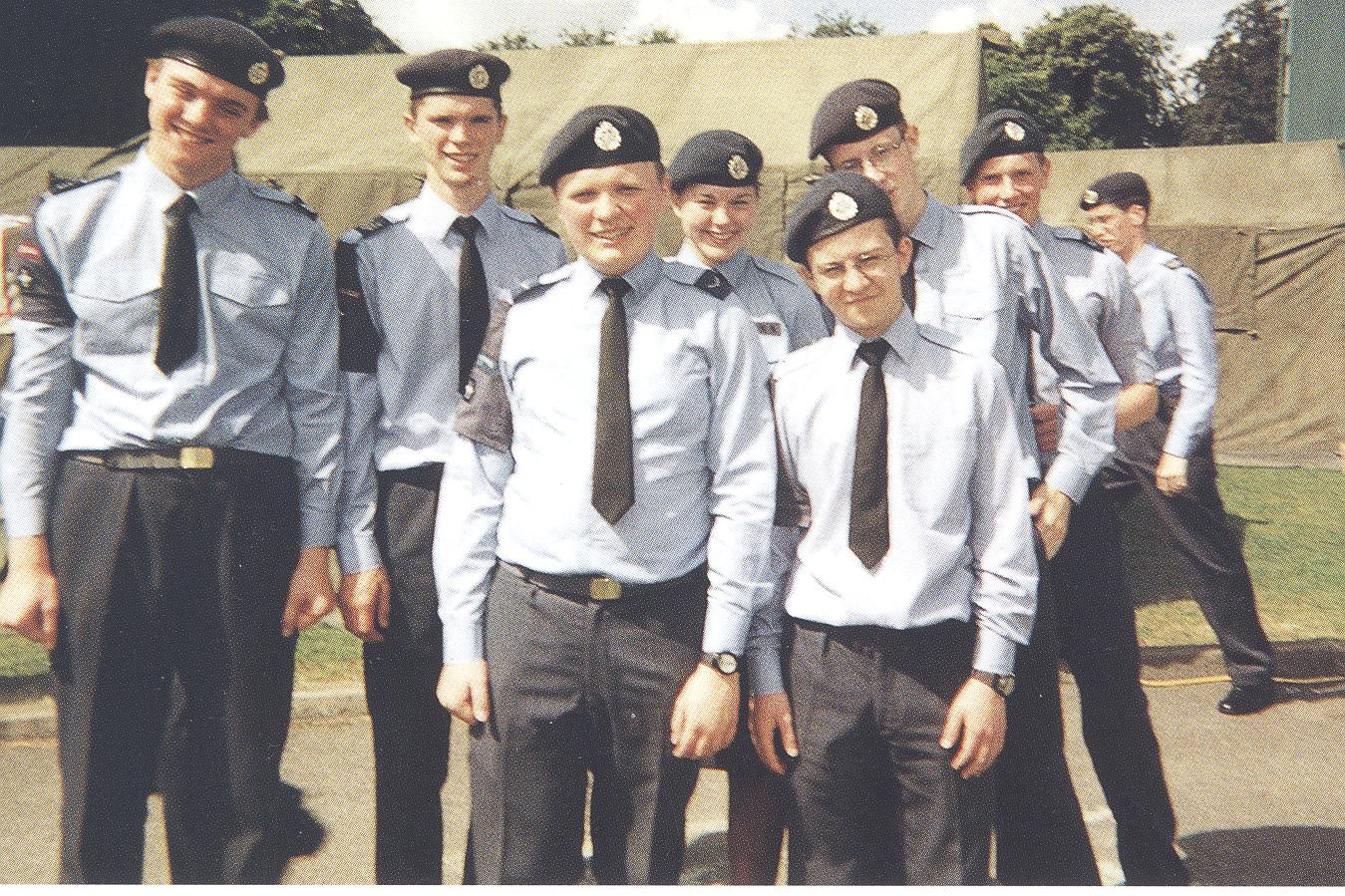 Cadets can be promoted at these summer camps and this happened to several deserving cadets in 2000. Tom Gooding was promoted to Cadet Warrant Officer; Zoë Collier was promoted to Flight Sergeant (“and grew into her new rank very well indeed”); and Debbie Brown, who had initially took over A flight, was “deservedly” promoted to a Sergeant at the final parade. 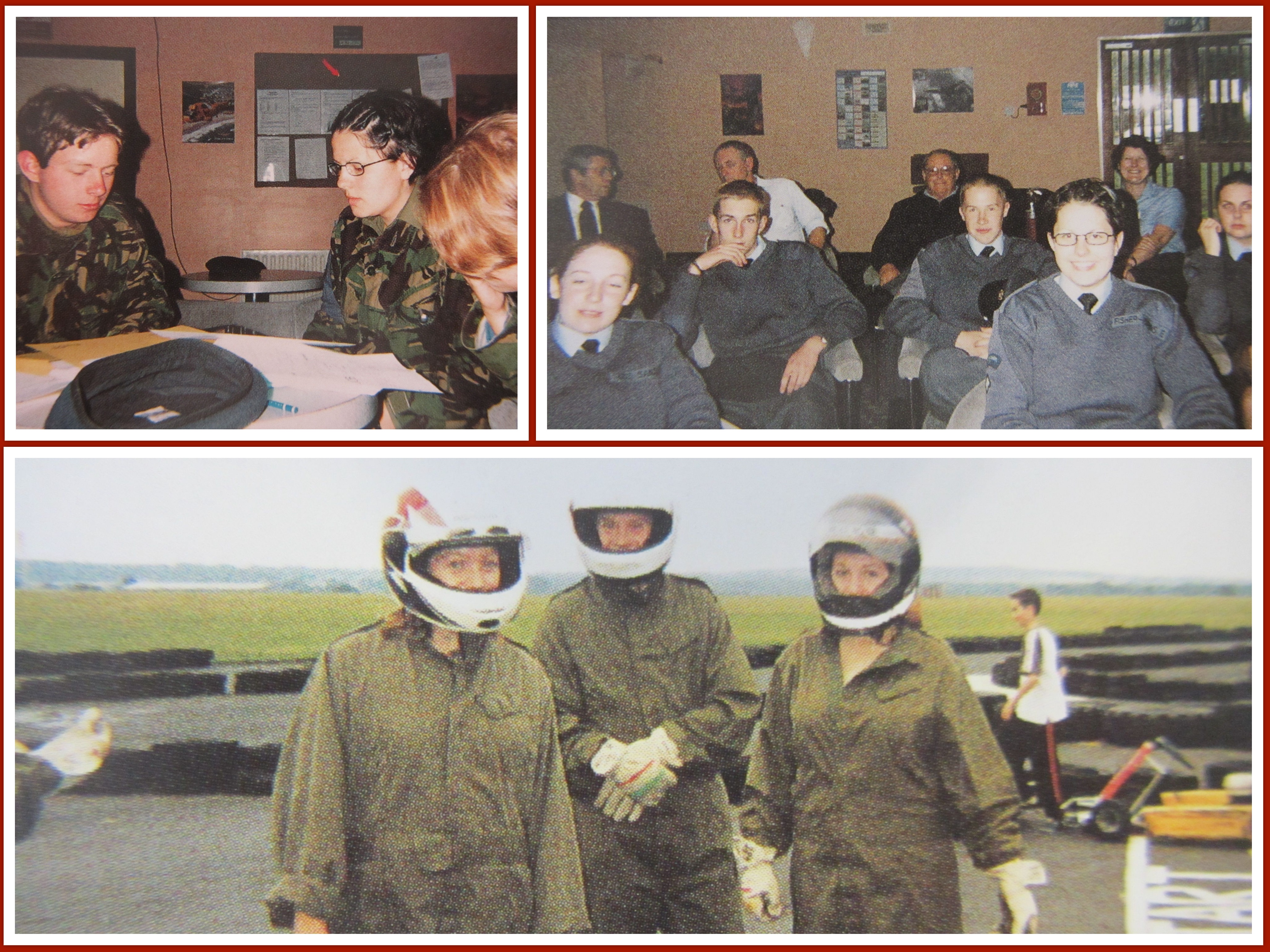