Welcome to Oakham School Archive's First World War Educational Resources. We are fortunate enough to have in our collection a wealth of material relating to our Old Oakhamians who fought and died during the Great War.

The following activities use the archives that we have in our collection and help to increase understanding of this conflict through creative, analytical and comprehension tasks.

If you have any questions about any resources, please do email us at archivesuser@oakham.rutland.sch.uk. 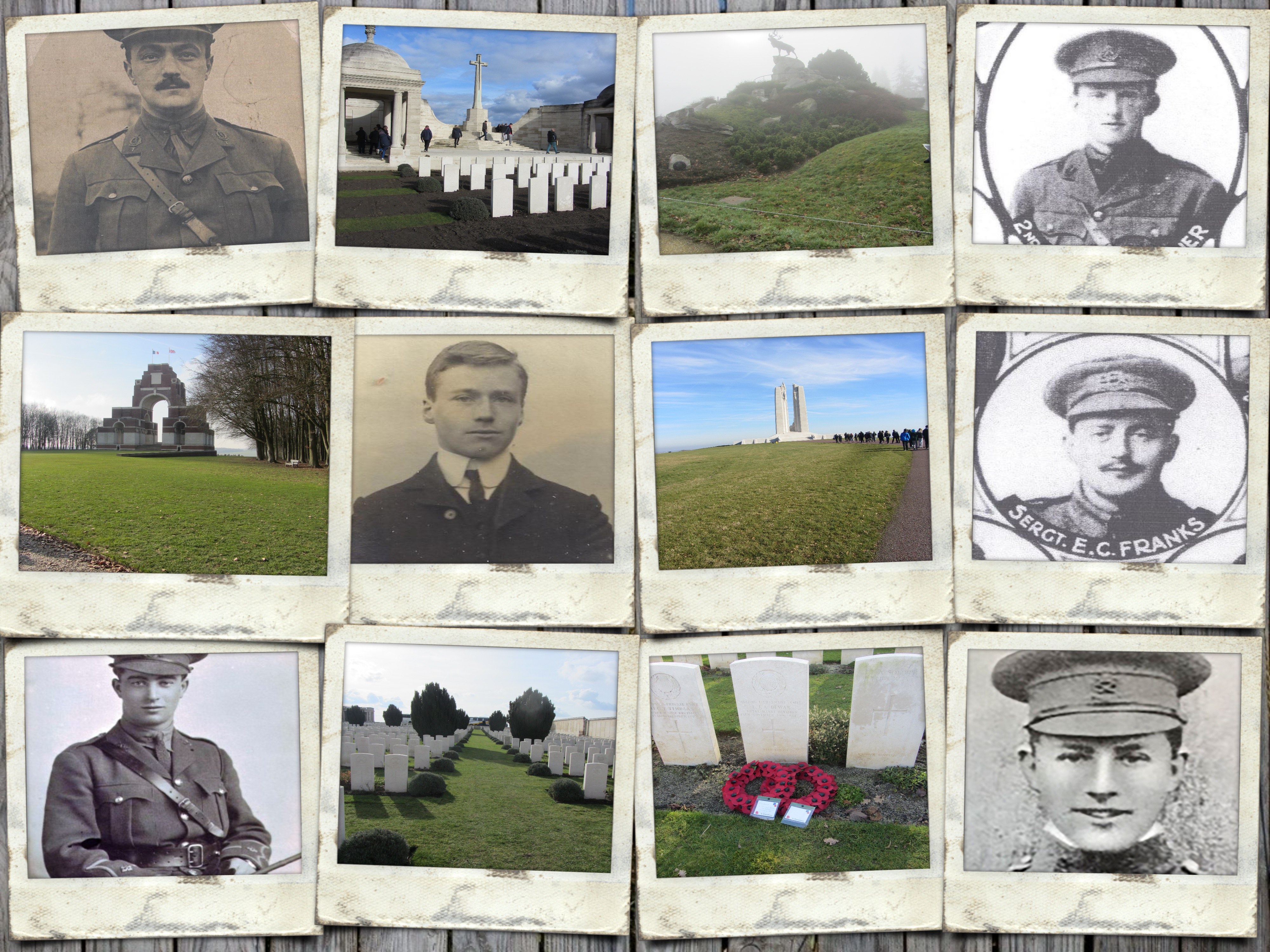 John was at Oakham School between 1917 and 1920. He was part of the debating society, the Captain of the Hornets XI 2nd lot, and played Thisbe in the school’s production of A Midsummer’s Night’s Dream.

Bartleet was ordained as a vicar and fought during the Second World War as a chaplain to the forces, 4th Class, the Royal Army Chaplain’s Department.

After the First World War, Bartleet visited the battlefields of France and Belgium. He wrote about his experiences to the School Jottings magazine in 1919.

Below are two tasks which encourage a close reading of Bartleet's article alongside creativity.

Douglas was born in 1888 and came to Oakham School between 1902 and 1907. Whilst at Oakham, he was head prefect and head musician, in the cricket and rugby 1st team, a member of the debating society, librarian, and secretary of the Games Committee.

He studied at Lincoln College, Oxford University but later joined the Oxfordshire and Buckinghamshire Light Infantry.

Humfrey was killed in action on the 16th May 1915 during the Battle of Aubers. He was 27 years old.

Humfrey wrote a letter whilst at the front to the Oakhamian Magazine.

This activity encourages close source analysis, encouraging pupils to draw not only obvious information from sources such as dates and places, but also more subtle details given by the writer.

Basil was born in Melton Mowbray on the 10th September 1896. He came to Oakham School between 1910 and 1914 where he was in the rugby first team, a prefect, librarian, and part of the debating society. He would also be given a prize in history and Latin.

Although he had a place at Cambridge University, Basil would never attend. Instead, he volunteered to fight on the front line with the Leicestershire Regiment. His rank in the army was a Second Lieutenant and he fought at the battel of Neuve Chapelle and the Battle of Loos (1915).

Whilst on the front line, Basil wrote a letter home to Joan.

Before going to war, many soldiers would have had a professional photograph taken of them in their military uniform. We are lucky enough to have some of these images in the archives.

These activities, tailored for different year groups, let pupils explore original sources from museums and archives around the country (including the Imperial War Museum and National Army Museum). They slowly build upon a pupil's knowledge, with each step encouraging greater enquiry and thought, finally culminating in a creative writing task.

War memorials around the UK come in all sorts of designs. Most cities, towns and villages will have some sort of commemoration to those who fought and died in not only World War One, but other wars such as the Second World War and the Boer War.

Memorials can take shape in almost any fashion. Many are stone monuments which have the names of the soldiers inscribed onto them. Others are plaques, graves (the tomb of the unknown soldier), bandstands or buildings.

At Oakham, plans for a memorial to the Old Oakhamians who fought and died in the Great War began in 1918 with the creation of an Appeal Committee. It was decided that a chapel in their honour would be built. Initially, this was to be a small chapel, but with more and more students coming to the school at that time, the size of the building grew. Construction began on the 28th July 1924 and the chapel was consecrated on the 29th October 1925. At the opening ceremony, the then headmaster, W. L. Sargant, read out the names of the Old Oakhamians who “gave their lives in the years of War for their country and for us”.

As you enter the chapel, the names of the Old Oakhamians who died are inscribed in stone on two panels.

Outside the school grounds but opposite the chapel is Oakham’s own war memorial. This decorative column sits upon a large, star shaped based with the names of the soldiers carved into it.

Your task is to imagine that you have been chosen by headmaster W. L. Sargant to design a new memorial to commemorate those who died in the First World War. Draw out your design on the sheet provided.

In the Oakham School Archives’ collection, we are lucky enough to have Oliver’s death penny. This penny was awarded to the families of servicemen who fell during the First World War.

Pupils have to spot the listed symbols on the death penny. This activity is great as a starter or for key stage two pupils.