The West African Colonial Wars were a series of conflicts between Ashanti Empire, the Akan Interior (Ghana) and the British Empire between 1824 and 1901.

The Ashanti wanted to establish a strong control over the coastal area of modern day Ghana and did indeed defeat the British in some of the battles. However, in the end they became a British protectorate. Britain did not want France and Germany, who had control of neighbouring territories, to have a hold in the region or a claim to the gold there and so they wanted to conquer this region to protect their interests.

The British claimed that the Ashanti king had failed to pay the fine agreed by the Treaty of Fomena in 1874. So, Sir Francis Scott left with British and West Indian troops in December 1895 from Cape Coast, and sailed to Kumasi (January 1896). The Ashanti leaders were deposed and the court exiled. A resistance movement came from non-exiled Ashanti court members living in the Seychelles in the War of the Golden Stool (1900). But they were ultimately defeated.

The Ashanti region became the Gold Coast Colonies. However the Gold Coast was made up of initially three separate territories: the Gold Coast, Asante and the Protectorate of the Northern Territories. After the First World War, Togoland was added to this conglomeration as the British took control of the area thanks to a mandate by the League of Nations. The Gold Coast would only gained its independence in 1957 and became known as Ghana.

Old Oakhamians who ought in the West African Colonial Wars 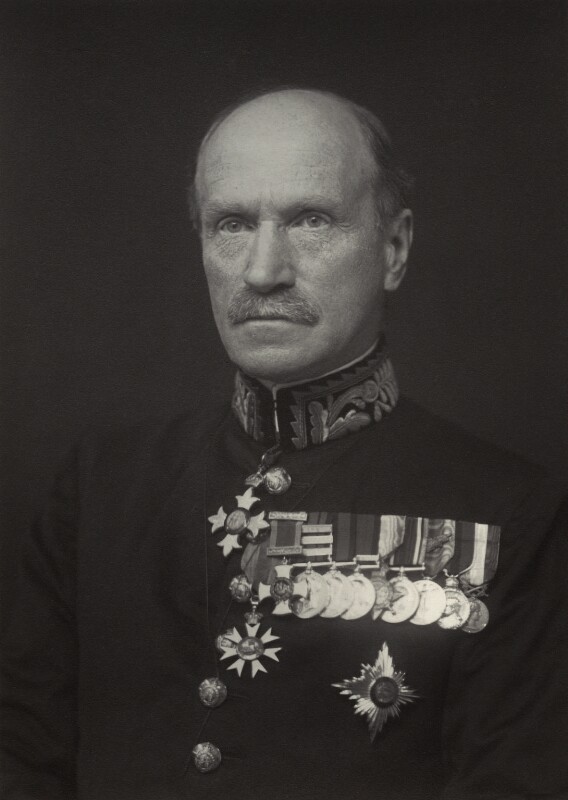 Herbert was the son of Rev. H. Bryan of Raunds Rectory in Northampton. He attended Oakham School between 1877 and 1881. He was a member of School House. Whilst at school, Herbert earned his Cricket and Rugby Colours.

Herbert became a career military man and civil servant. He enlisted in the 7th Hussars, became a Major in the Manchester Regiment and served across the then British Empire including undertaking these posts: 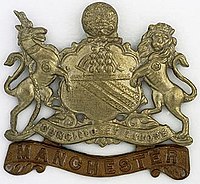 The cap badge of the Manchester Regiment.

In 1915, he was made the Colonel of the 9th Northumberland Fusiliers and mentioned in despatches. Finally Herbert became a battalion Colonel. 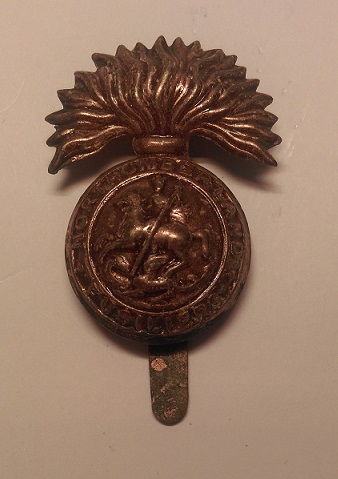 He was awarded the Médaille d’Honneur avec glaives. 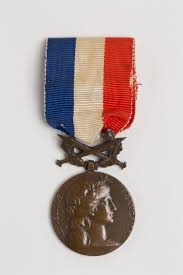 Herbert kept a close relationship with Oakham School, dedicating the organ in 1930 and presenting W. L. Sargant, Headmaster of Oakham School, with a book of donors to the Sargant Presentation Fund. This book can be found in our collection, number ADM/2/3/1. 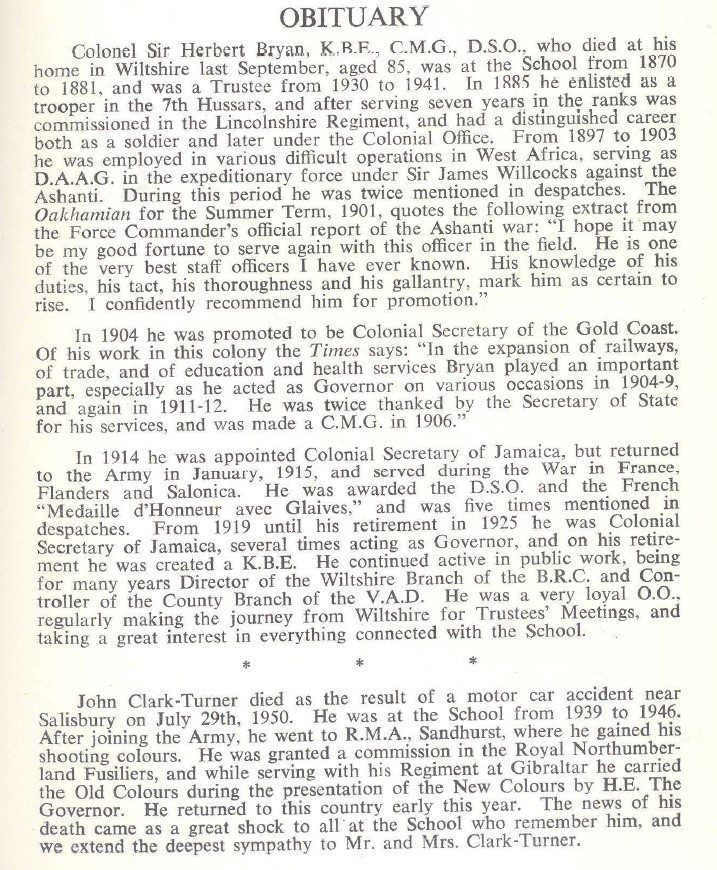