In 1917, the Bolshevik Revolution overthrew the Tsar and quickly spread its influence throughout Russia. Leon Trotsky created the Red Army; a more drilled and focused military force. The Bolsheviks promised free and fair elections. However when these failed to go in their favour, Lenin closed the elected assembly and assumed power.  The communist Bolsheviks had a tenuous hold on power and needed to strengthen it. Soon clashes between communist (red) and anti-communist (white) parties occurred as Russia struggled to decide on a path following the overthrow of the Tsar.

The treaty of Brest Litovsk (1918) saw Russia give large sections of land in the Baltic States to Germany. Additionally Ukraine was recognised as independent. Historians often see this as a catalyst for tensions between white and red. 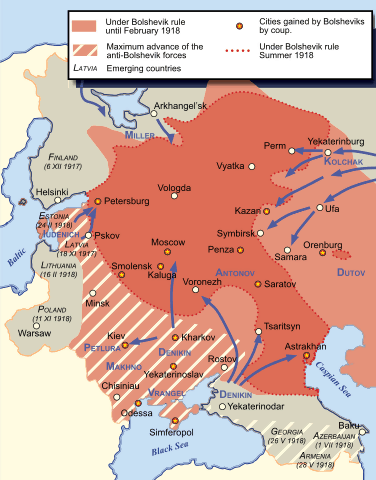 Another factor stoking the flames of tension was the Czechosloak Legion. This was a legion of Czech and Slovak soldiers who had deserted from Austro-Hungarian units. In March 1918, they were allowed to leave Russia via the far east however when violent incidents took place during their evacuation, they were ordered to surrender their arms. Upon refusal, they defeated the local communists and took control of the Trans-Siberian Railroad. Furious, the Moscow government began to crack down upon any anti-communist sentiments or activities, including any rival political parties and opposing newspapers. The Cheka (secret police) began to arrest anyone accused of being against the Bolshevik regime. This became known as the Red Terror. On the night of the 16th-17th July 1918, the Tsar and his family were shot in the cellar of their prison.

In their propaganda, the Bolsheviks portrayed themselves as the party for Russia, protecting her people from outside imperialist governments like France and Britain. 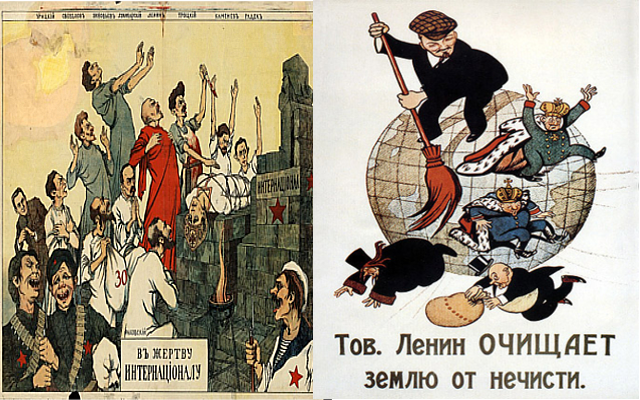 The White army (anti-communists) had major issues which affected their ability to be a credible and forceful opposition. They had several leaders all of whom were competing with each other for glory. Their forces acted in a similar way to the Red army, with great brutality burning down property and taking livestock and crops by force. They even tortured and executed those who opposed them. In White army controlled areas, corruption was widespread. Consequently, the White army became hated.

One of the most significant issues was that the White army was made up of many different groups – Tsarists, liberals, conservations etc. They were also joined by external allied armies such as those from Britain, France and the USA. With so many different groups it is not surprising that the multiple aims conflicted against each other. Furthermore, the interference of non-Russian armies brought alarm to many who feared that as a result Russia would lose her independence.

The Allied forces saw an intervention in Russia as a way to reinvigorate an eastern front against Germany (with whom they were still fighting with on the western front). Russian exiles believed that as Russia had fought for the Allies, they were thus bound in allegiance to help the Russians against the Bolsheviks. However, there is something to say for the anxiety that was felt by the Allies for the new communist power. The British and Americans wanted to try and find a diplomatic solution between the Reds and the Whites. However this failed to gain any traction and so military assistance was finally given. 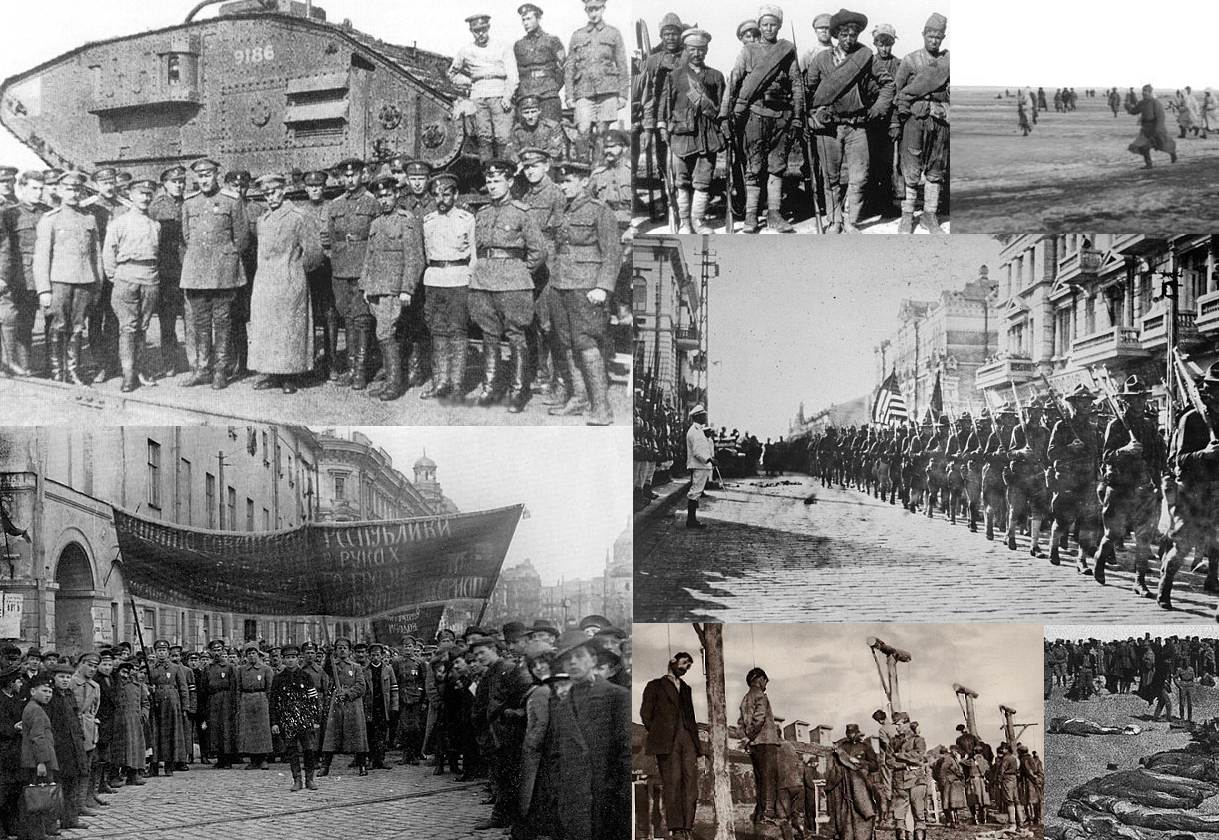 The British forces initially landed at Arkhangelsk and Murmansk. However, being in the North, these two places were of little importance in the overall civil war. So the British forces withdrew all troops in early autumn 1919.

The Russian Civil War ended in 1921 with the Bolsheviks tightening their hold on Russia and defeating the White army. The Bolshevik party had total control of Russia and silenced any person or group who dared to speak out against them.

Donald was born in Oakham, Rutland.

During the First World War, Donald (Service Number M.11529) was a member of the Royal Navy and served on the China station. 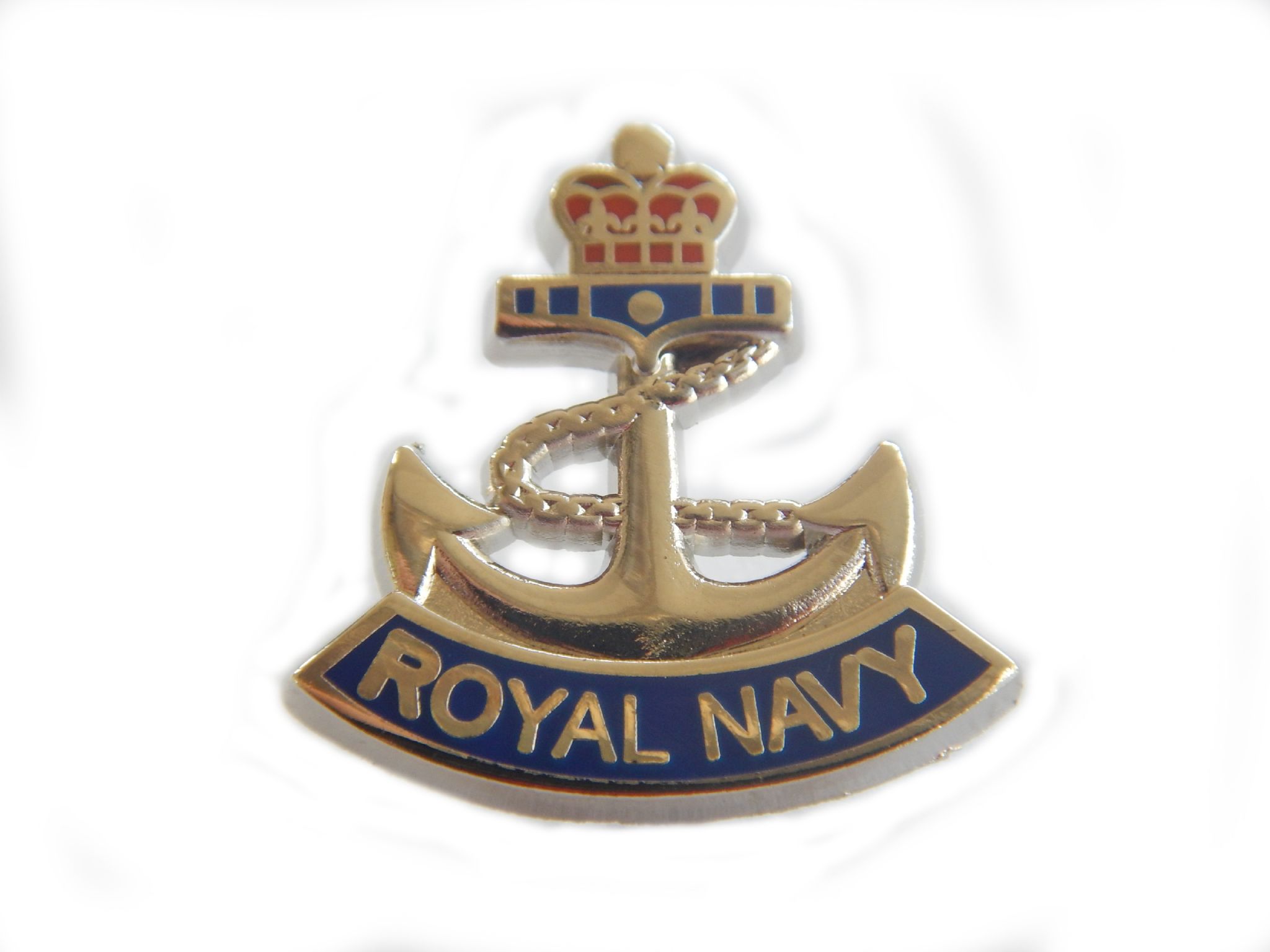 The badge of the Royal Navy.

Donald became a part of the Russian Civil War when he served on HMS Violent.

Arthur was a member of the Royal Flying Corps. 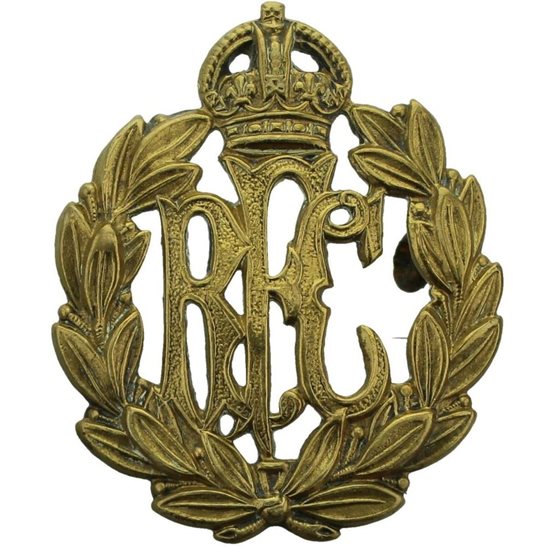 The badge of the Royal Flying Corps.

Arthur became a member of the North Russian Intervention and the Murman Deployment. It was these expeditions which saw foreign troops involve themselves within the Russian Civil War. He took part in a 1919 campaign led by Russian White Army Commander Anton Denikin. This offensive began with much promise and it looked as if they would defeat the communists. However, the situation soon changed and the White Army soon retreated. Disease spread throughout the troops and many of the survivors were evacuated by ships to the Crimea.

Arthur was awarded the Order of St Stanlislas with Swords and Bow. 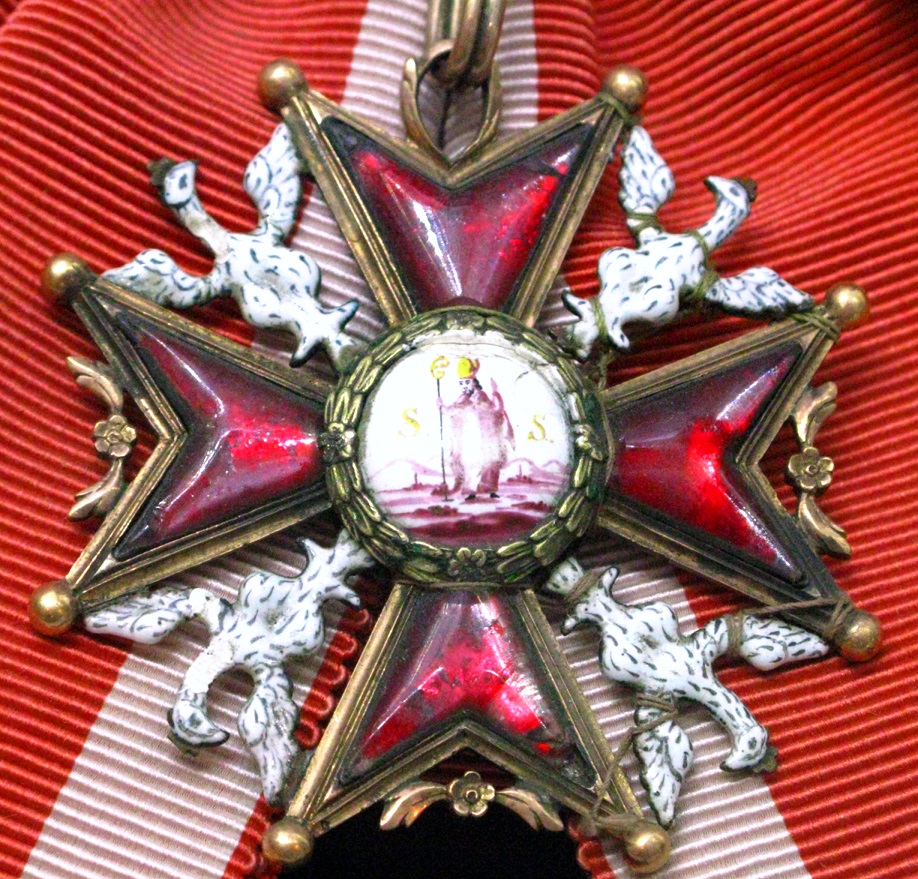 The order of St. Stanislas.

He went on to work as the Superintendent of the Indian State Railways. He died in India after a short illness.

Eric was the son of Rev. George Sherbrooke Walker and Jessie Elizabeth Carter. He was born in Edgbaston, Birmingham, Warwickshire. 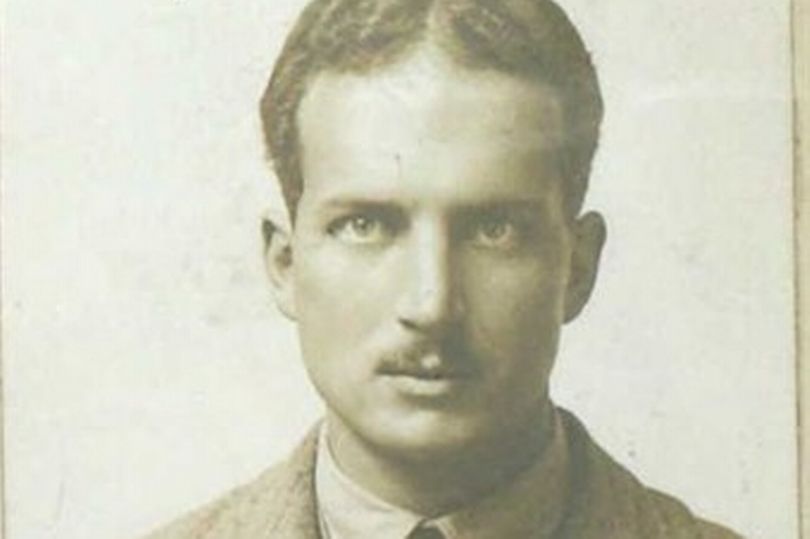 Eric attended Oakham School between 1899 and 1902. He was a member of School House.

Eric went to King Edward's School and to Oxford University. He served as the personal secretary to Robert Baden Powell, the founder of the Scouts. He was at the very first Scout camp in 1908 and was one of the first two Scout inspectors.

He served in the First World War in the Royal Flying Corps. He was shot down and taken as a prisoner of war. During the war, he wrote a journal with information about his flight and battles. You can find his journal in Wigan Archives and Local Studies (http://discovery.nationalarchives.gov.uk/details/r/N13951039) .

The cap badge of the Royal Flying Corps.

Eric was enlisted as a temporary Captain with the British Military Mission in South Russia, helping the White Army to fight against Bolsheviks. 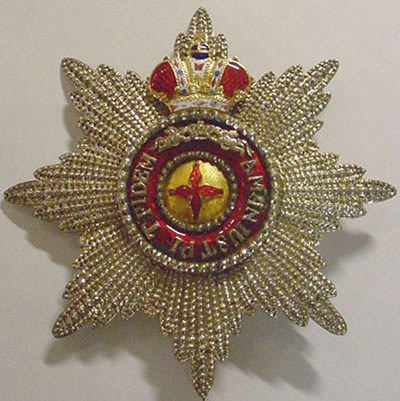 During the Second World War, Eric served as a Major with the South African Forces.

Just before Princess Elizabeth succeeded to the throne, Eric hosted the Princess and Prince Phillip at Treetops, Kenya, in 1952.