After the failed French offensive at Neuve-Chapelle in March 1915, General Joffre asked for the British’s help to plan a pincer attack in Artois at the beginning of May 1915. The aim was to break through the German line north of Arras. The main thrust would be carried out by the French 10th Army on Vimy Ridge, with two supporting attacks on the flanks to secure the heights of Lorette Spur.

The plan was for the French to attack first, followed by a British assault, north and south of Arras. The British 1st Army and Indian troops were led by General Sir Douglas Haig. They were to take Aubers Ridge, a German position. The French attack was preceded by a long bombardment of the German lines for several days. The British attack was preceded by a short but intense artillery fire, 40 minutes before the infantry went over. Three squadrons of 1st Wing Royal Flying Corps assisted the British army in guiding the artillery fire. The British dug two tunnels across no man’s land, about 100 meters long, and planted two 1-ton mines under the German front line.

After the attack at Neuve-Chapelle, the Germans had considerably strengthened their defences with barbed wire fences, they had built shelters every 20 meter, they had installed machine guns behind steel plates and had deepened their trenches and raised the height of sand bag parapets.

The French started the shelling on 3rd May 1915, the assault was scheduled for 7th May. However, heavy rain and mist on the day before meant that the attack had to be postponed. The French then launched their attack on 9th May 1915, at the same time as the British. At 5am, the British started their bombardment of the German lines and the infantry left the trenches at 5.40am. The soldiers came under heavy artillery fire and were killed or wounded almost as soon as they went over. A few isolated groups of soldiers managed to advance to the German trenches but they were exposed to enemy fire. They retreat across no man’s land at night.

Sir Douglas Haig decided to renew the attack. At 3.20pm, the bombardment was repeated and the new assault was launched at 3.45pm. At 6pm the order was given to stop the attack. The German artillery had started shelling no man’s land and the British front line. The Battle of Aubers Ridge was deemed a failure as no ground had been won and no tactical advantage had been gained.

Casualties: 11,000 British soldiers were killed, wounded or missing. It took three days to transfer the wounded to the field ambulance on the second line.

Old Oakhamians who Fell During the Second Battle of Artois 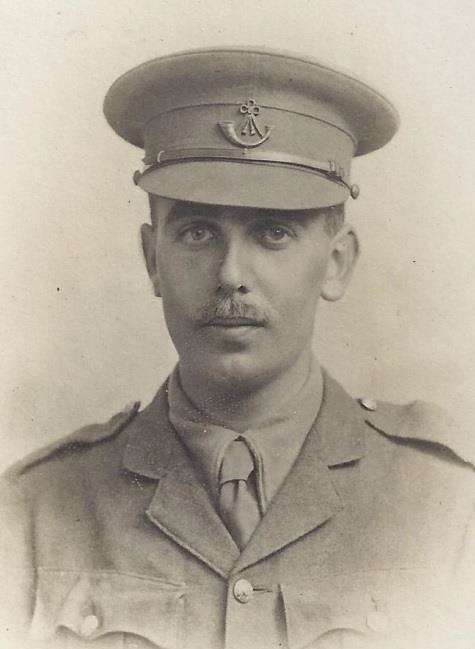 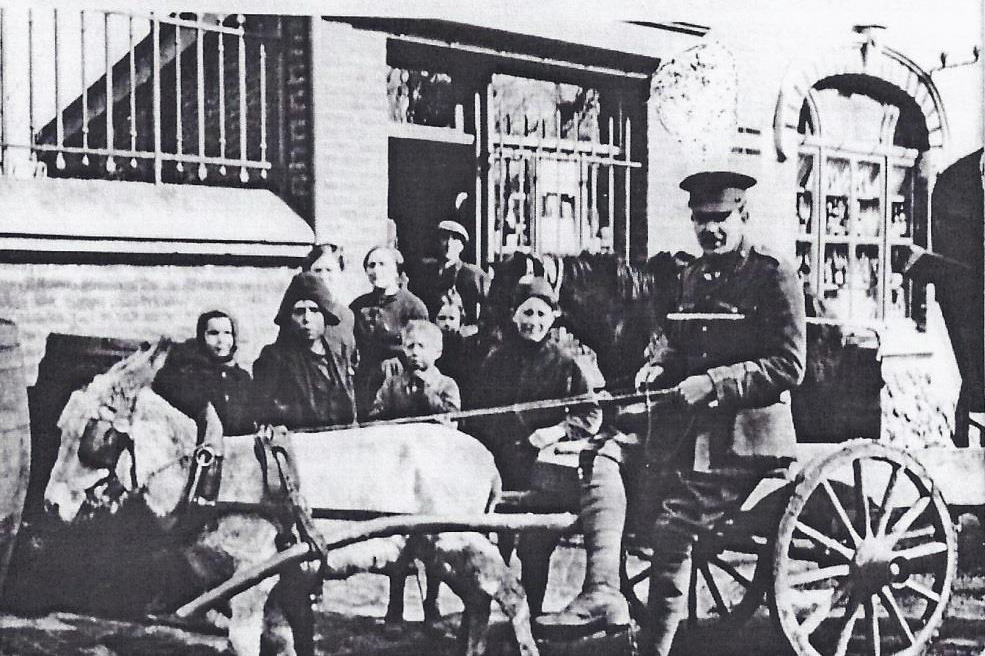 Douglas was born to Reverend Algernon G.P. and Catherine C.L. Humfrey from Branbury. 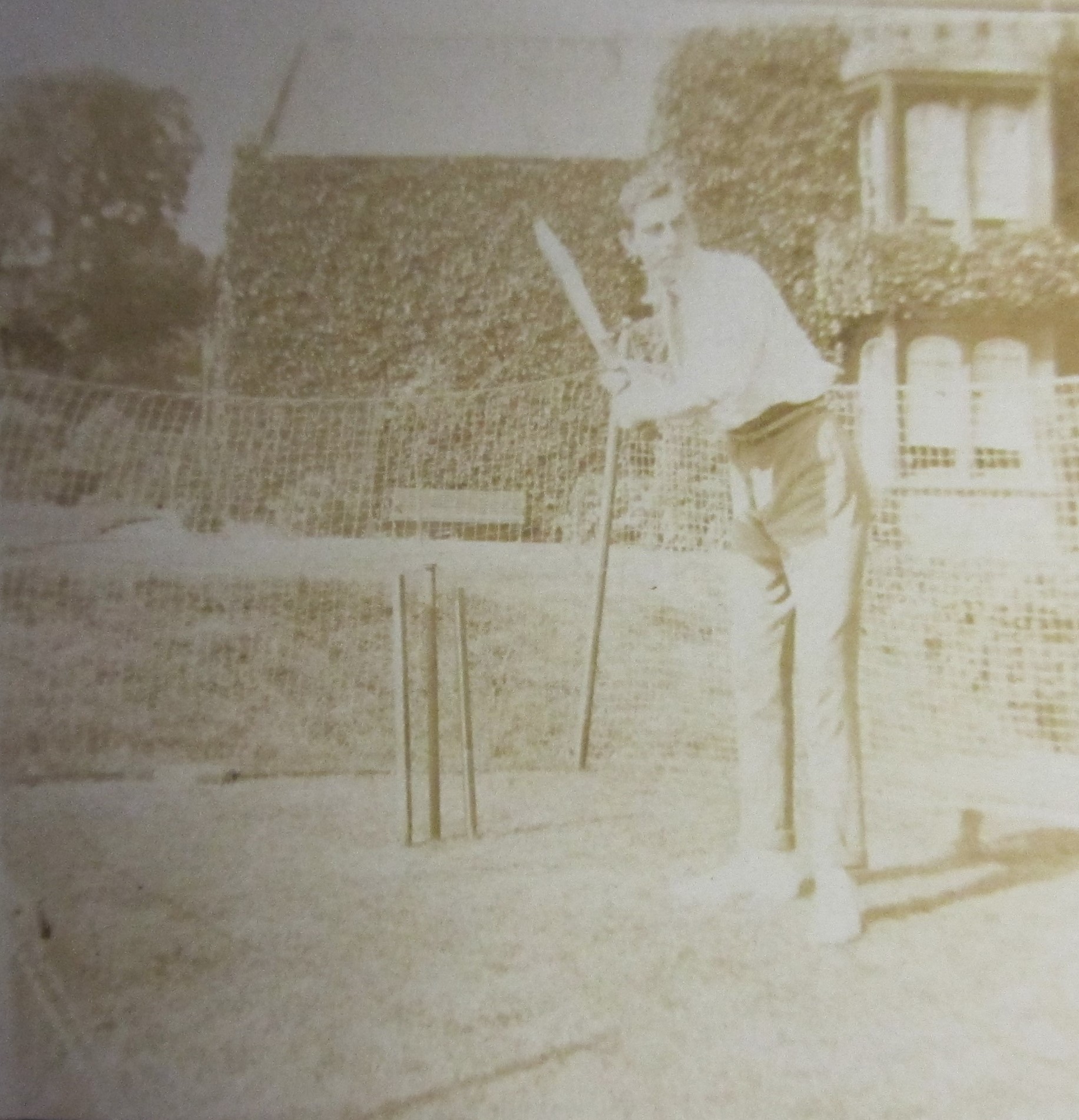 Douglas attended Oakham School between 1902 and 1907. His school achievements are listed below: 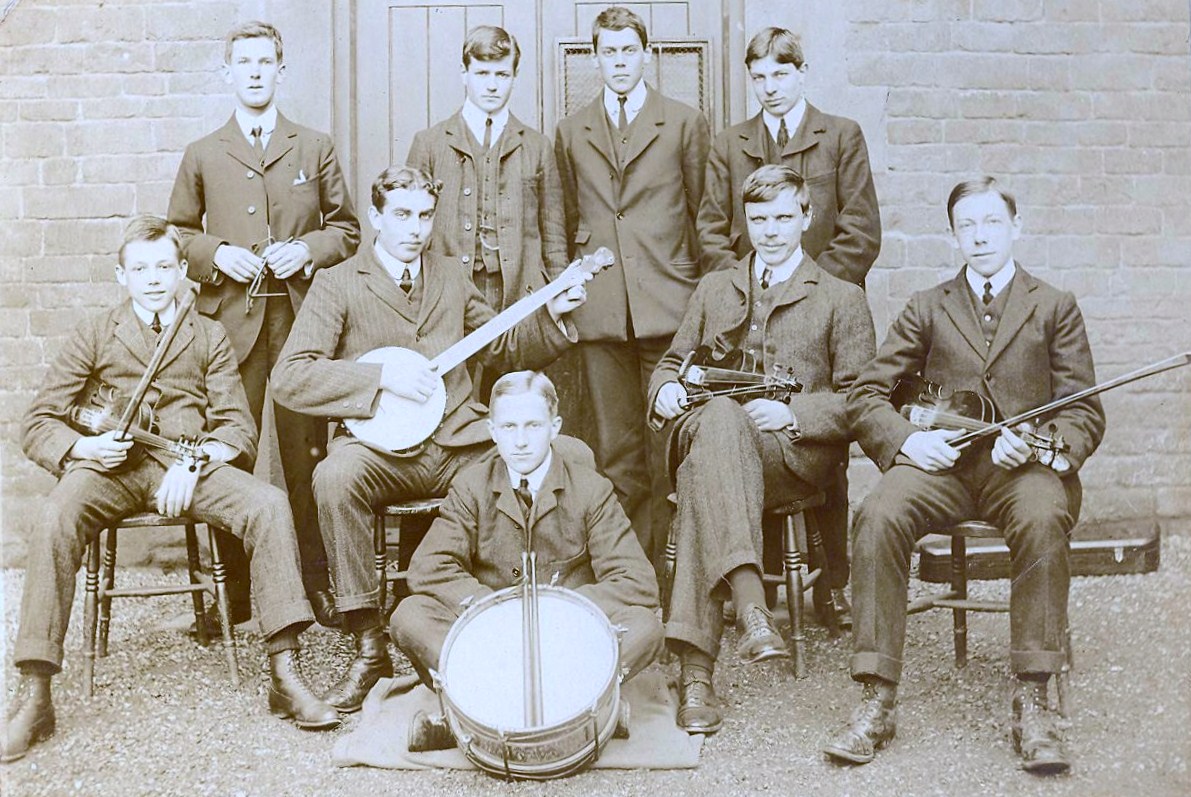 ​Music band in 1906 - Douglas is sitting second from left. 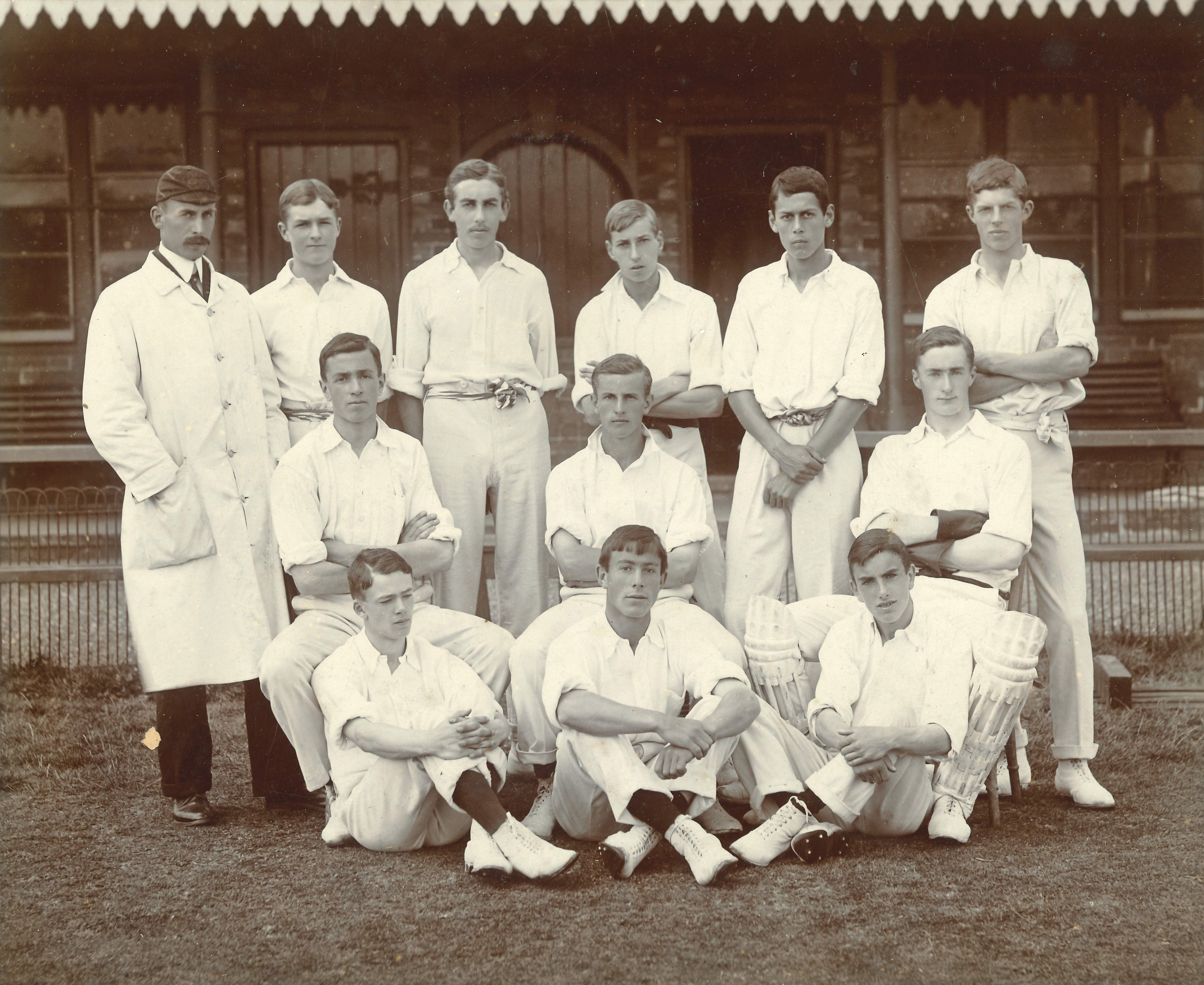 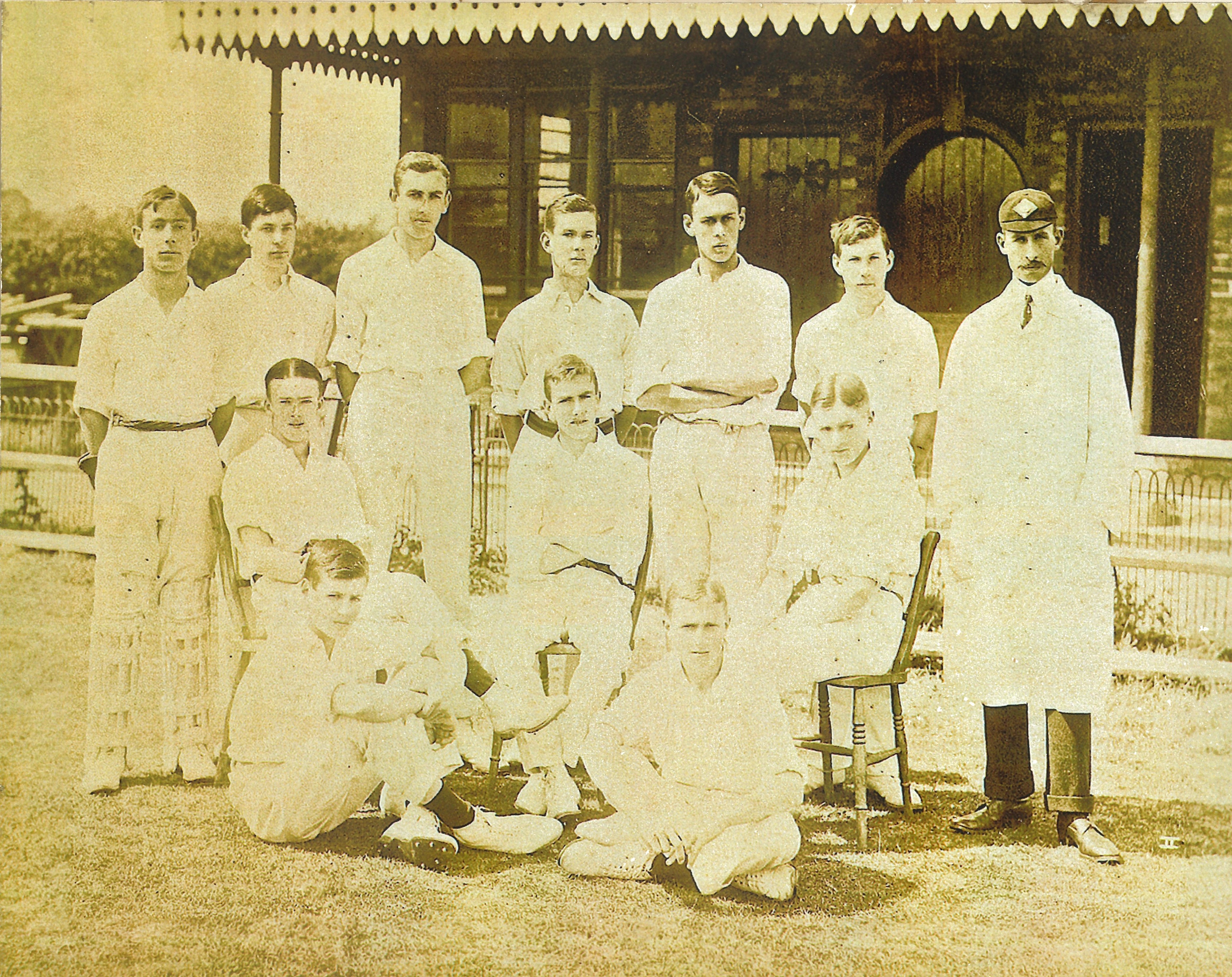 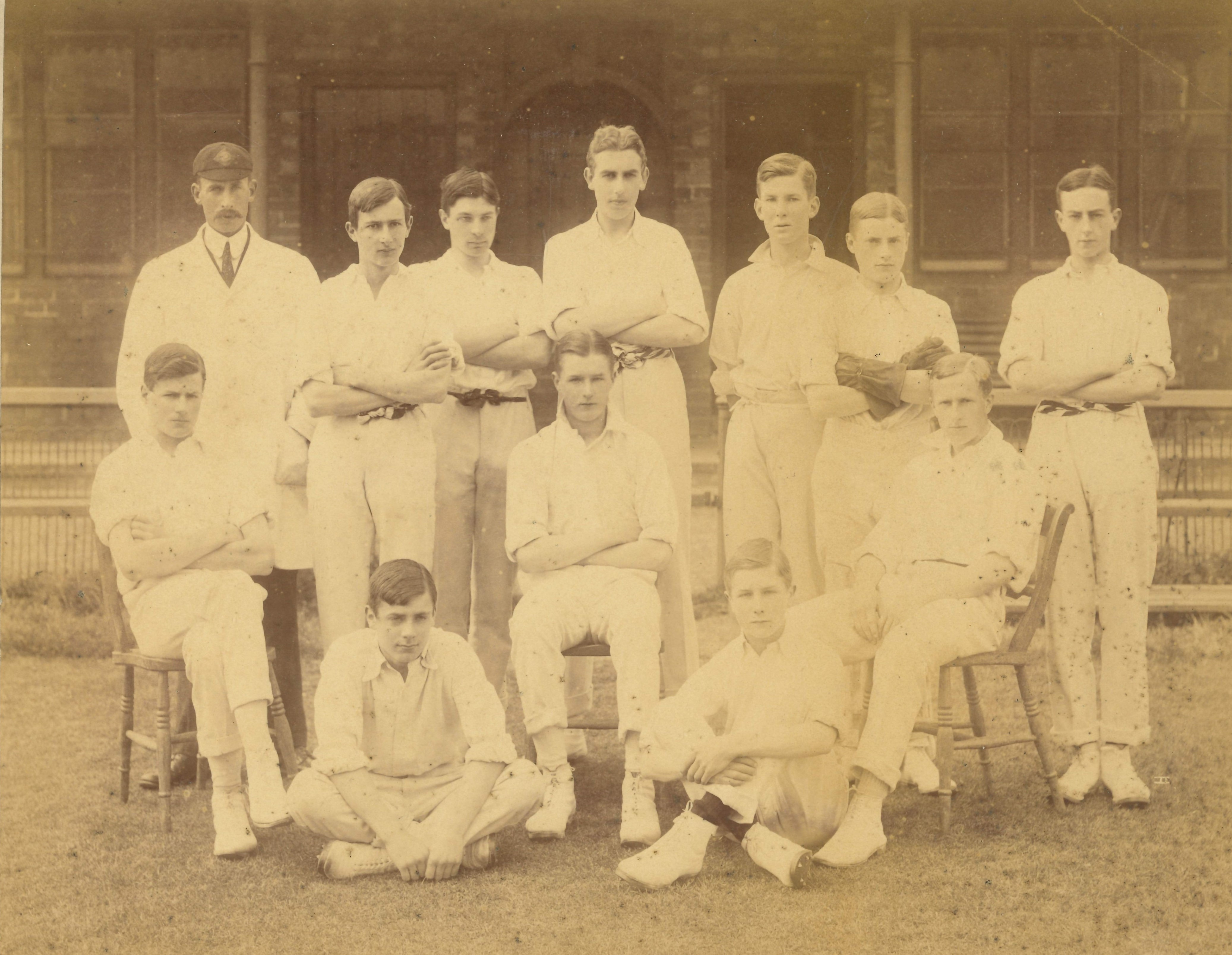 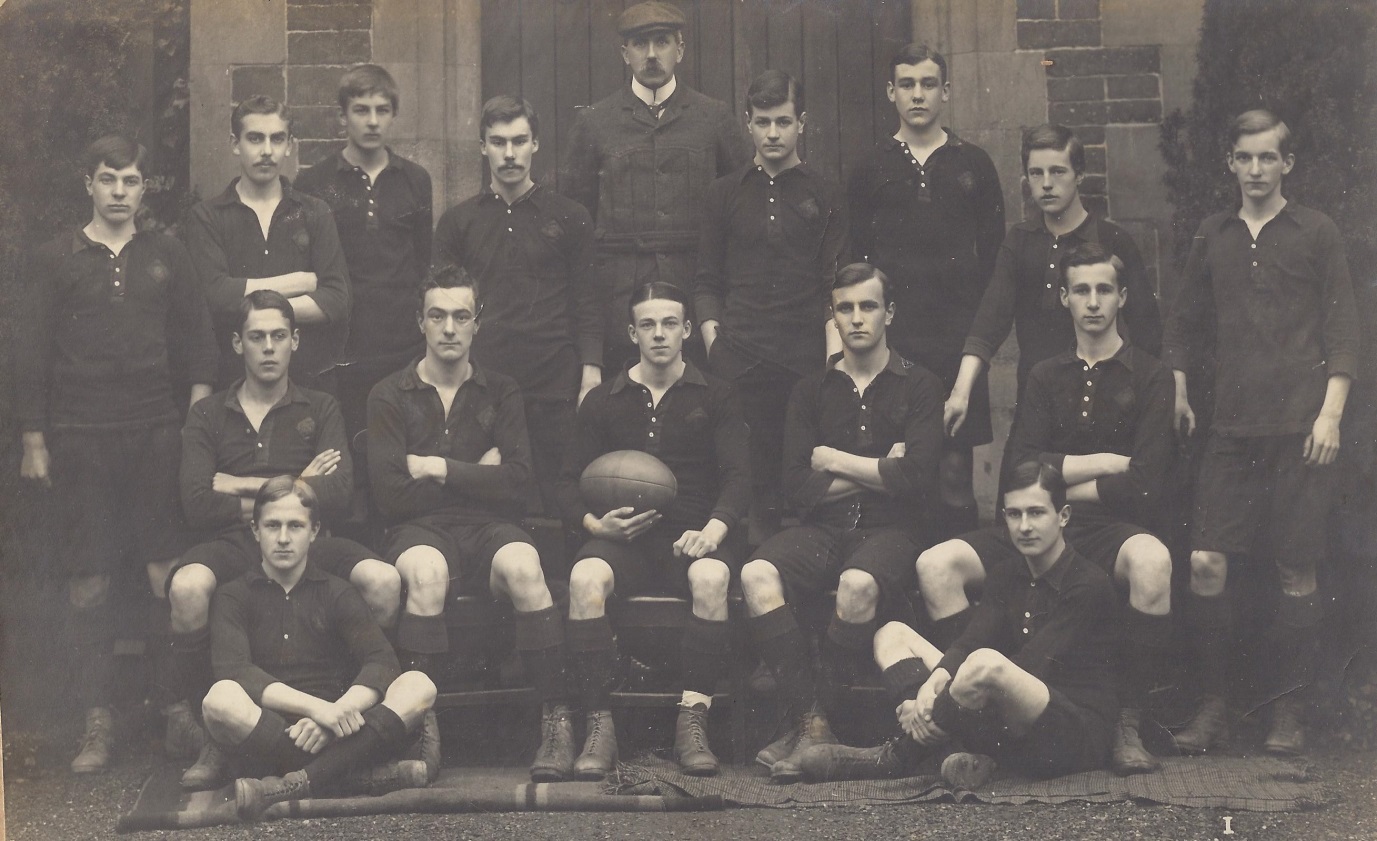 Douglas and John Furley met Emmeline Pankhurst when she came to Oakham and had tea with her in Summer 1907. John fought in the First World War but survived.

In his sporting and music career, the Oakhamian Magazine made comments upon his abilities.

Summer 1905 Cricket review: ‘one of the most promising players; He had but a few opportunities in the course of the season of showing what he could do as a batsman; he is much too slow in the field.’

Summer 1906 Cricket review: ‘A free but far from sound bat; improving as a fieldsman. Made a double figure score vs. Trent College.’

Winter 1905 Rugby review: ‘Not nearly energetic enough to be really useful as a forward: he must use his best endeavours to develop at least a modicum pace.’

Winter 1906 Rugby review: ‘Has come a great deal since last season; a good dribbler and useful out of touch.’

Easter 1907 Music review: ‘he was the leader of the basses. He reads music with ease and his voice has a fine volume.’

After School, Douglas studied at Lincoln College, Oxford University and obtained a BA. He worked as a private tutor. He joined the Oxfordshire and Buckinghamshire Light Infantry. He held an appointment in Russia before going to France to serve in the First World War. 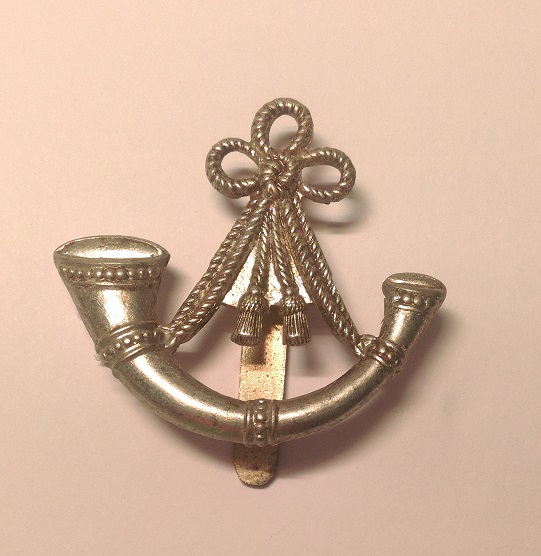 He became a Lieutenant with the 3rd battalion Oxford and Buckinghamshire Light Infantry before being transferred to the 2nd Battalion. He fought at the Battle of Aubers and was killed in action on 16th May 1915 during the attack on Fromelles. He was 27.

Douglas is remembered on panel 26 of Le Touret Memorial and in Oakham School chapel. 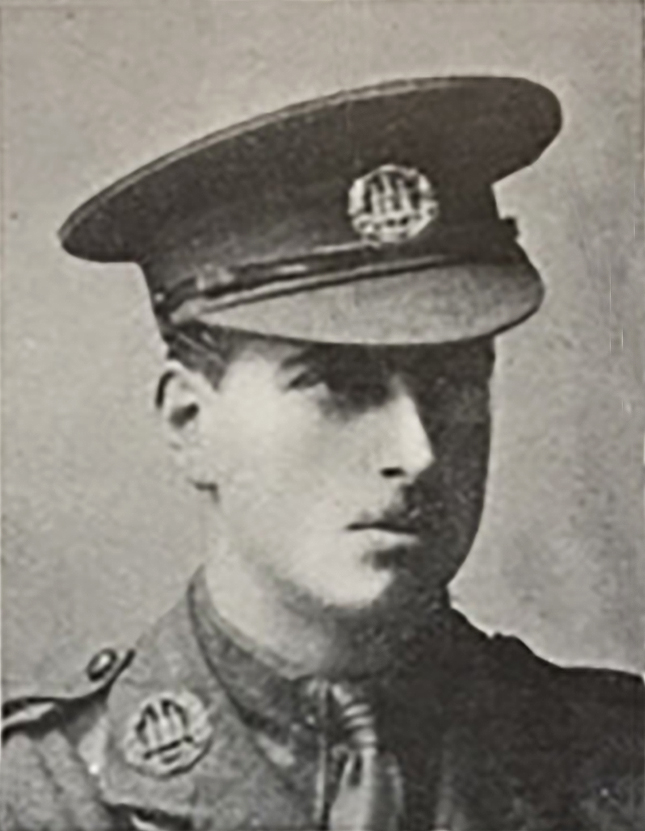 Donald was born in 1894/95 to Lieutenant Colonel Henry and Penelope Ryan of Earls Court, London. He was the grandson of Colonel T. Maxwell and Colonel E.M. Ryan.

Donald attended Oakham School between 1904 and 1912. His school achievements are listed below: 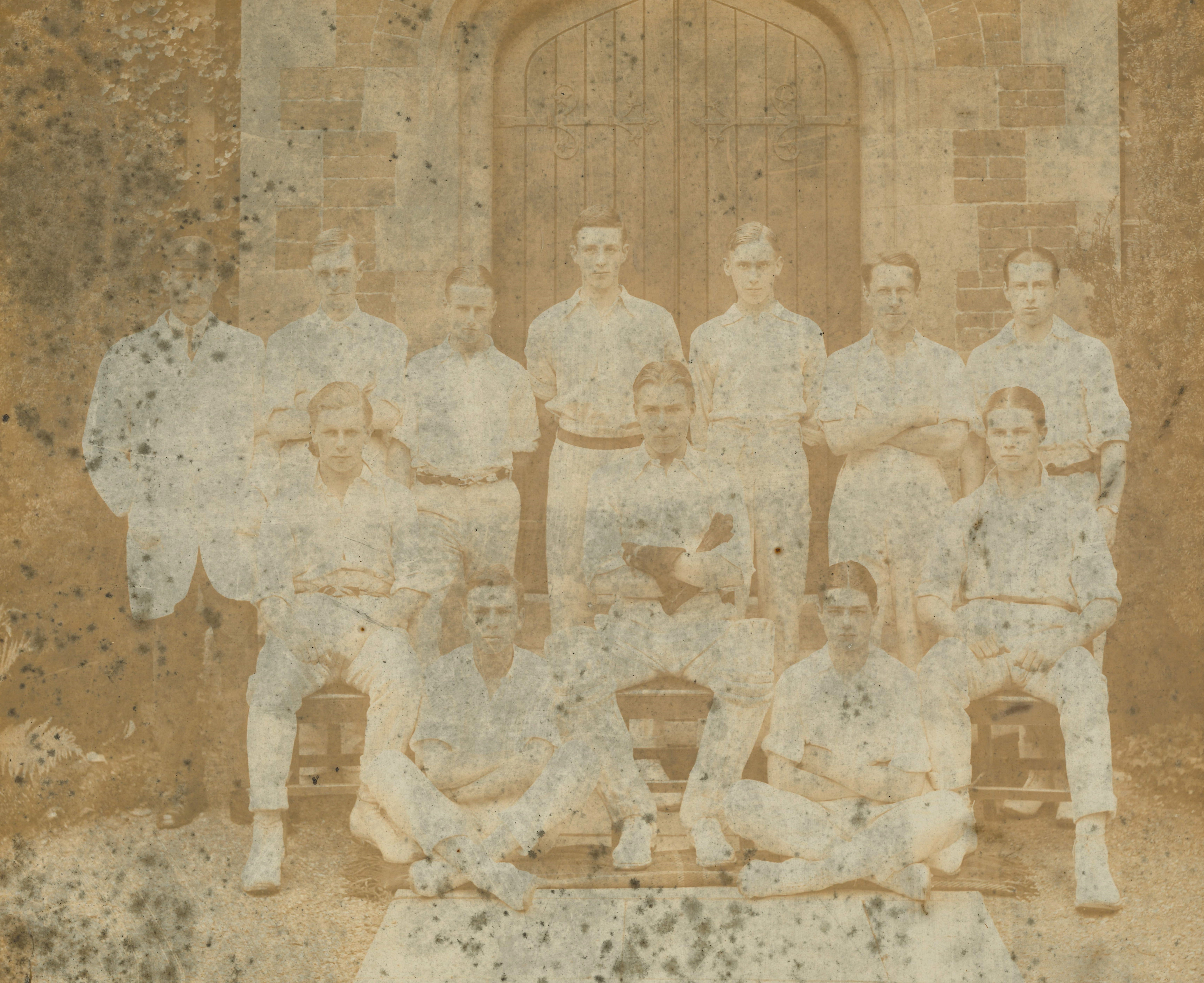 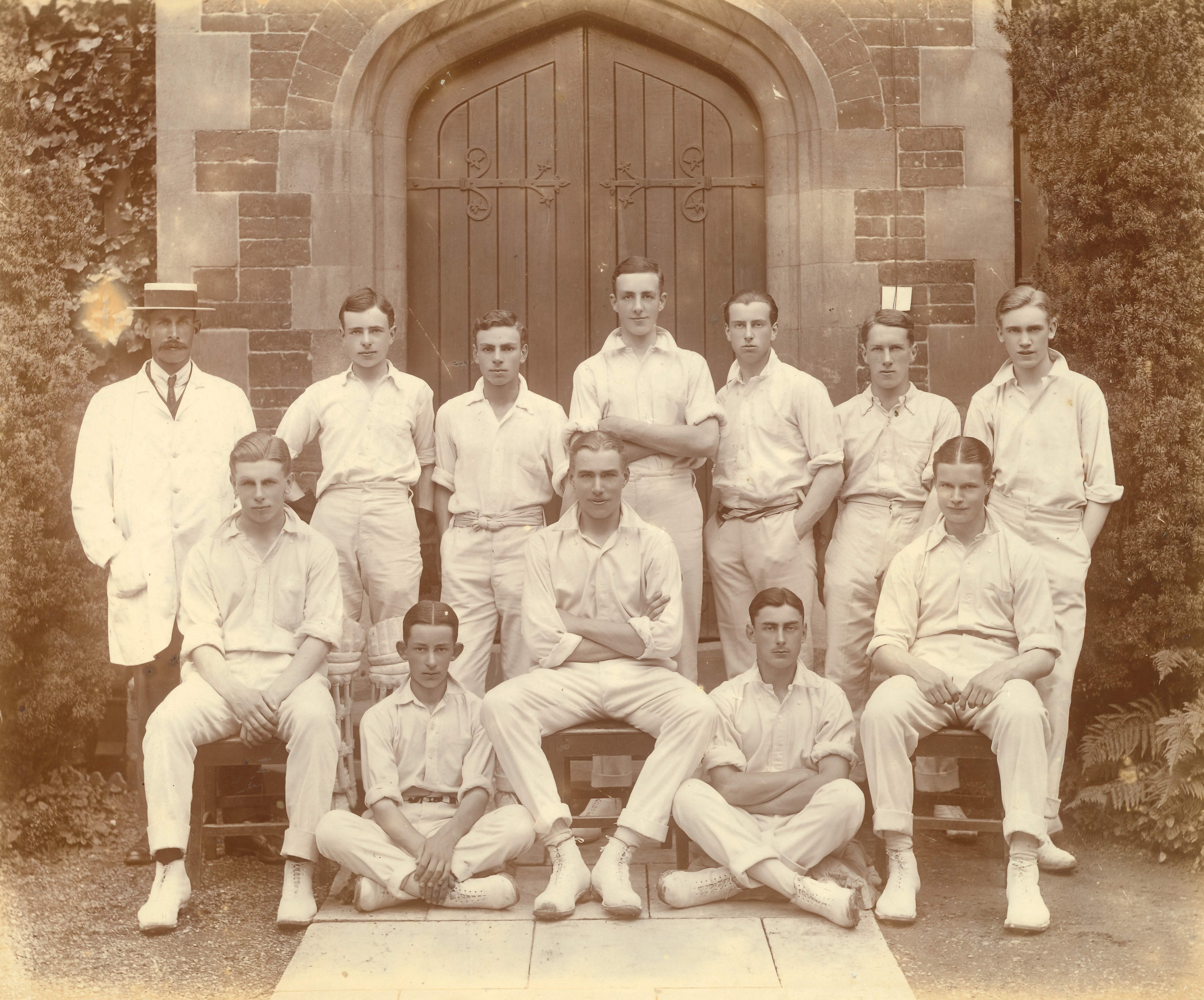 Summer 1911 Cricket review: ‘All trier all through; is a left-handed bowler with a useful swerve, a lucky rather than correct batsman and a strenuous field’.

Summer 1912 Cricket review: ‘Undoubtedly the best bowler on the side. As a batsman singularly unsuccessful and hardly a trustworthy fieldsman’.

Winter 1910 Rugby Review: ‘A light forward but remarkably strong on his legs; he is smart in the loose and quite does his share of the collaring.’

Winter 1911 Rugby Review: ‘A light but fast forward; always prominent in the loose but inclined to dribble wide. Kicks well and does a lot of tackling.’

Winter 1912 Rugby Review: ‘A fast and keen forward and distinctly good in the loose. Did good work in the scrum and led the pack well. A poor tackler.’

After school, Donald became a Second Lieutenant with the 2nd Battalion Northamptonshire Regiment. His battalion landed at Le Havre on 5th November 1914. 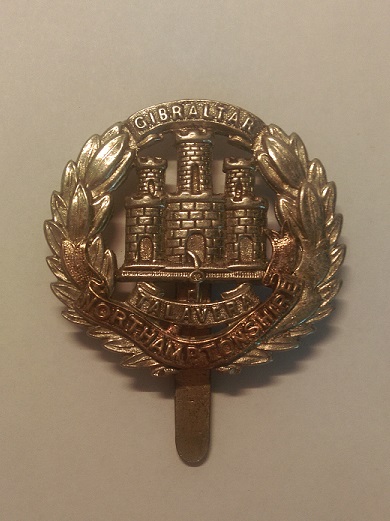 Donald was killed in action on 9th May 1915 during the Battle of Aubers Ridge. He was 20.

Donald is remembered on the Ploegsteert Memorial, panel 7, and on the war memorial in Oakham School chapel. 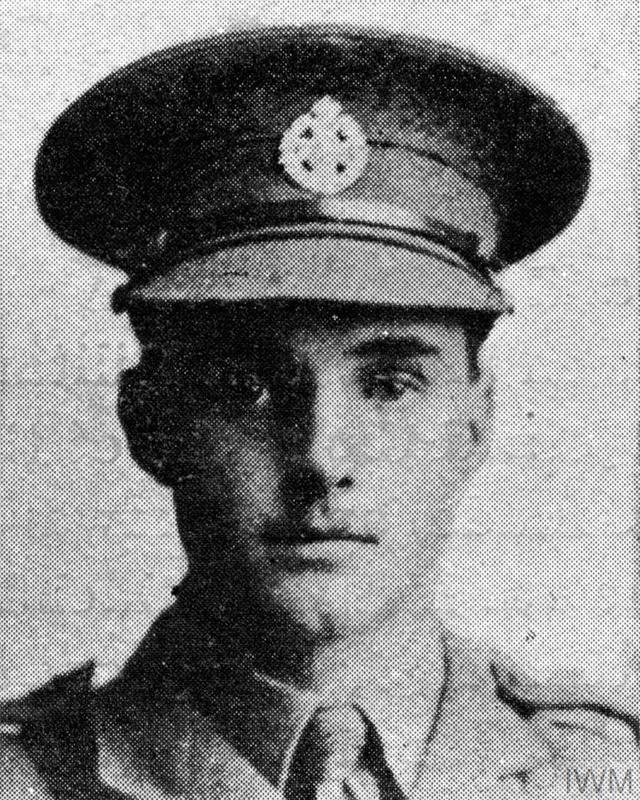 Talbot was born to Dudley Henry Eden and Kathleen Stanhope, 9th Earl and Countess of Harrington of Elvaston Castle, Derby. He was born at Whitefield House, Uldale, Cumberland.

Talbot attended Oakham School between 1910 and 1913. His school achievements are listed below:

After school, Talbot passed 17th into RMC Sandhurst and gained a prize cadetship. In July 1914, he was sent to Minster, Isle of Shippey. He received his commission in October 1914 in the 5th Battalion Rifle Brigade (prince Consort’s Own). 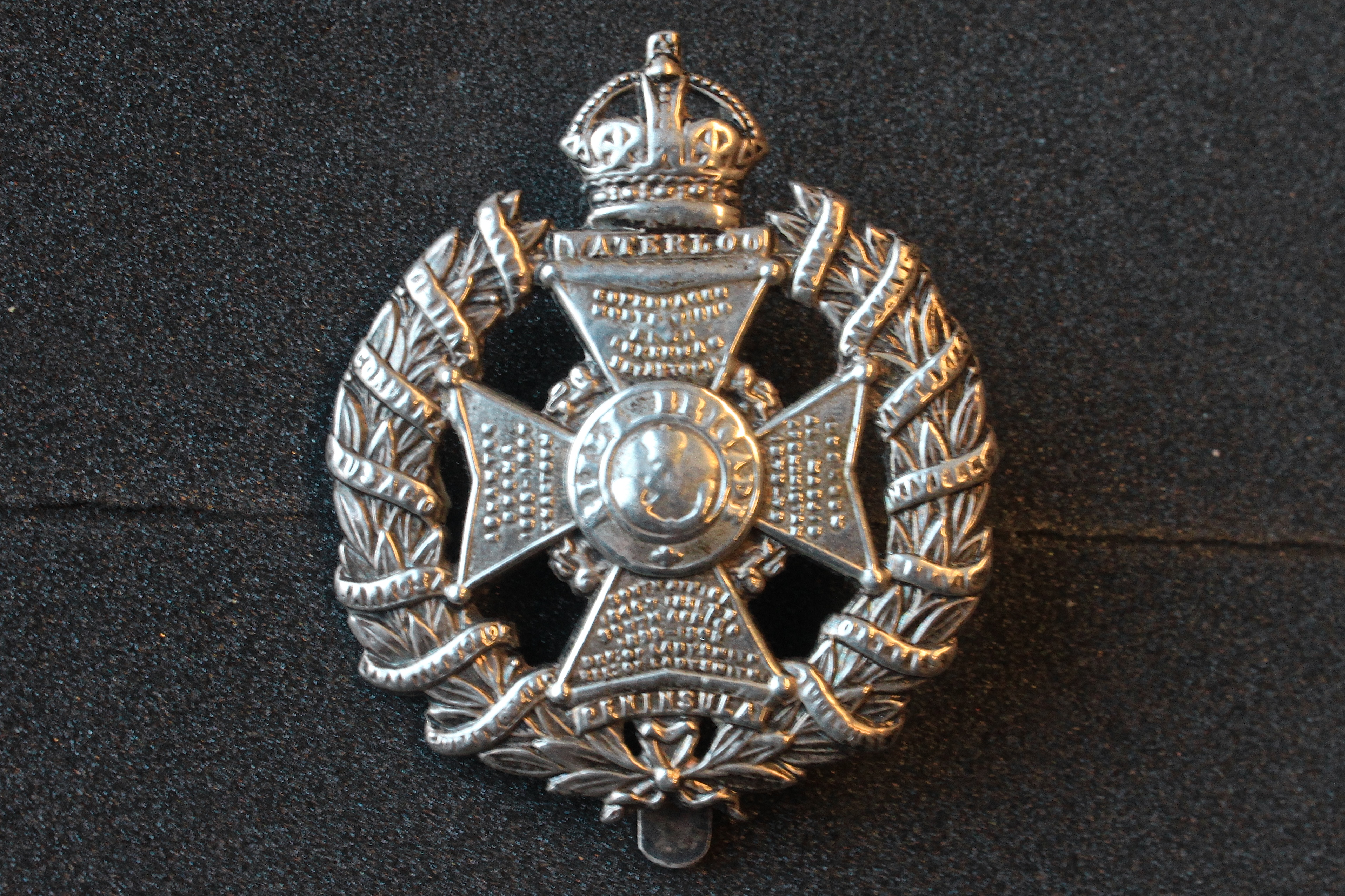 He left to the front in March 1915 as a Lieutenant with the 2nd Battalion, 25 Brigade, 8th Division. Talbot was killed in action at Fromelles in the Battle of Aubers Ridge on 9th May 1915 during an attack on German trenches. He was 18.

Talbot was awarded the British War medal, the Victory Medal and the 1915 Star. 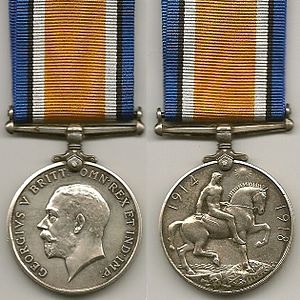 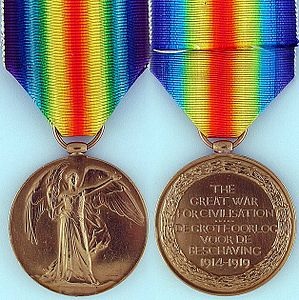 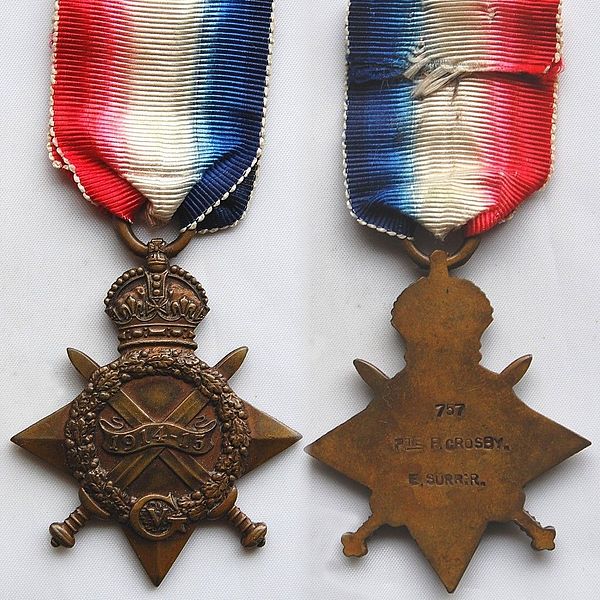 The British War Medal, the Victory Medal and the 1915 Star.

Talbot’s grave was lost but he is remembered on panel 10 at the Ploegsteert Memorial to the Missing, on the Copythorne Memorial in the New Forest and in Oakham School chapel. 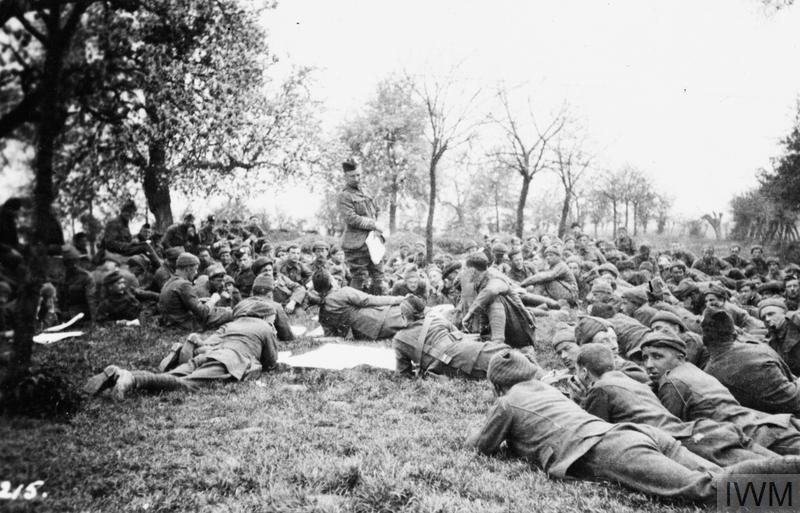 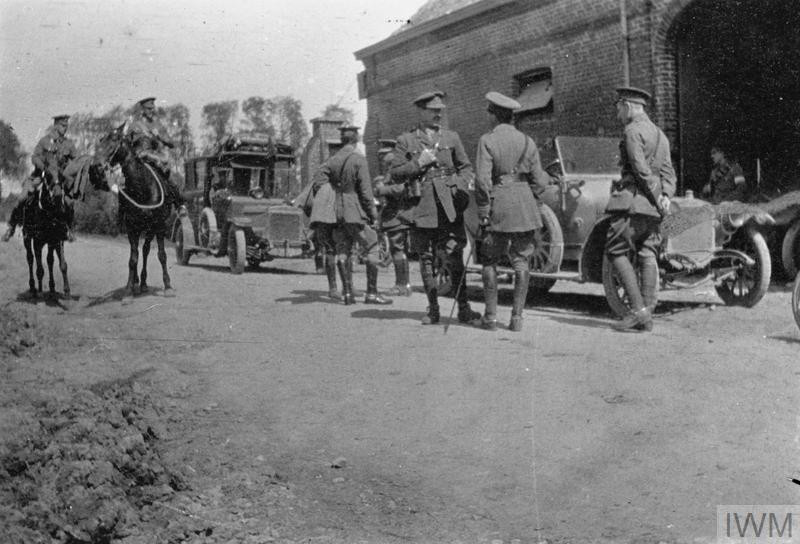 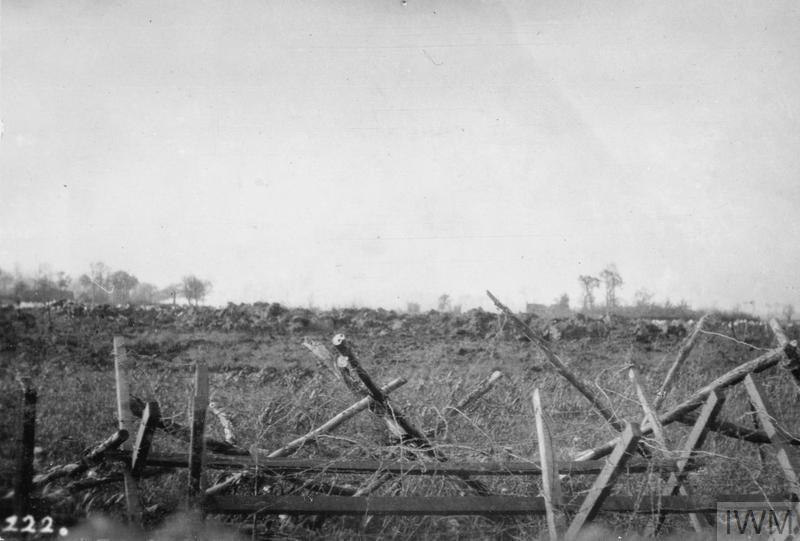 Attack on Fromelles. Effect of the explosion of two mines on the German trenches. British defences in the foreground. © IWM Q 51627 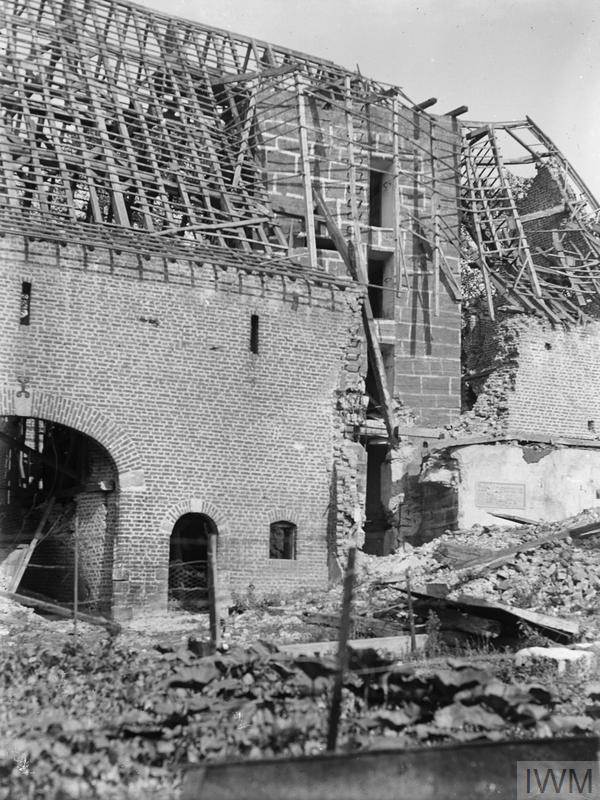