At the beginning of the war, the Royal Navy was the largest in the world. It included the Dominion Navy with ships from the Australian Navy, Canadian Navy, Indian Navy an New Zealand Navy. The Home Fleet was based at the Firth of Forth (Scapa Flow) in Scotland. It consisted of: 15 battleships, 7 aircraft-carriers, 63 cruisers, 184 destroyers, 60 submarines and 123 miscellaneous, including sloops, torpedo boats and minesweepers. The French and British allies had divided the seas between their respective fleets. Britain and the Empire would control the North Sea and most of the Atlantic, assisted by some French ships, and both fleet would share the control of the Mediterranean. The three strategic routes protected by the British fleet were the North Atlantic route to Canada and the United States, the route to South America and the route to the Far East through the Suez Canal and Egypt.

The main threat came from German U-Boats in the North Sea. The Luftwaffe later developed a new technology: magnetic mines. Convoys had to be protected by anti-submarine escorts, especially in the North Atlantic. The Royal Navy patrolled the waters between Scotland, Iceland and Norway and planned a maritime blockade of Germany. One of the main duty of the Home Fleet was to transport and escort troops to France and the Far East. The Royal Navy and the Dominion Navy had an crucial role in the major landings and rescue of the war: Operation Dynamo (the evacuation of Dunkirk), the Sicily invasion, and D-Day landings. The Battle of the Atlantic, or the war of convoys, was a war of attrition. The German Fleet and the Luftwaffe attempted to block the route between Britain and the American continent and the route through the Bay of Biscay and entry to the Mediterranean.

Throughout the war, technological progress improved the radars and anti-submarines weapons installed on British ships.

Old Oakhamians who Fell at Sea

Charles was the son of Charles and Norma Katrine Charters of Newcastle-upon-Tyne.

Charles attended Oakham School between 1938 and 1942. He was in School House. His school achievements are listed below: 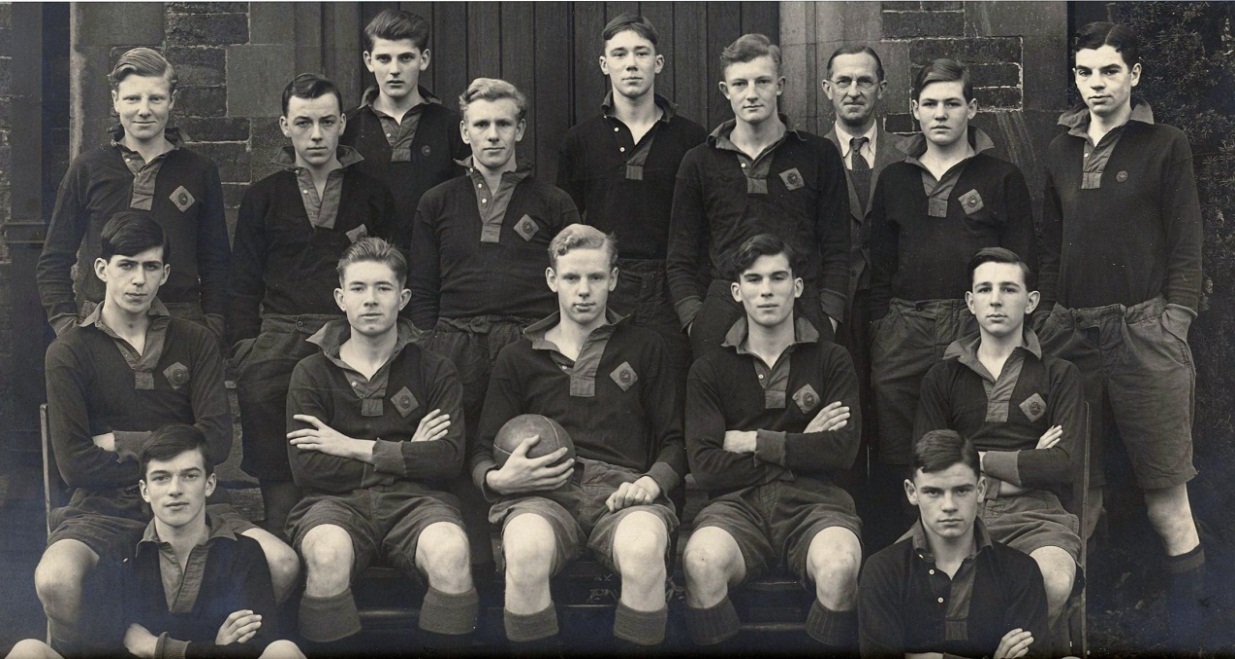 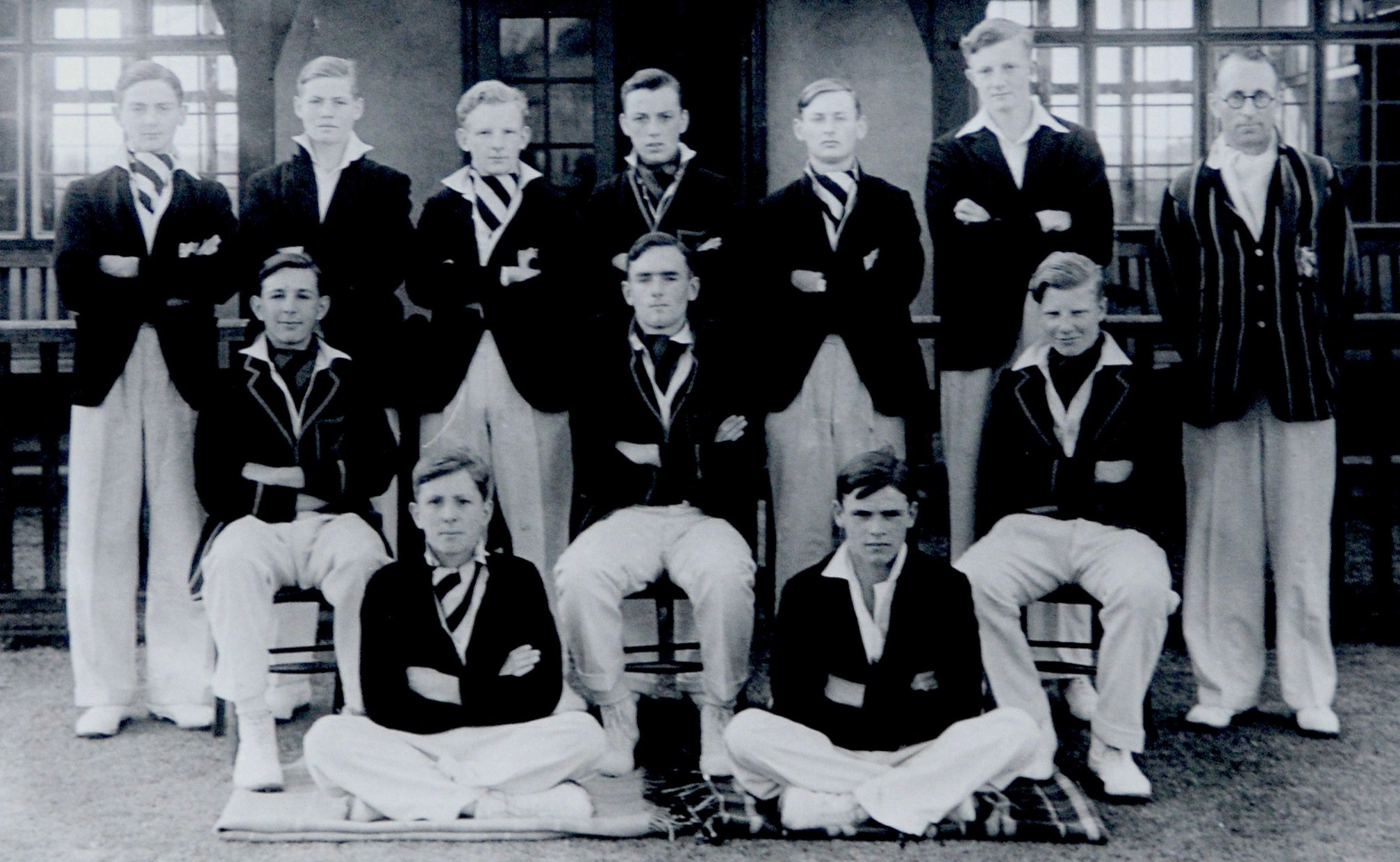 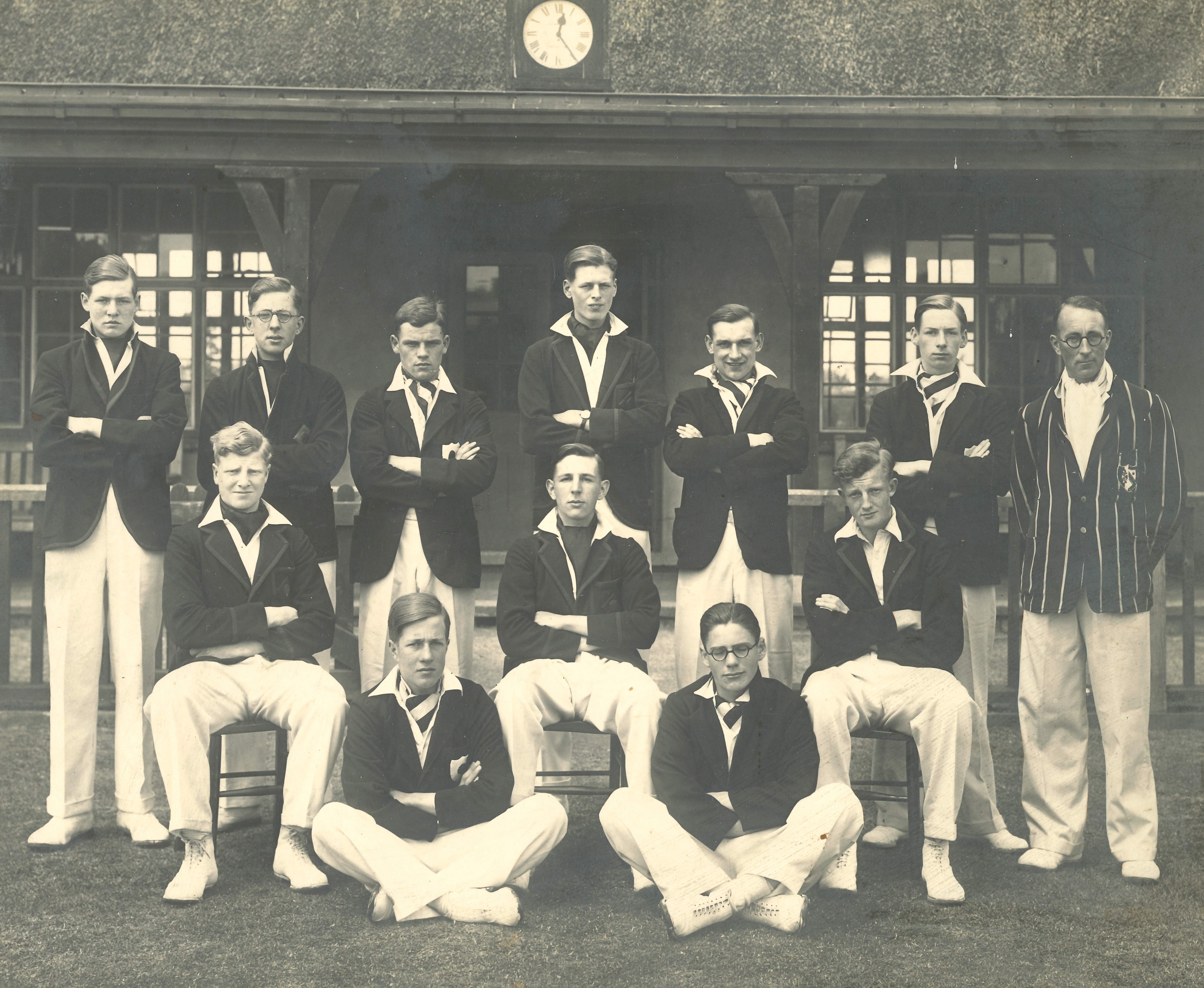 A keen sportsman, the Oakhamian made comments upon both his rugby and cricketing prowess.

Summer 1941 Cricket review: ‘His ground fielding is the best in the XI, but his catching is not safe. He can bowl steadily, and will meet with success in batting as soon as he gains more confidence.’

Summer 1942 Cricket review: ‘As a bat he has been disappointing through lack of foot-work; a useful but erratic change-bowler; an excellent ground field.’

Winter 1941 Rugby review: ‘A promising inside three-quarter with a good turn of speed; his handling is uncertain and he has not quite maintained the strong thrust he showed early in the season; tackles very well; a strong kick.’

Winter 1942 Rugby review: ‘A fast inside three-quarter with a very good cut-through; has handled the ball better than last year but does not always make the best use of his opportunities; sound in defence; a fair kick.’

After school, Charles went to New College, Oxford. He joined the Royal Naval Volunteer Reserve and was Temporary Acting Sub-Lieutenant in 1944. He served on board HMS Kelvin. 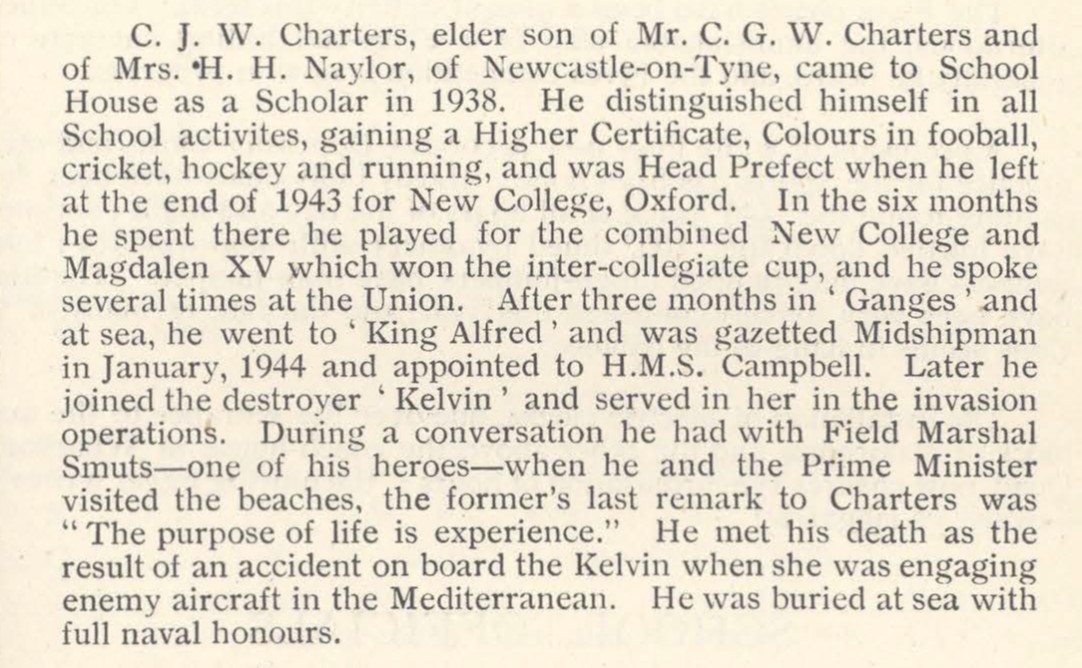 Roll of honour in the Oakhamian Magazine, Spring term 1945, Vol.59.

He was buried at sea and is remembered on panel 79.3 of the Chatham Memorial.

Charles was the son of William and Sybil Rosalie Graham-Brown.

Charles attended Oakham School between 1929 and 1932. He was in School House. His school achievements are listed below:

After school, Charles obtained a MA in Edinburgh. He worked in a Literary Agency. He married Mary Felicity of Great Horkseley, Essex. When the war broke out, he joined the Royal Army Service Corps, seconded to Royal Engineers. 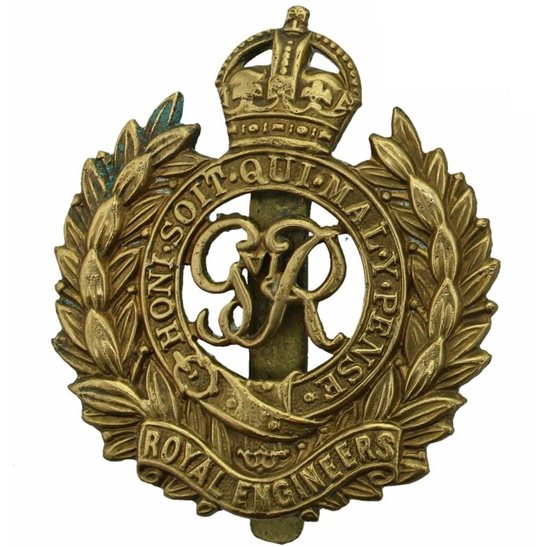 Roll of honour in the Oakhamian Magazine, Spring term 1946, Vol.59.

Hubert was the son of Henry and Elizabeth Harvey.

Hubert attended Oakham School between 1910 and 1915. His school achievements are listed below:

After school, Hubert married Eva May of Allington, Lincolnshire. He joined the Royal Navy. He served on board the minesweeper HMS Niger, as Chief Engine Room Artificer. His ship took part in the evacuation of the BEF from Dunkirk. On 27th June 1942, HMS Niger departed from Murmansk for the UK with Convoy QP13 (35 ships). In the evening of 5th July, in heavy fog and by an error of navigation, mistaking an iceberg for land, HMS Niger sailed into an allied minefield off Iceland. The ship blew up and sank. Unfortunately, she was leading the convoy and the ships Heffron, Hybert, Massmar and Rodina were also mined and sunk. Hubert was 43.

He is remembered on panel 60, column 1 of Chatham Naval Memorial, Kent.

Irvine was the ward of Mrs L. Fortune of Enfield, Middlesex.

Irvine attended Oakham School between 1938 and 1939. He was in Wharflands. His school achievements are listed below:

After school, Irvine served as Ordinary Seaman with Royal Naval Patrol Service, on board HMS Northern Princess (on loan to the U.S. Navy). 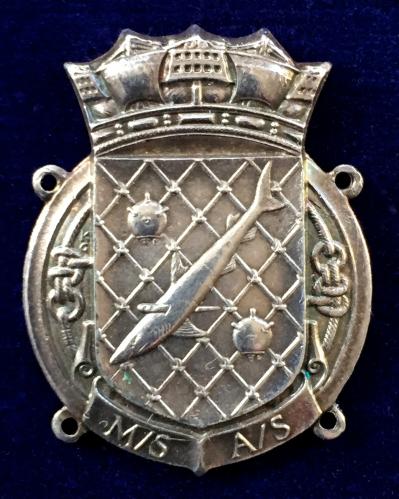 HMS Northern Princess was a British Trawler. She was loaned to the US Navy in February 1942. She was torpedoed and sunk by U-boat U-587 off the Grand Banks, Newfoundland on 8th March 1942. Irvine was amongst the casualties. He was 19.

He is remembered on panel 9, column 3 of Lowestoft Naval Memorial, Suffolk. 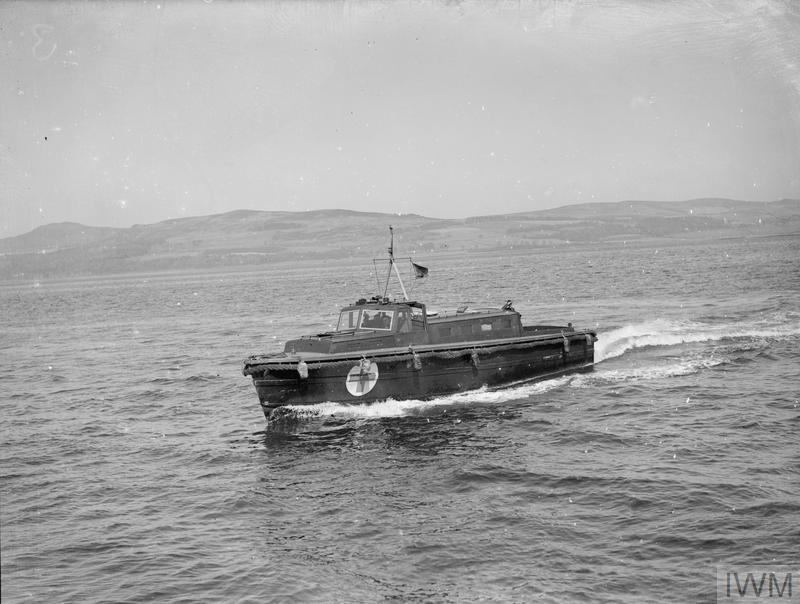 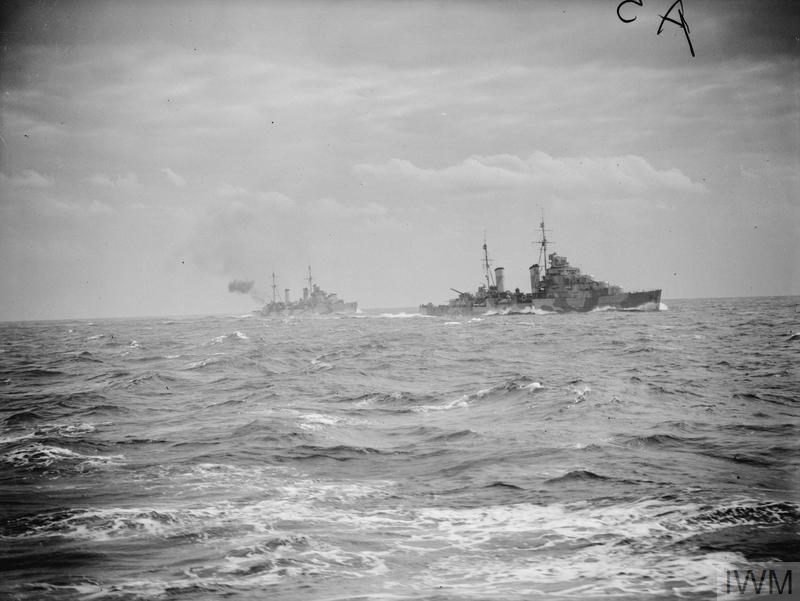 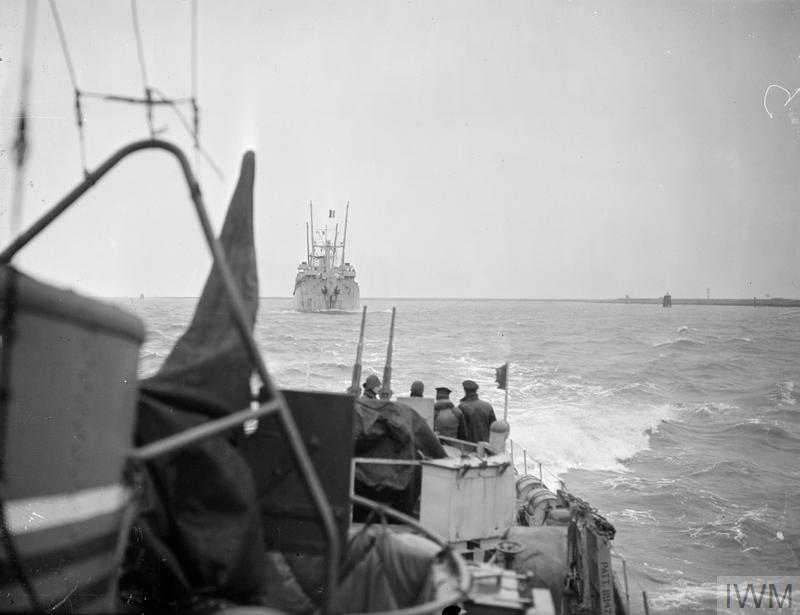