The Sikh Wars were a series of battles which happened in the Punjab (modern day Pakistan). Tensions had grown during the first Anglo-Afghan War (1838 – 1842) when British troops were refused passage through Sikh held lands. In the First Sikh War, Sikh forces crossed the Sutlej River (December 1945) but were subsequently defeated in the battles of Mudki, Firozpur, Aliwal, and Sobraon.

The Second Sikh War began in April 1848 with a revolt by Mulraj, the governor of Multan. By September 1848, a small local revolt became a national one with the Sikh army joining forces with the rebels. The battles which formed the second wars were characteristically poorly managed by British general and very hotly contested.

The Battle of Chillianwallah took place on the 13th January 1849. The British had just captured the city of Multan. The Sikh army was divided and Major General Sir Hugh Gough was commanded to seek out Sher Signh’s army before they could join with others creating a larger Sikh force. Gough had intended to make a flank attack on Singh’s army, but to avoid what would have been a catastrophic attack for them, Singh advanced his army.

The order for the British to attack was given at 3pm but from the beginning, sections of the British army were met with difficulties. Some brigades became unreachable and many divisions such as the 24th Foot, attacked the Sikh guns head on. This, naturally, resulted in an extraordinary loss of life. 590 soldiers, 50% of the division, were recorded as casualties. 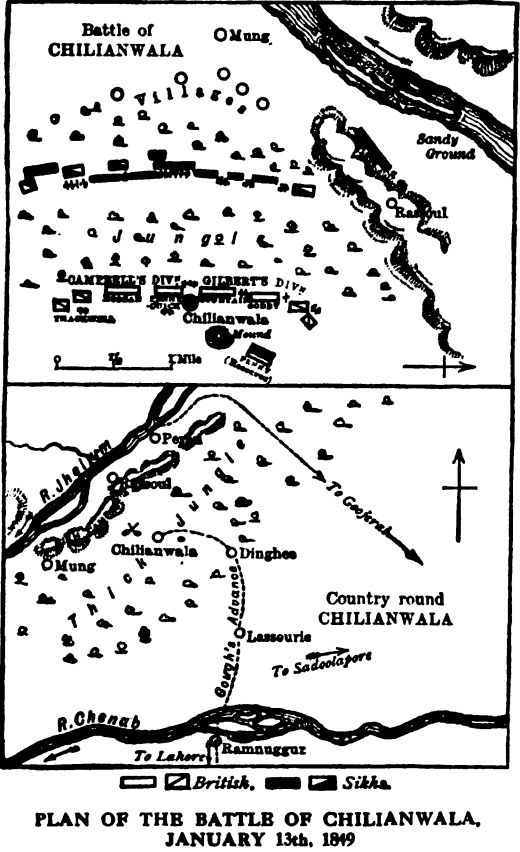 Map of the battle.

During the battle, the regimental colours (symbol of loyalty to the monarch and regiment) were lost. Many of the wounded could not be located in the jungle and scrub of the battlefields. If they had survived the initial wound, many were killed later that night by roving Sikh troops.

Ultimately, the Sikh army surrendered on the 12th March 1849 and the British annexed the Punjab.

Old Oakhamian who fought in the Sikh Wars

Francis was the son of Rev. Dr. Thomas Robinson who was the master of the temple and cannon at Rochester Cathedral.

Francis went to Worcester College Oxford University to study after school. He joined as an ensign in the Bengal Native Infantry. An ensign is a junior officer, one of the lowest commissioned ranks in the armed forced (the lowest until 1871). 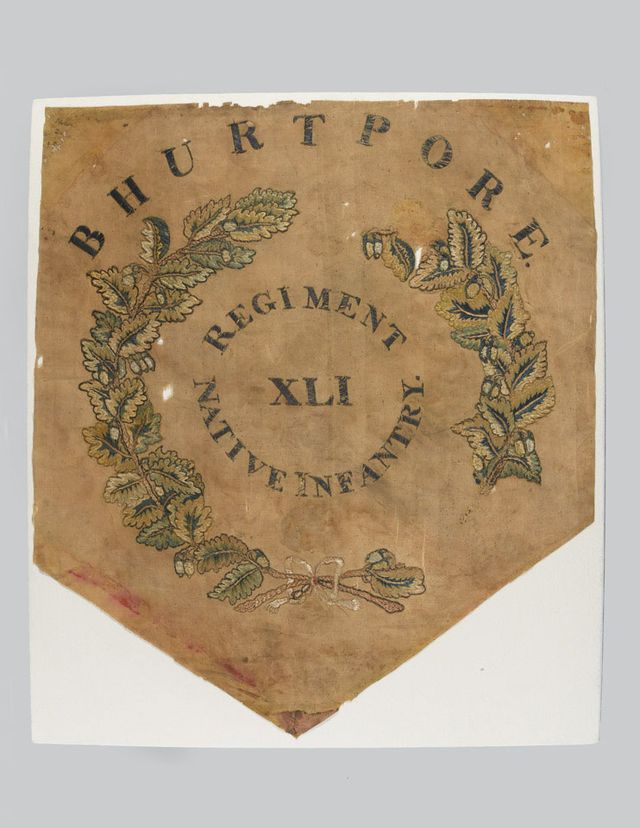 The regimental badge for the Bengal Native Infantry.

Robinson died at the Battle of Chillianwalla, aged 23. 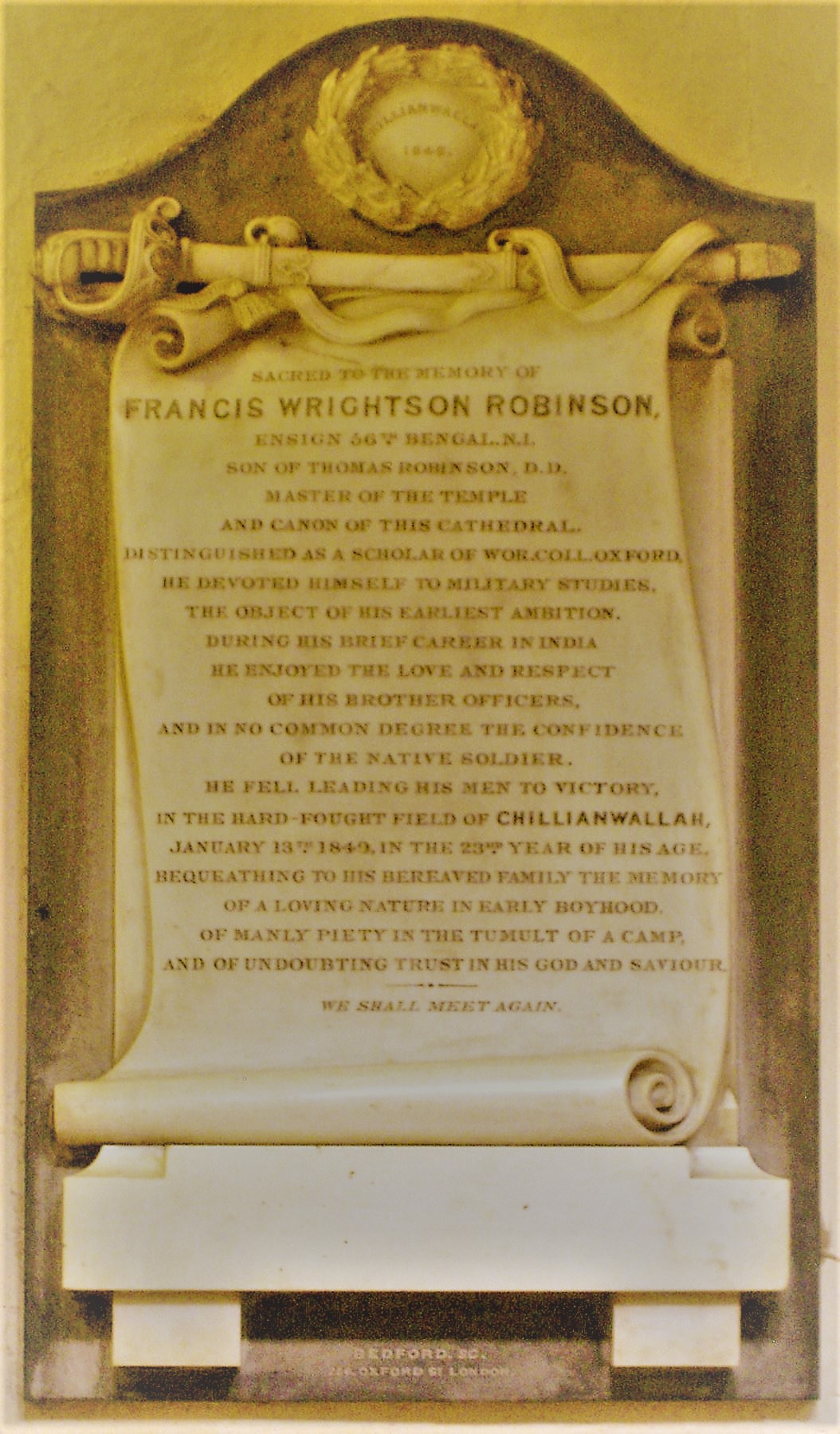 The memorial to Francis in Rochester Cathedral.