In the winter term 1945, changes were made to the timetables. As usual in winter, the afternoon lessons started at 4pm and the boys had a Reading hour before lunch. The Music activities were still limited but additional choir practices were scheduled. For instance, the tenors and basses had choir practice on Tuesday evenings whereas the trebles met on a Sunday evening. The altos rehearsed every morning before the chapel service. 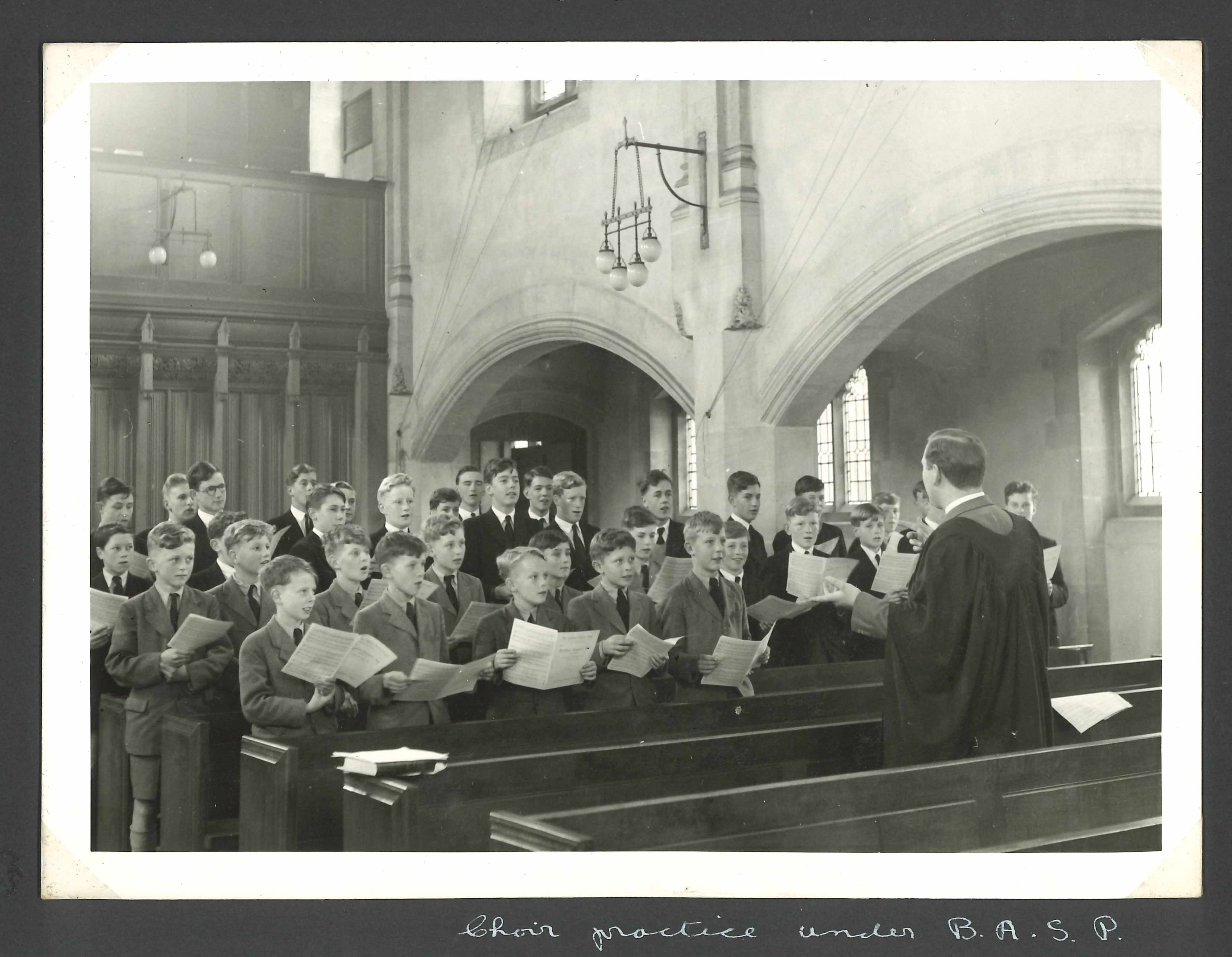 Drama was an important part of school life and plays were performed every term. The Puppet Group had an act as part of end-of-term entertainments.

The boys played rugby in the Winter term, hockey in the Spring term and cricket in the Summer term. They had fixtures against other schools and organised the interhouse competitions. In Spring, they participated in cross-country and steeplechase races. The houses competed in the Sports Athletic Day, or Sports Day as we know it, in junior, intermediate and senior categories. The Mile race was always the highlight of the competition. The swimming sports, junior and senior, took place in Summer. The houses also competed in boxing and fives. The boys practised archery on the football ground. The only mention of archery is from the Oakhamian Magazine, Spring term 1950. However, oftentimes matches and competitions were cancelled due to bad weather. The 1946 Cricket season was “marred by heavy rain, winds and cold”. In spring 1947, the hockey season was cut short because of the snow. The 1952 Sports Day was postponed due to the “Arctic weather”. Swimming sports were also affected. The baths were outside and as the boys were training during the spring term, sessions were regularly cancelled.

The younger boys could join the Oakham School Wolf Cub Pack or the Scouts. Then, they moved up the Junior Training Corps (J.T.C.), renamed the C.C.F. in winter 1948. In 1945, the A.T.C. was disbanded and the flight cadets were dispatched into J.T.C. platoons. Shooting was not a sport in its own right but was included in the J.T.C. training. 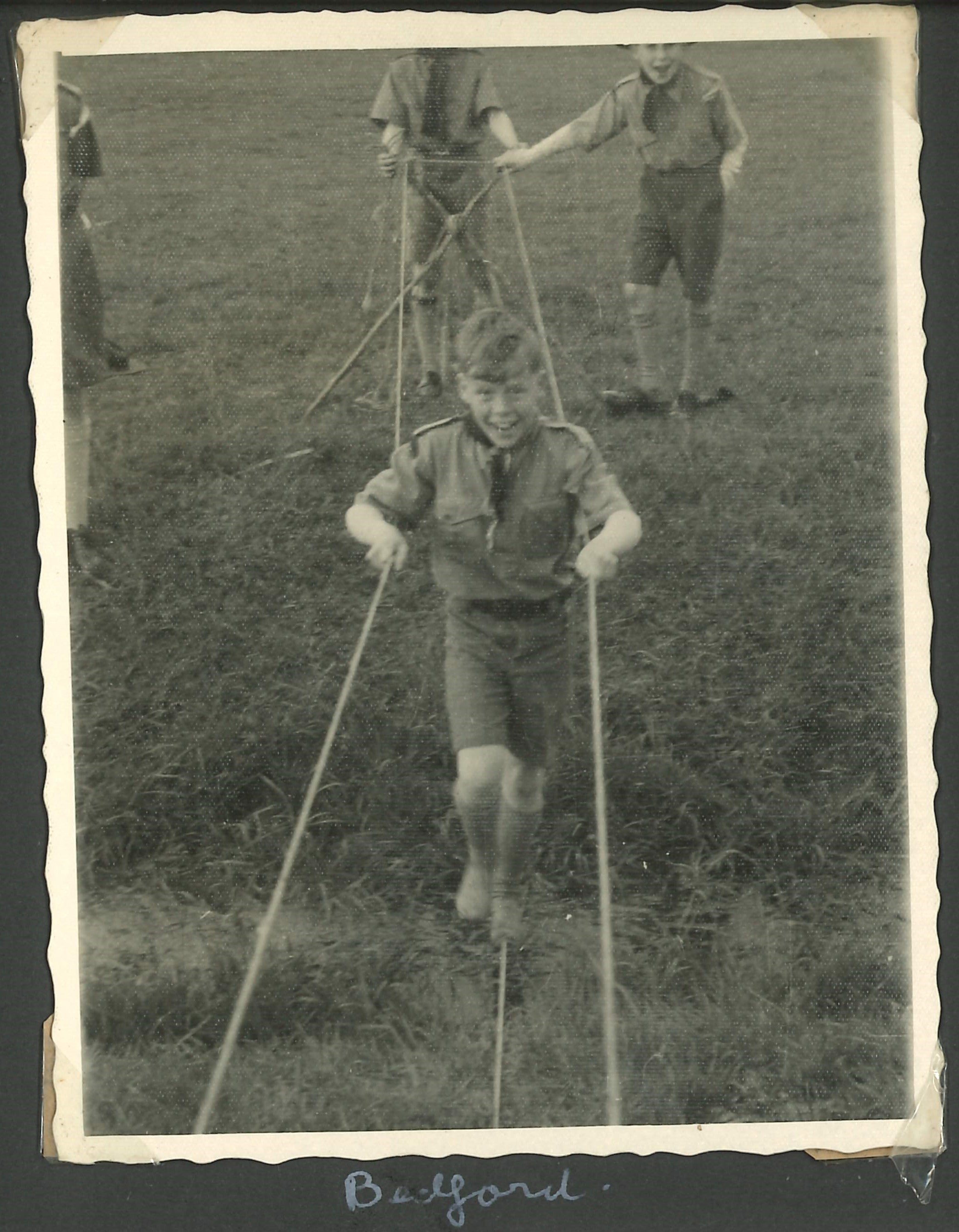 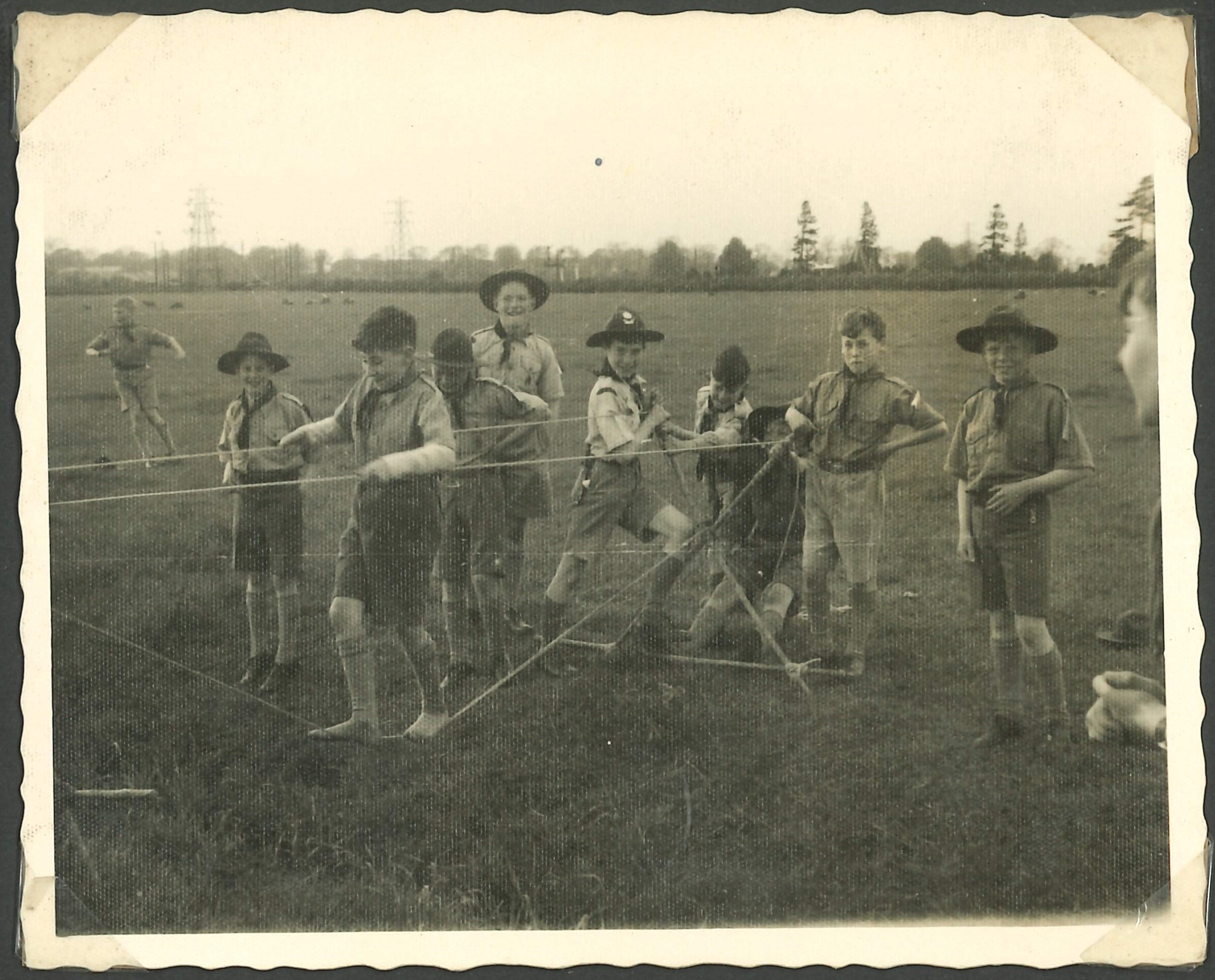 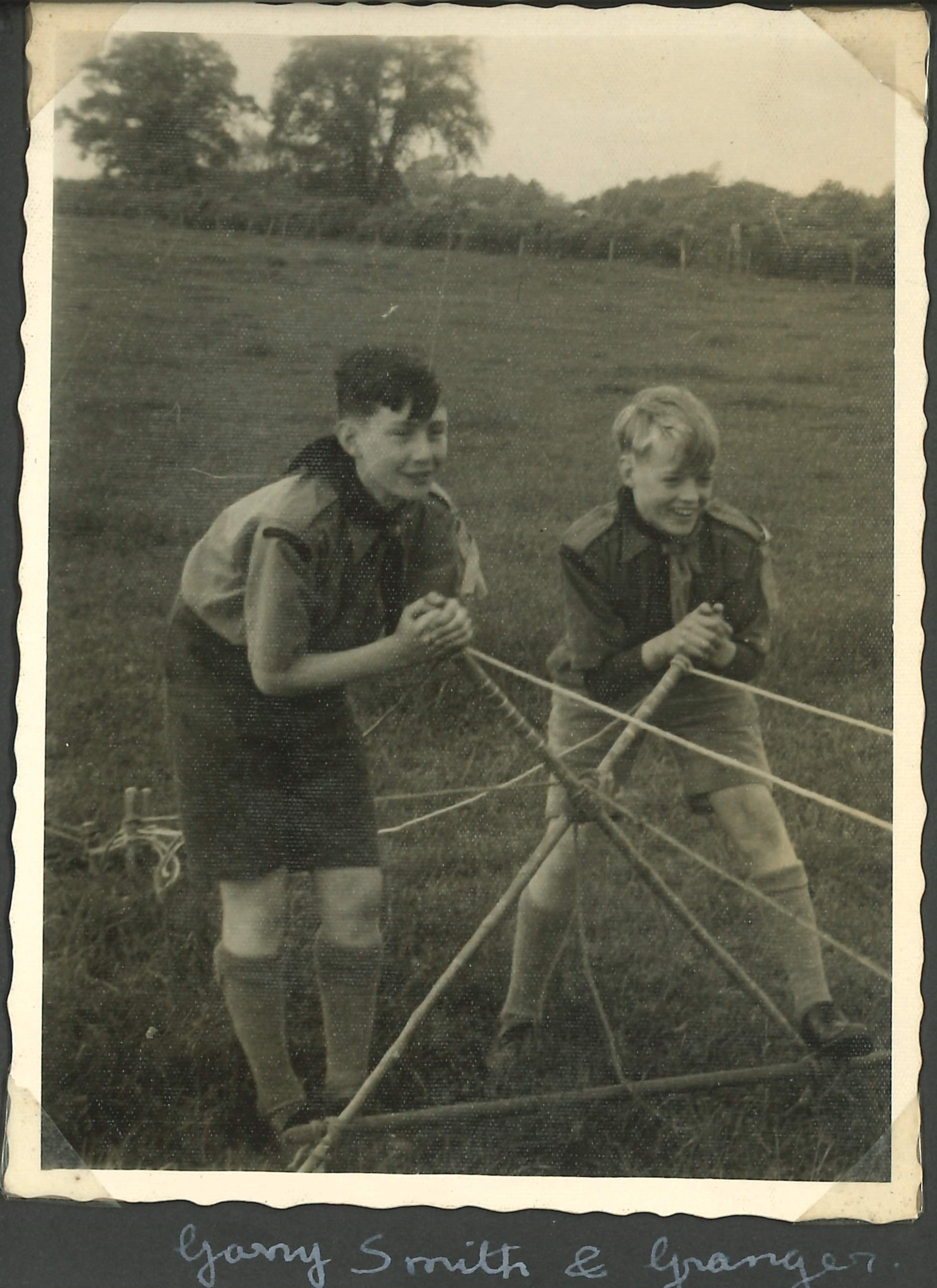 In 1946, a typical day started at 8am when the boys went to breakfast. They then had a short chapel service every morning at 9am and lessons started promptly at 9.15am. They had a break of 15 minutes in the morning. Each lesson lasted for 45 minutes. Their weekly timetable comprised of 34 classrooms periods. Tuesday, Thursday and Saturday were called “half-holidays”.

From 1946 onwards, many societies were founded at school. The boys could join the Play Reading Society, the Chess Club, the Debating Society, the Railway Society, the Geographical Society, the Stamp Club or the Photography Society. The History Society was formed in Summer 1947. The Art Society and the Field Society were founded in Summer 1948. The same year, boys were involved in archaeological diggings at Great Casterton and then created the School Museum to display some of their findings. In summer 1949 the Model Aircraft Club was created, and they met on the playing fields. 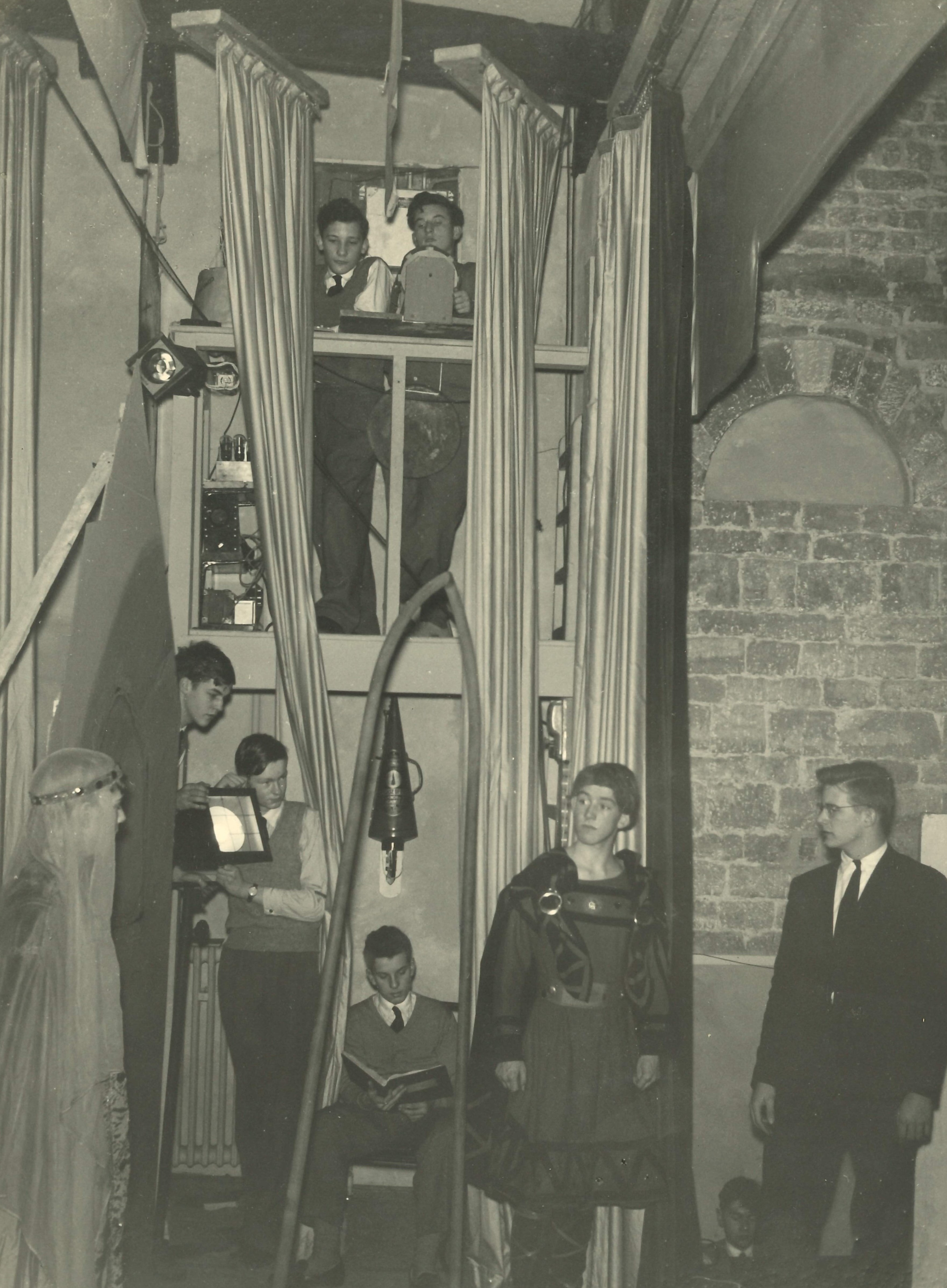 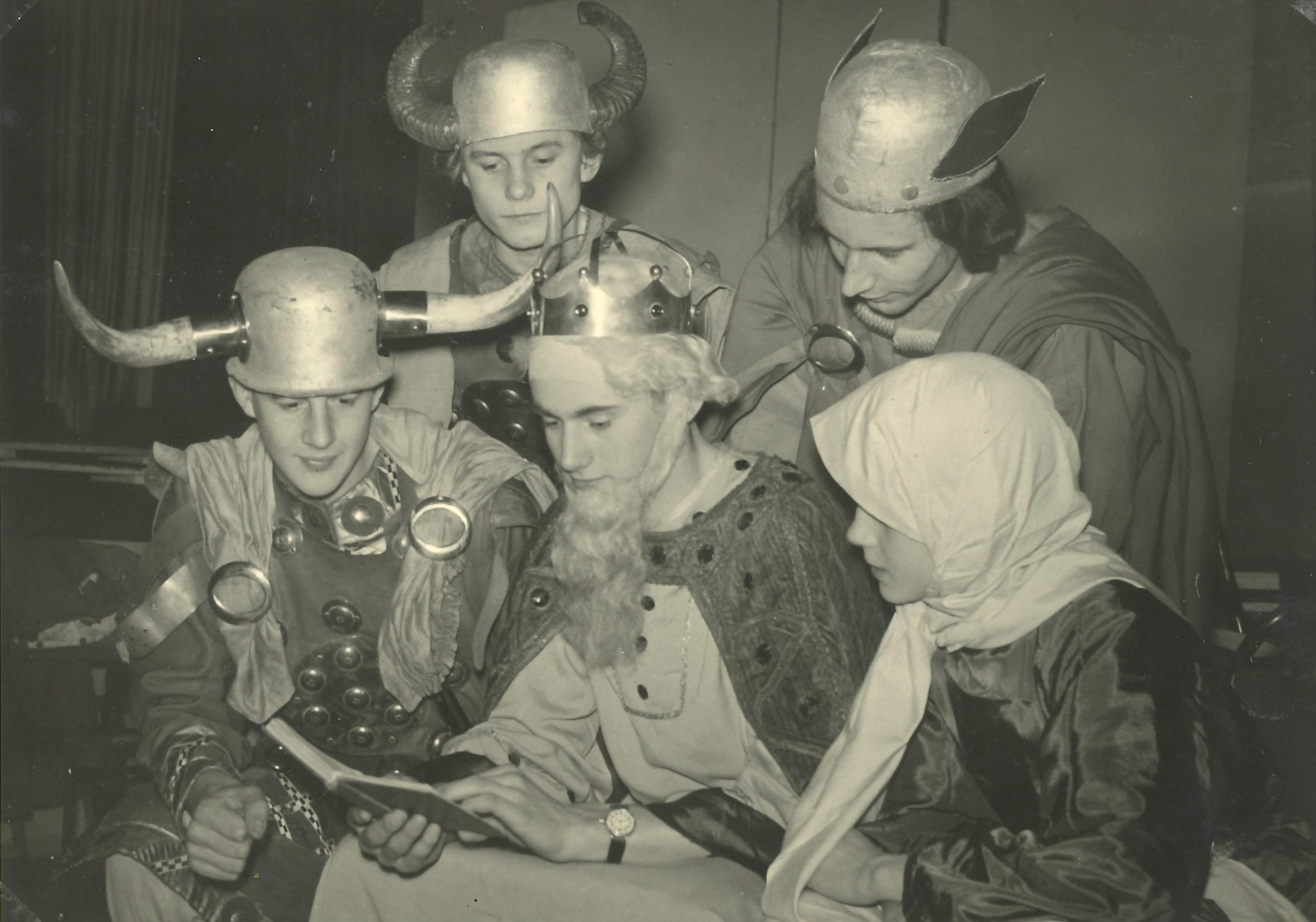 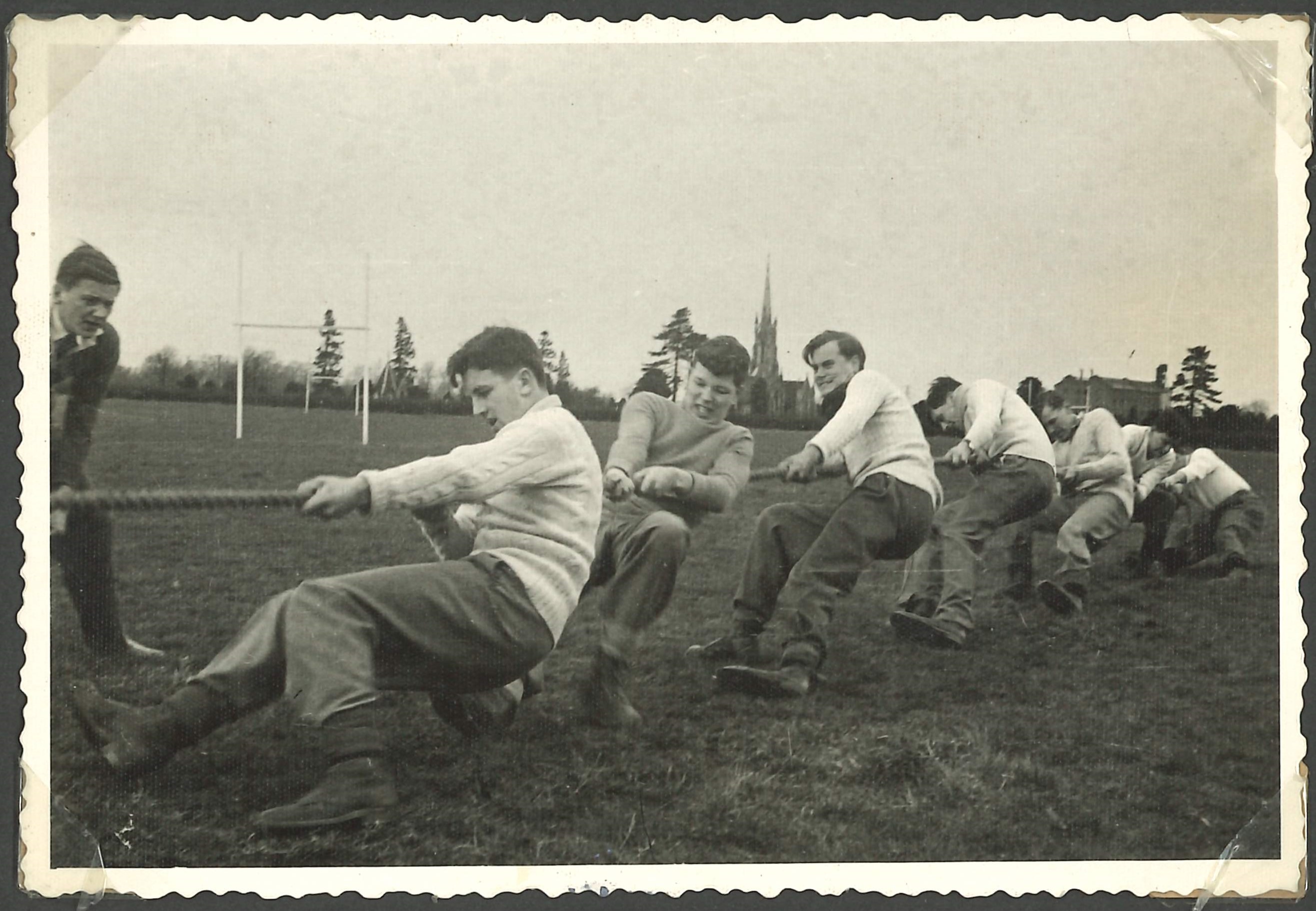 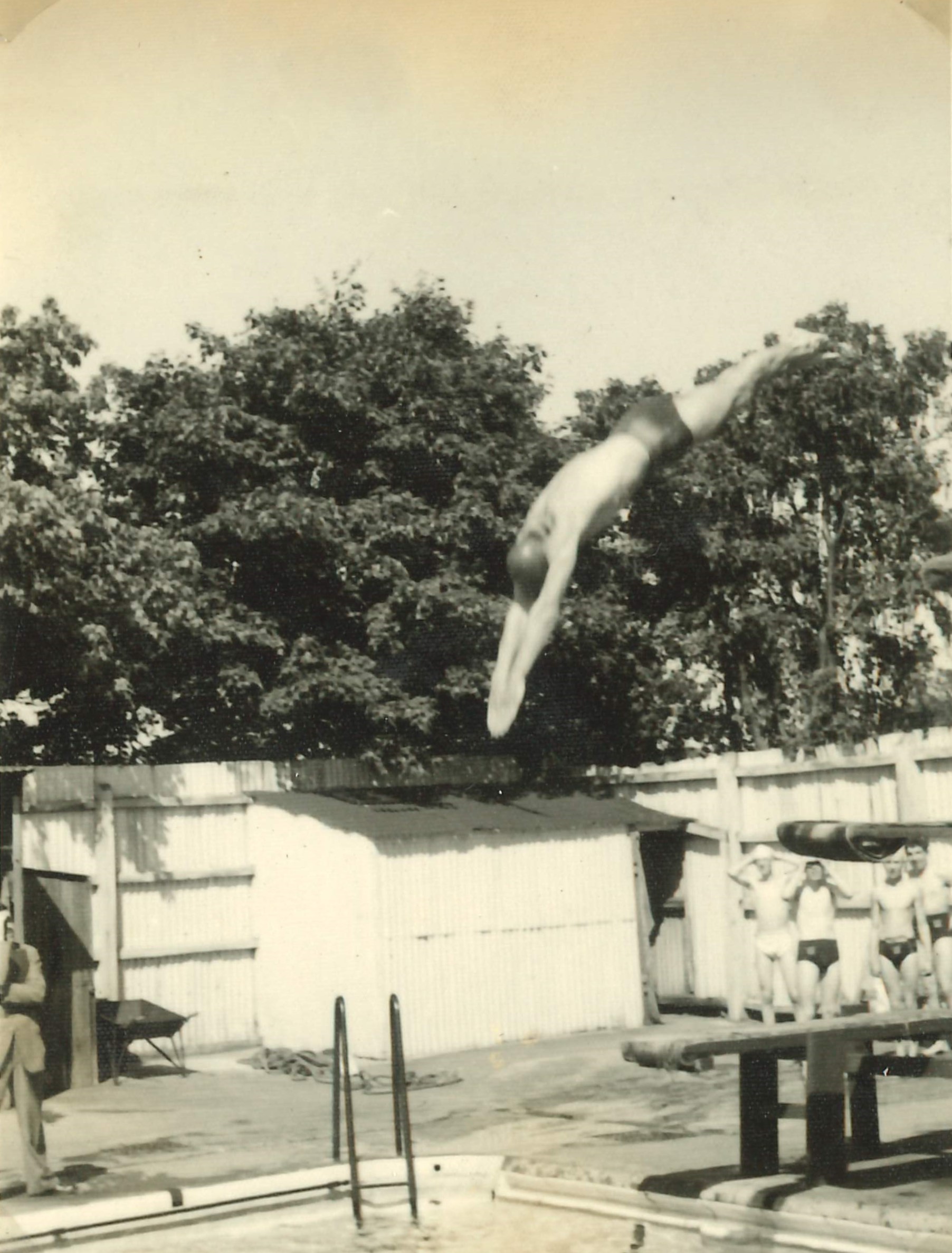 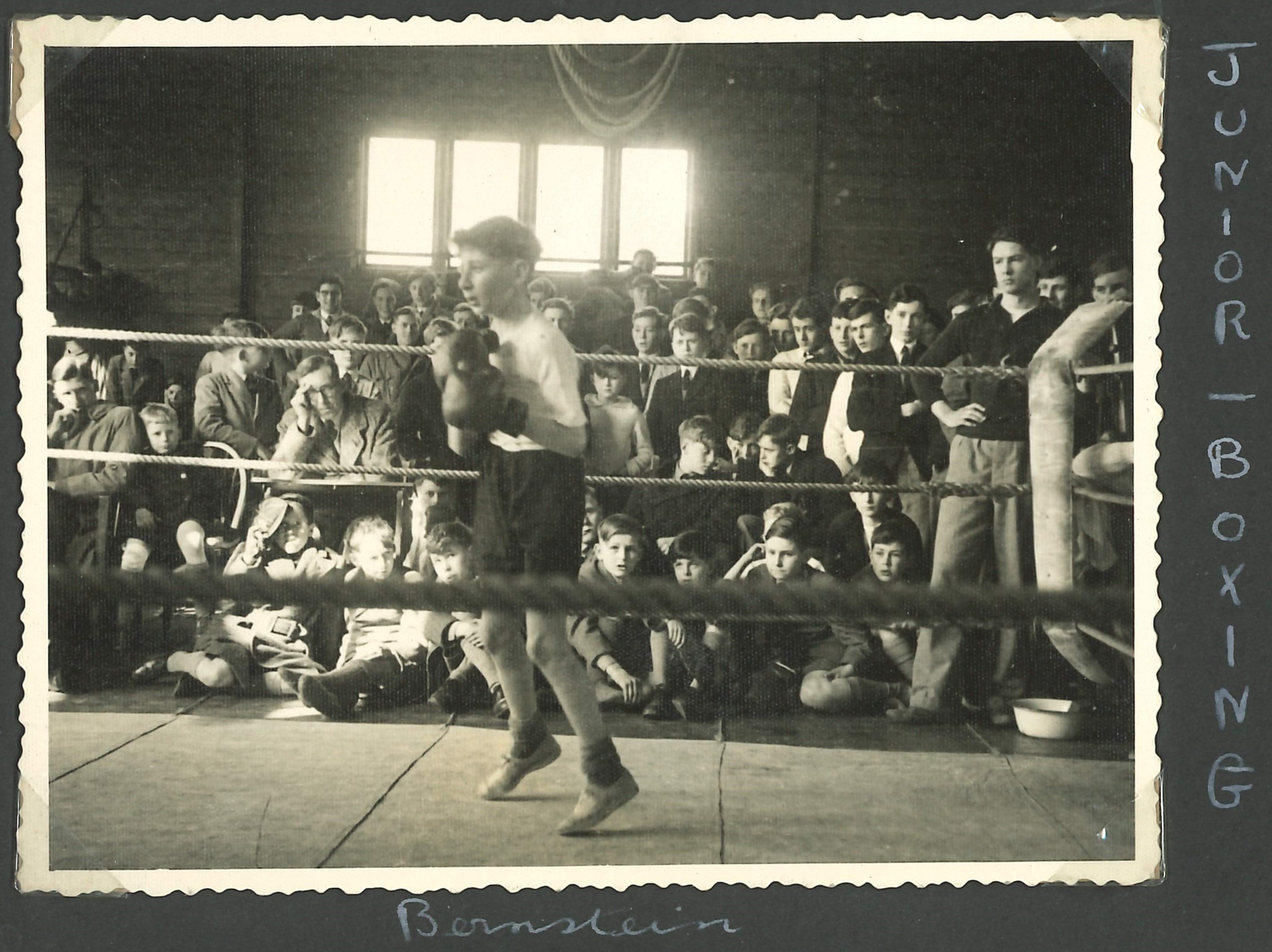 Pupils were offered the chance to take part in new sports such as water polo. Here, Saxton is the goal keeper for Wharflands in the 1951 interhouse competition. Oakham School Archives Collection. Item number: PHA/1/7/E. 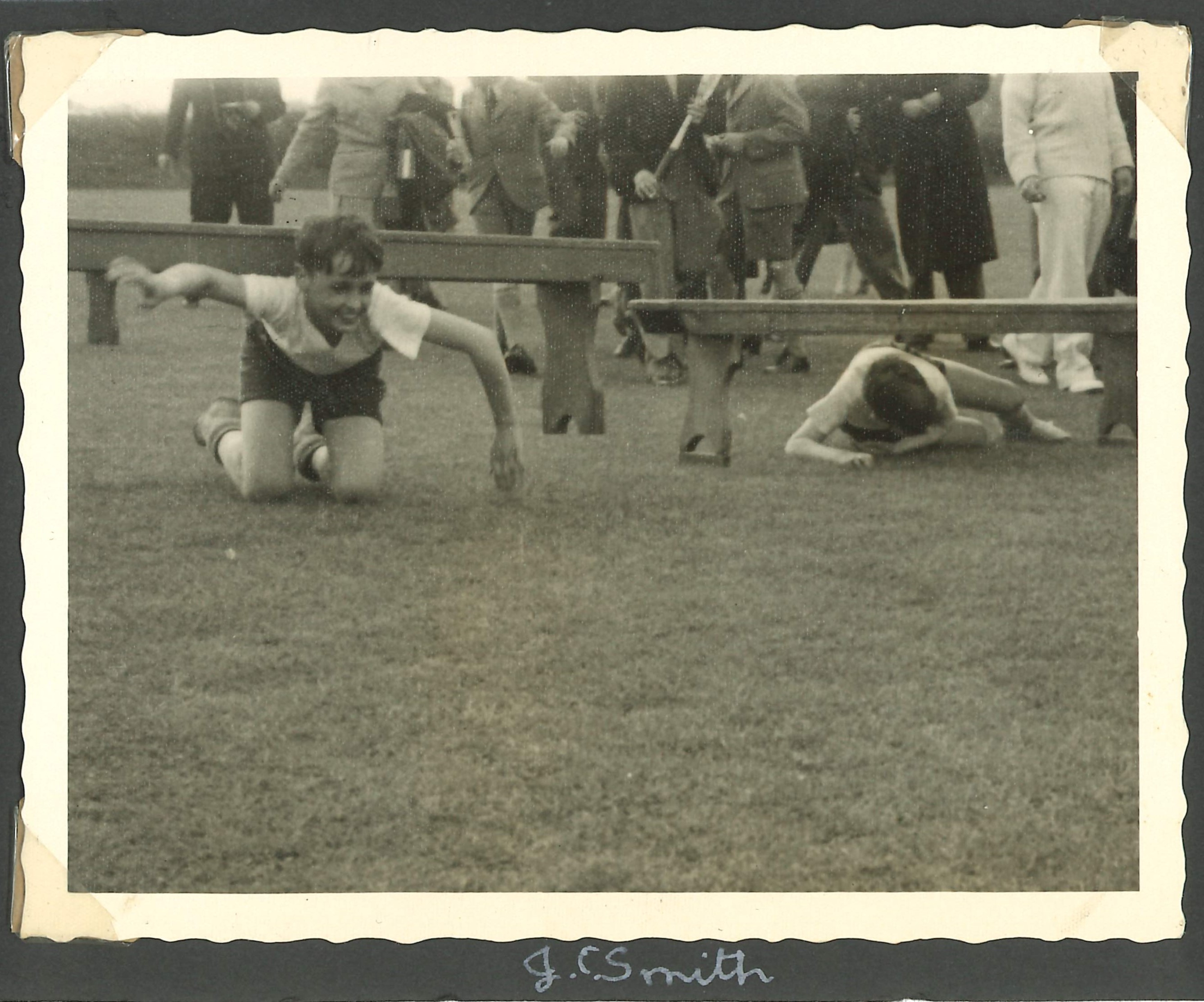 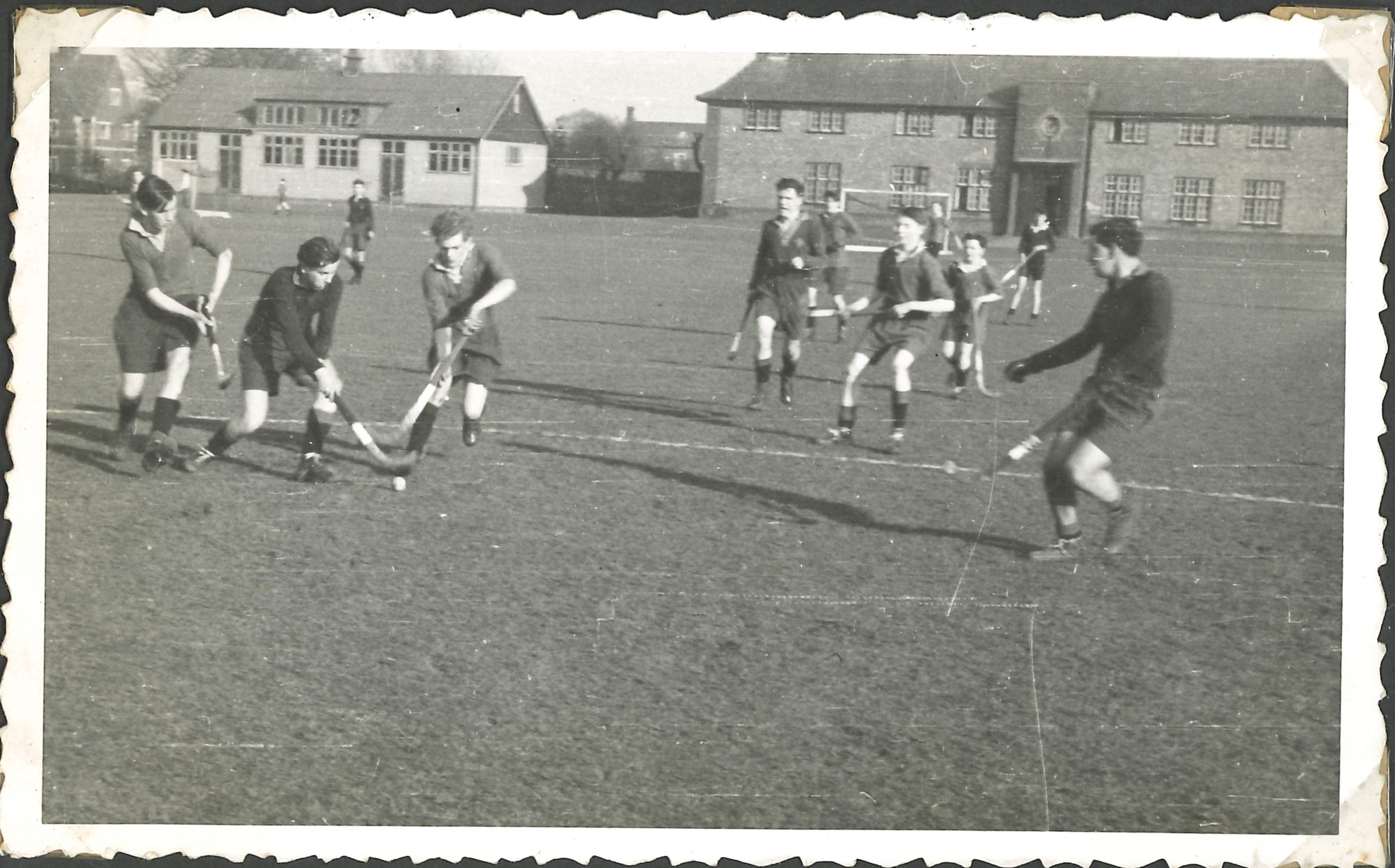 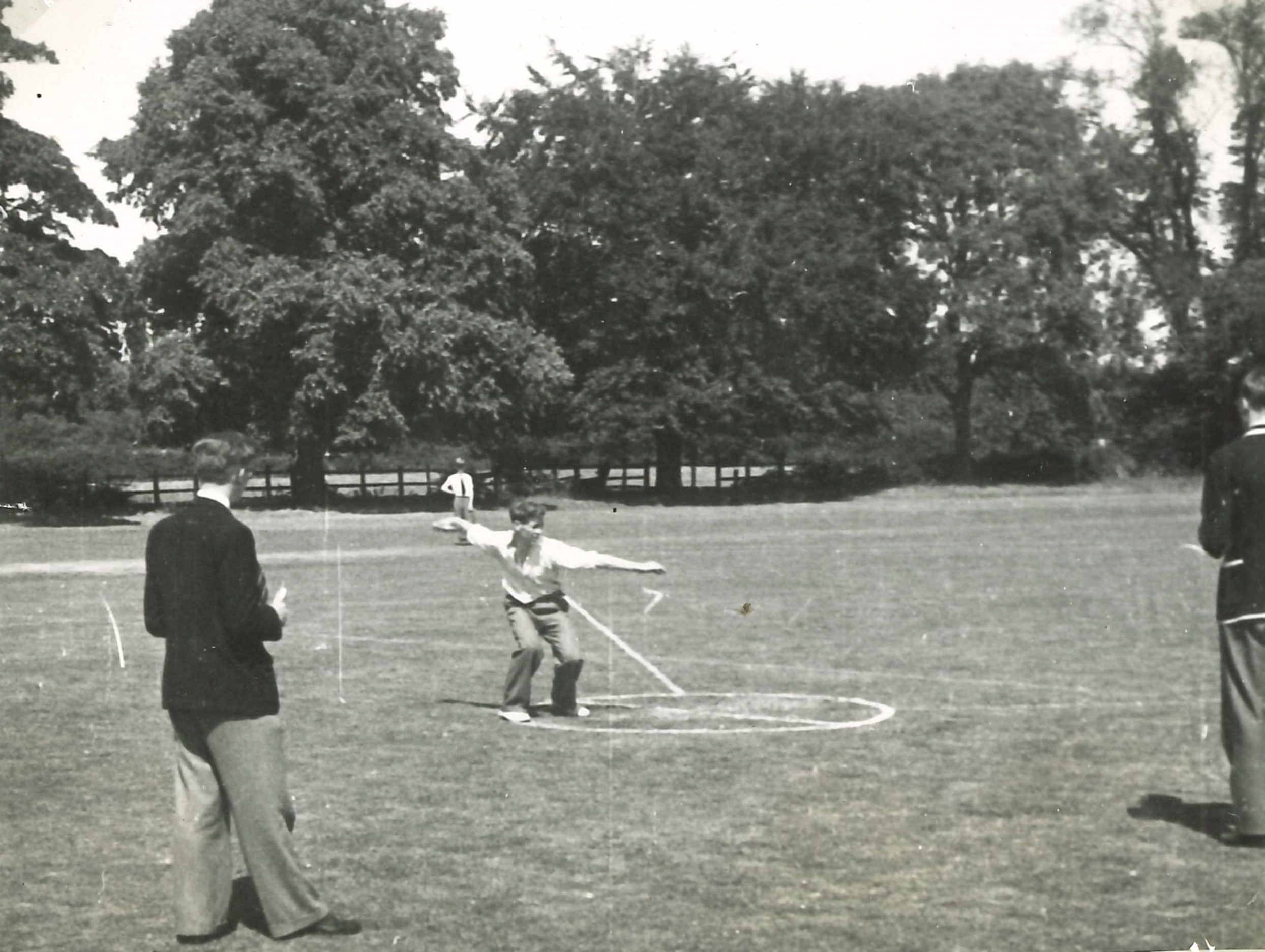 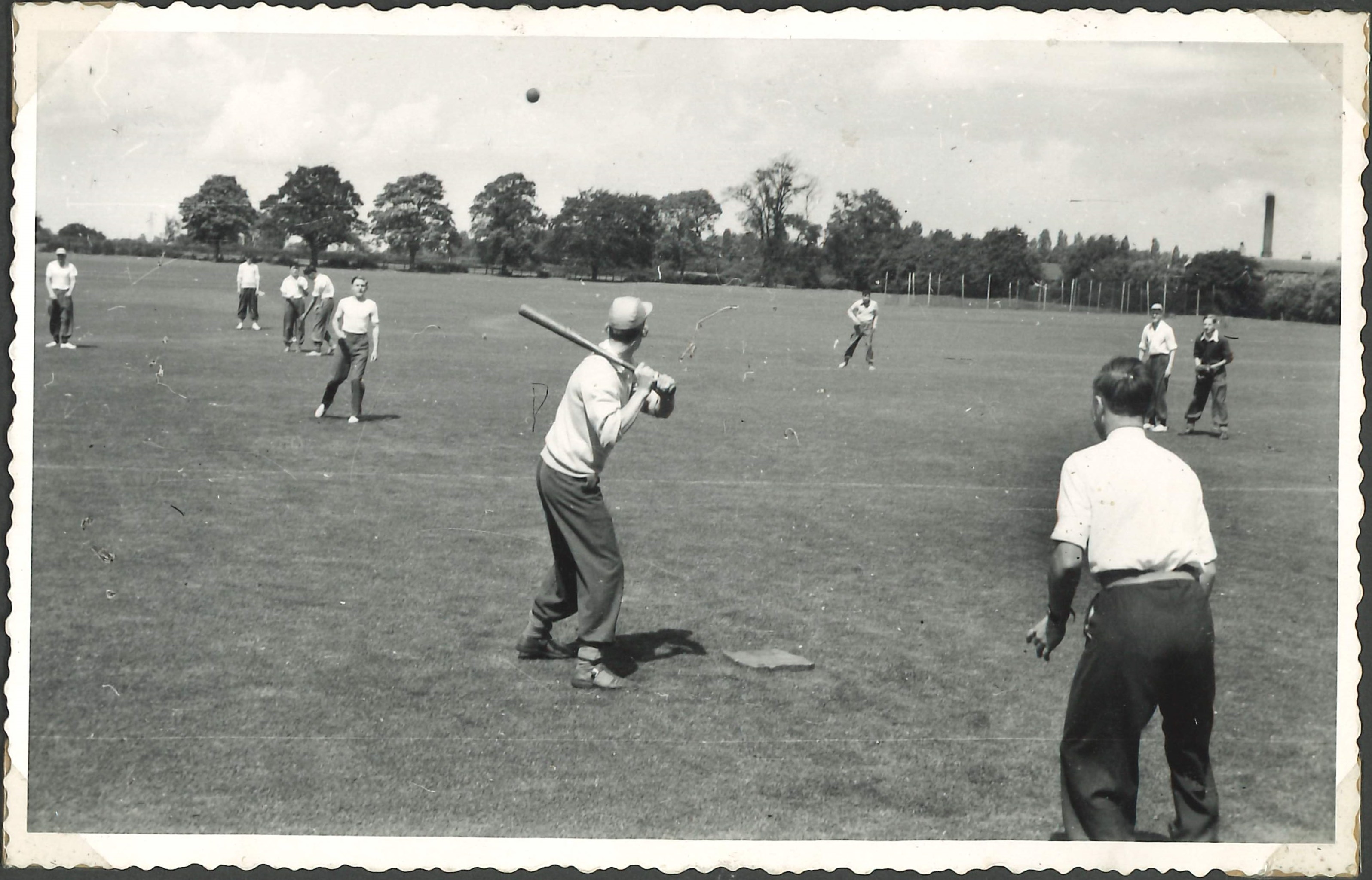 Did you know that pupils at Oakham once played baseball on Doncaster Close? Oakham School Archives Collection. Item number: PHA/1/7/P. 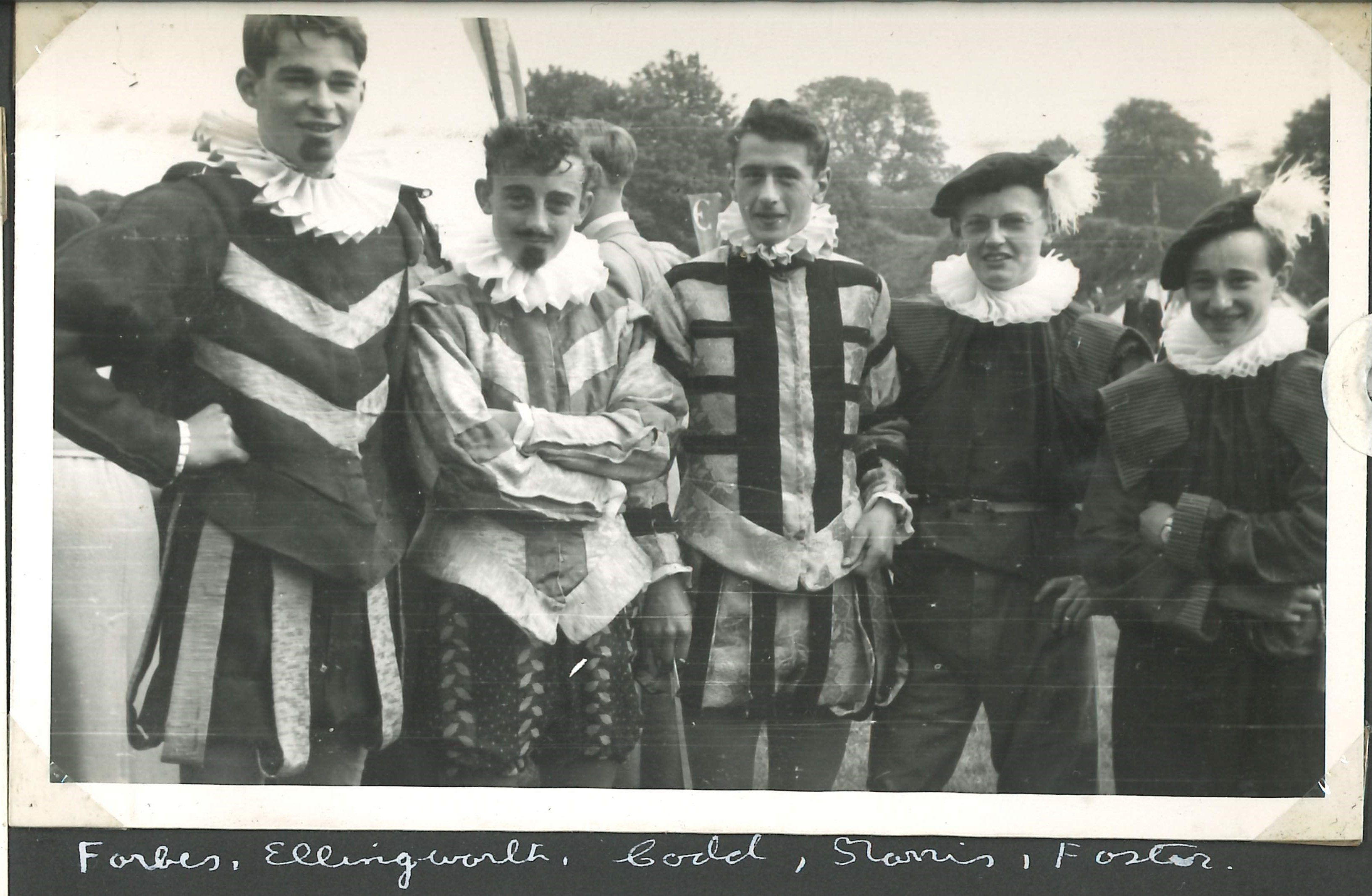 In 1946, the clothes list for the senior boys included grey flannel trousers, a flannel shirt, a vest, a white collar, a black tie, a school cap, a straw hat (optional), a plain grey pullover for winter, a black coat, an overcoat and boots or shoes. To play cricket they wore grey flannel trousers, a white flannel shirt and the school blazer. To play rugby, they wore rugger shorts, a jersey, stockings and boots. 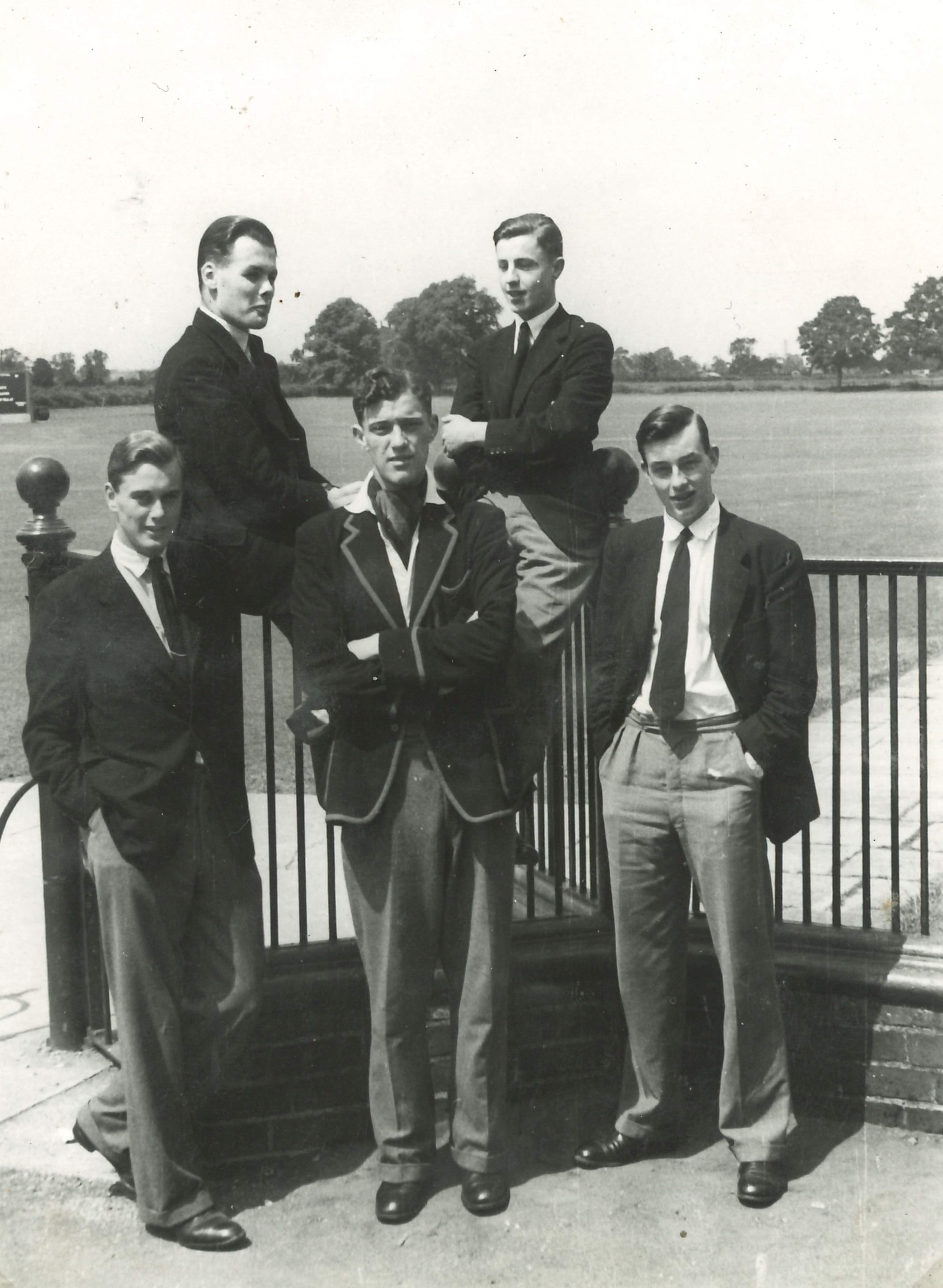 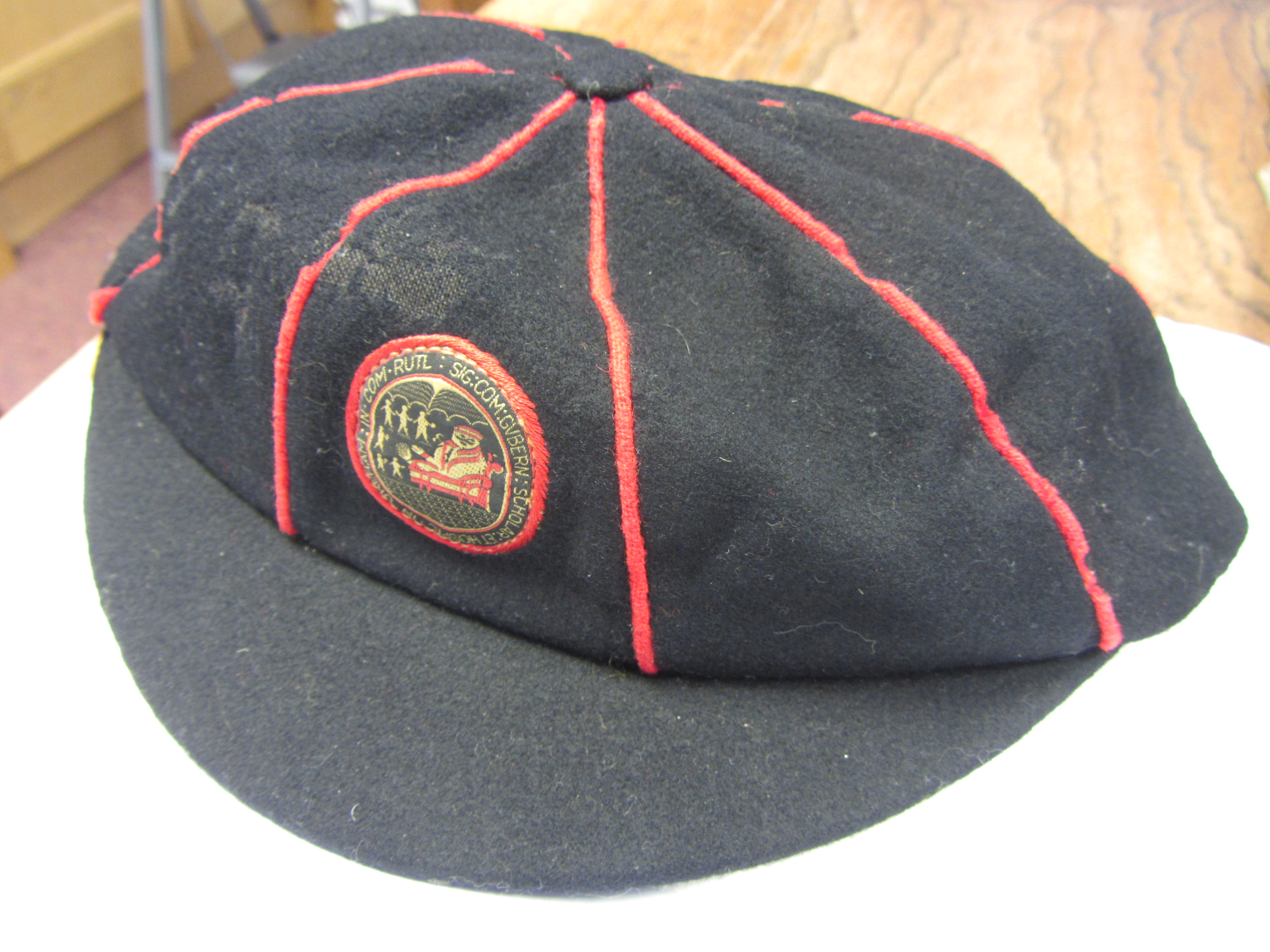 An example of a school cap from the 1950s. Oakham School Archives Collection: Item number: COB/2/15.

In the early 1950s, the pupils favoured the boater to the school cap.

In June 1945, the tuition fee increased by £5 per annum. The entrance fee for a boarder was of £5 and the inclusive fee was of £48.6s.8d per term. The entrance fee for a day boy was of £1 and the tuition fee was of £10. The games fee was abolished for both day boys and boarders, and the day boys were no longer charged for the use of the changing rooms. At the time, the tuition fees covered the following items: games, books, the school magazine, the membership to the A.T.C., J.T.C., Scout or Cubs, exam fees in the Christmas term. The day boys in Upper School were charged for the mid-day dinner at 6d per meal and for morning milk at 1/2d per third of a pint.

In 1951, the entrance fee was of £5 and the inclusive fee for boarders was of £63.6s.8d per term. The fees included the boarding, the tuition, games, the washing, the sanatorium and doctor, the chapel, lectures, the library and books, the workshop, the swimming bath, the stationery, the C.C.F. and the Scout or Cubs. The entrance fee for a day boy was of £1 and the tuition fee was of £20.

In 1945, Oakham School was under the direct grant system. The system was introduced by the Education Act of 1944. The school received financial help from the state but had to follow their regulations regarding the entrance of pupils. The government funded 25% of the places and the rest was paid by the parents and the local education authority. Overall, the government was responsible for more than half of the school’s income. The school also had to ask the government before raising fees and needed their approval to carry out building work.