The War Memorial Fund was launched in June 1945 to around 1,200 people. The aim of the fund was to raise money to provide scholarships to sons of Old Oakhamians who lost their lives in active service during the war. Over 360 replies came back with donations quickly reaching £2,600 in 1945.

Alongside the scholarship, money was to be set aside in order to fund a memorial in the chapel for fallen OOs. Mr Streatfeild, who initially designed the chapel as a memorial to OOs who died in the First World War, was recommissioned to design the panels for the Second World War dead. Similarly, Mr E. Colley returned to carve the names into the new memorial, just as he had done with the First World War soldiers.

The chapel and memorial were dedicated on the 27th July 1947 by the Bishop of Peterborough.

A strange sense of déjà vu can be felt with this 1947 dedication. Not only did the physical memorial retain the same architect and carver as the original Great War memorial, but the dedication service too kept the same hymns and psalms that were sung in the original 1925 dedication. This suggests a conscious desire to ensure that the soldiers of the Second World War received the same level of commemoration and memorial that those from the First World War received.

During the service, the headmaster read out the names of the OOs who had fallen during the war and the Bishop of Peterborough gave a service which can be read in the following photograph: 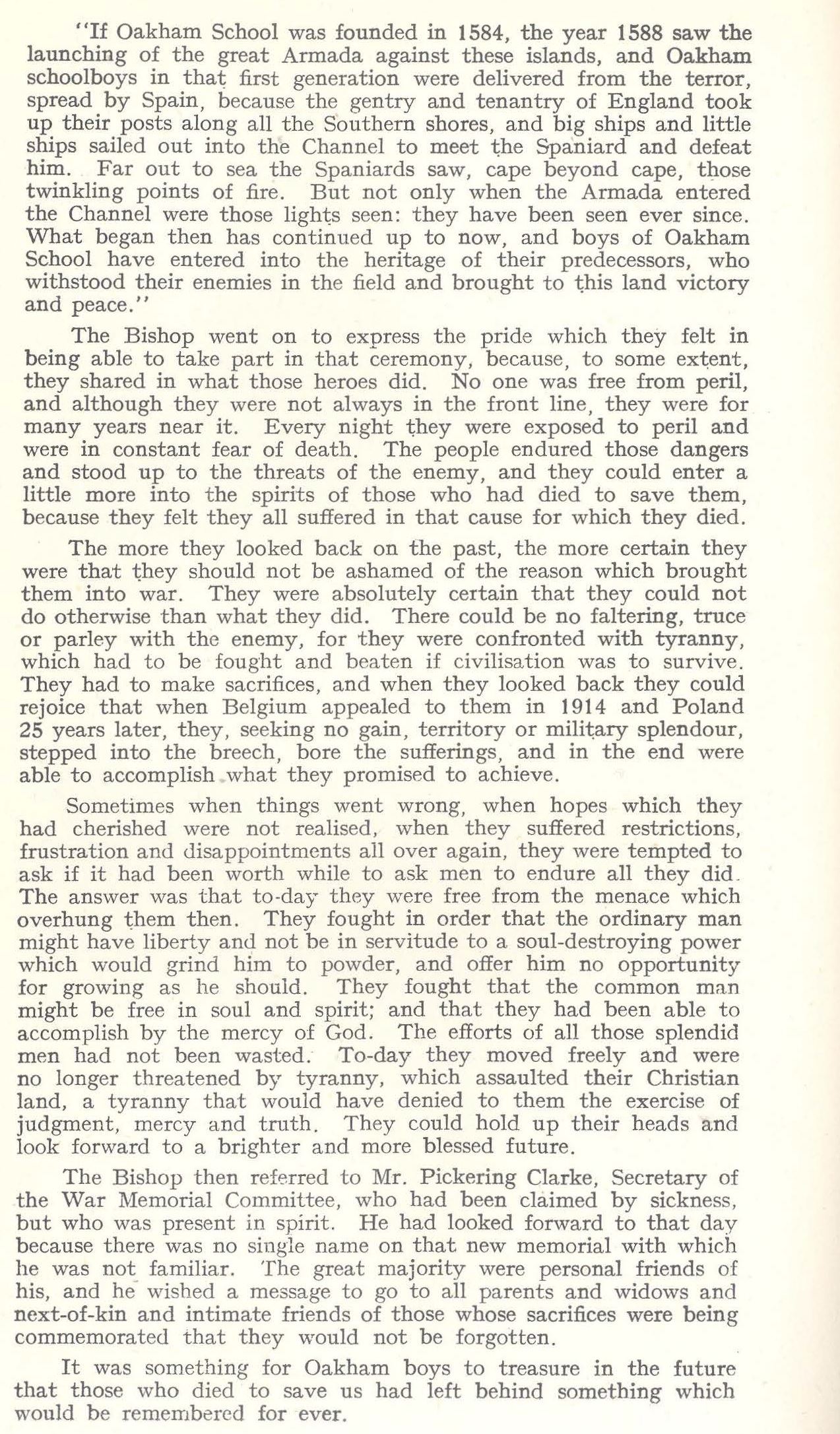 An extract from Speech Day 1946 from the Oakhamian Magazine, Winter term 1946.

By 1951, the War Memorial Fund stood at around £4,000. It was initially discussed that a new school hall should be built with some of the money however it was decided in a committee meeting that the fund fell short of achieving this goal. Thus, the money would go to contribute towards a new school library.

The new library would be born from the War Memorial Fund which was set up directly after the war. It would replace the older library which had been modernised by W.L. Sargant in 1928.

The first indication of the plan to invest in a new school library was written in the Winter 1953 Oakhamian Magazine. The fund committee announced the chosen site for the new library as well as outlining the grand plans that they had. The new library would be built on the site of the Old Tin Room near College House, previously one of the biggest classrooms in the school.

Building began in Easter 1954 with the same architect that had designed the Barraclough Hall in charge.

In 1955, the war memorial Library was officially opened by His Royal Highness the Duke of Gloucester. The names of OOs who died during World War Two were read out at the ceremony – similar to the dedication of the memorial at the chapel. 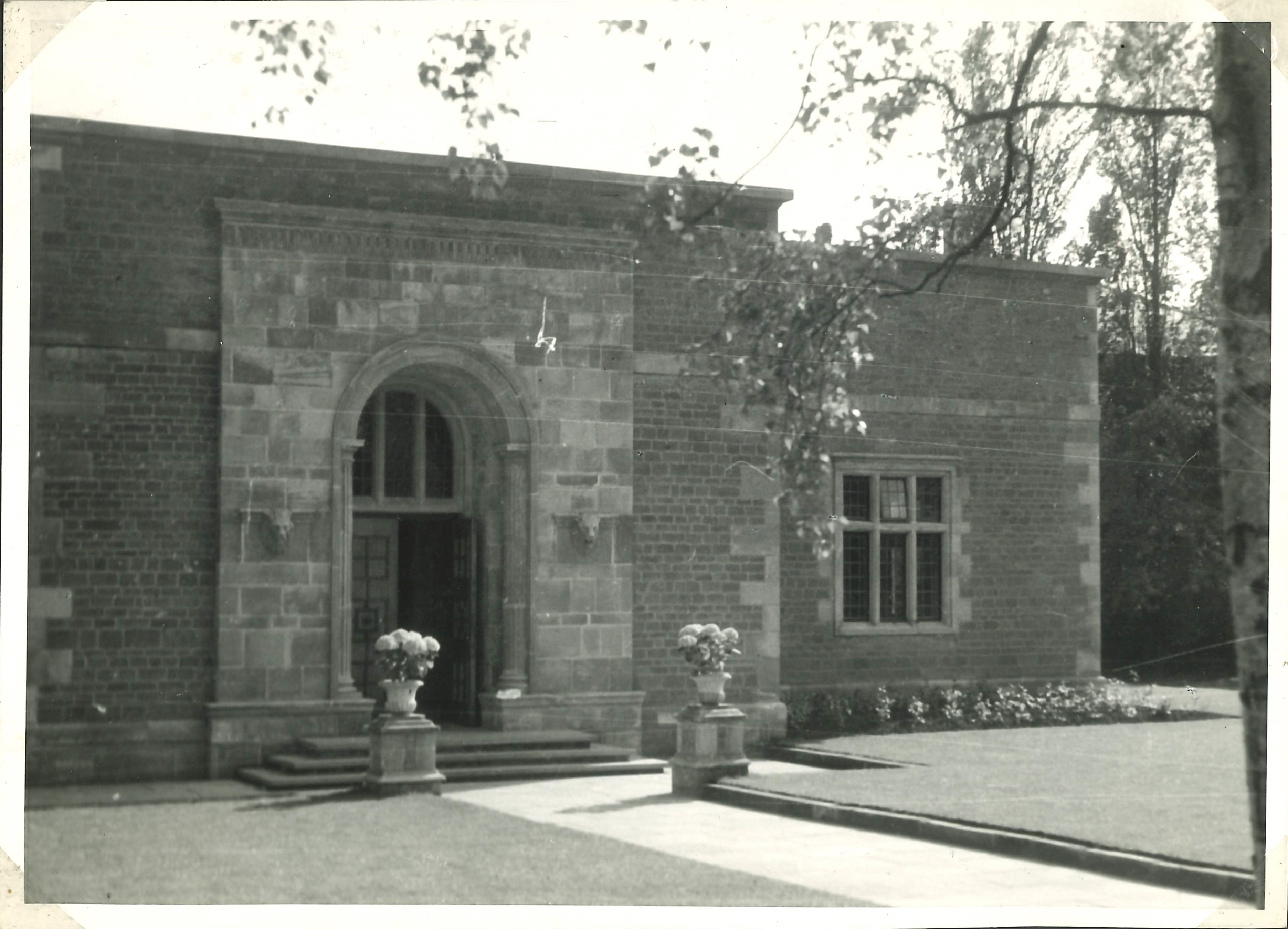 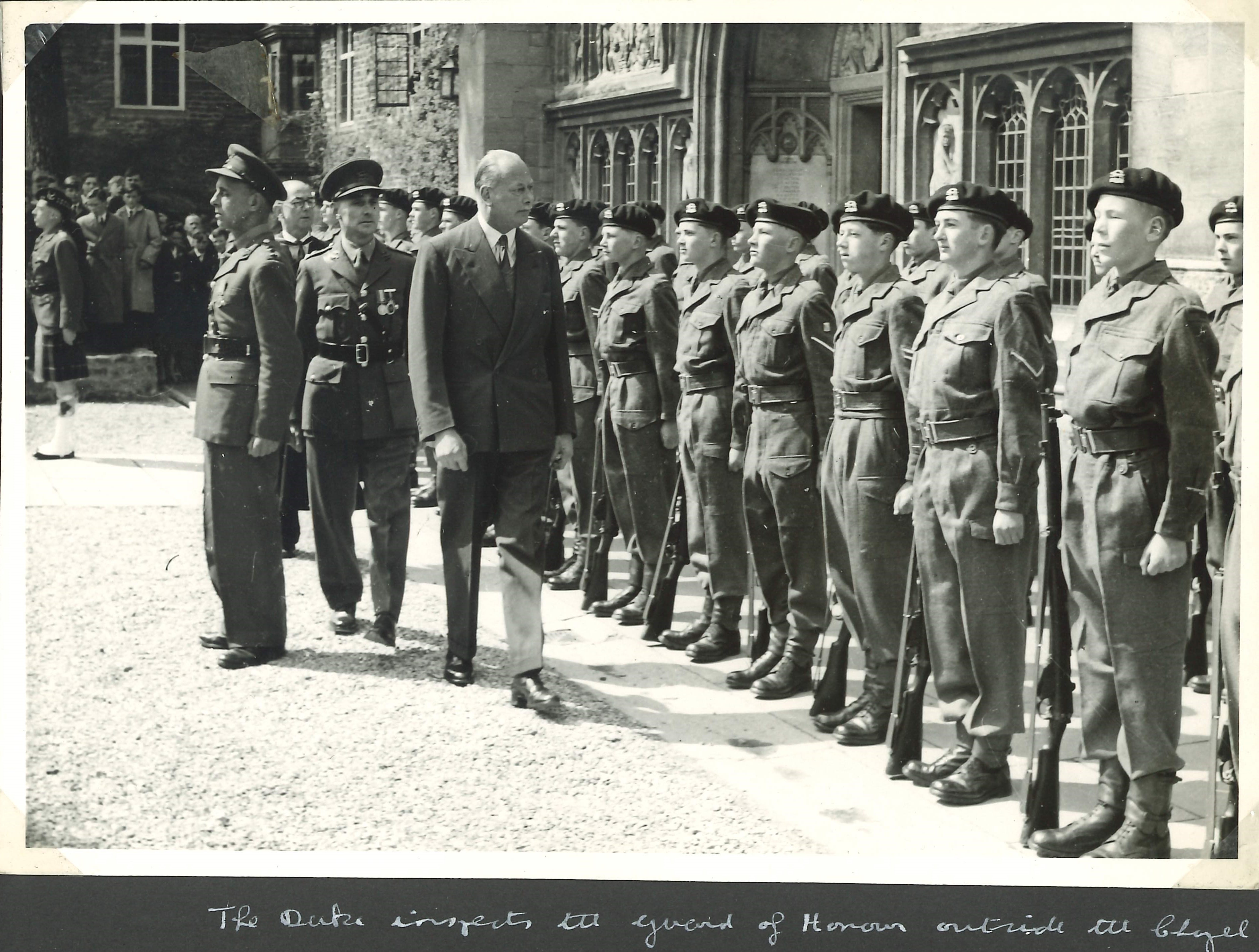 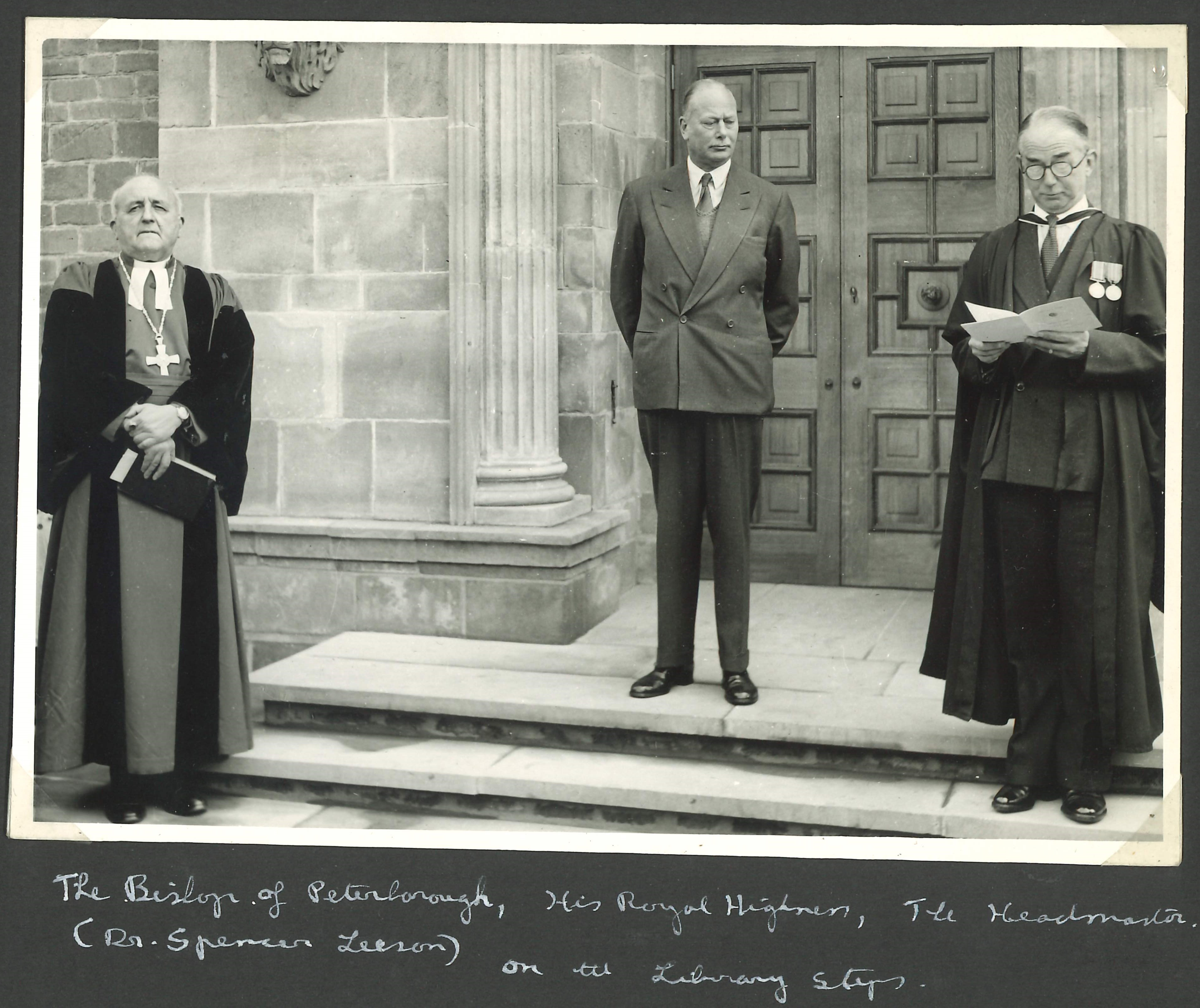 The opening of the War Memorial Library by the Duke of Gloucester in May 1956. Oakham School Archives Collection. Item numbers: PHA/1/7/AE-AF.

The ceremony was described in the Oakhamian Magazine, Easter term 1955, as a “special occasion in itself, but it marked yet another step forward in a post-war expansion programme that few schools in the country can equal”.