The first election after the armistice was called on 5th July 1945 and voting closed on 19th July 1945. Clement Atlee (Labour Party) opposed Winston Churchill (Conservative Party) and was elected Prime Minister. The Labour Party launched its nationalisation platform. In 1946, the Bank of England, railroads and coalmines were nationalised, followed by docks, harbours, road transport and the electrical power industry. The post-war years saw the emergence of a “welfare state” with the implementation of a comprehensive programme of national insurance. The 1946 National Insurance Act provided unemployment and sickness benefits for anyone who had paid contributions.

Historians often refer to the immediate period after the Second World War as the ‘Post-War Consensus’.

In 1951, Winston Churchill and the Conservatives won back power from Labour. Churchill, who was aging and ill, was more focused upon international rather than domestic affairs and so much of the welfare state that Atlee’s government had introduced stayed in place.

Britain had spent £7 billion on the war effort. Its economy had declined and could not match that of the United States'. Britain was forced to ask for a loan to the US. After the war, Britain’s debt was of £3,500 million and the income tax remained high in the following years. The country suffered food and raw materials shortages. The reserves of gold had fallen to £3 million. The food shortages caused long queues in the streets outside shops. Rationing, implemented during the war, lasted until 1954 and bread was controlled (which was not the case during the war). This “Age of Austerity” also saw the end of the British Empire. 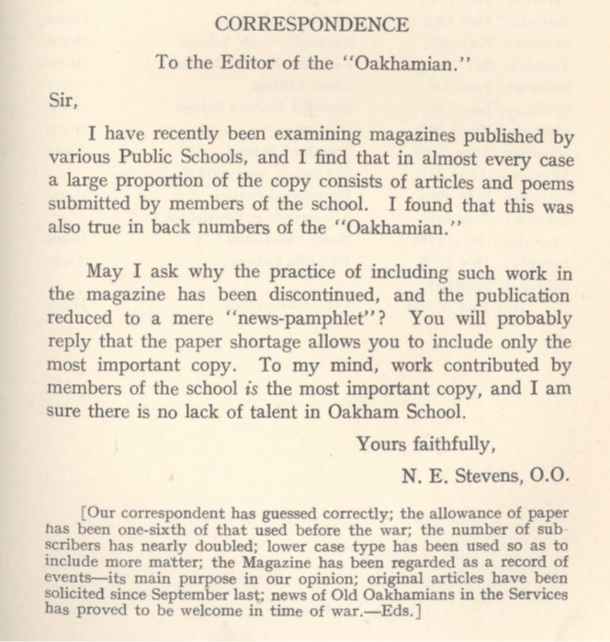 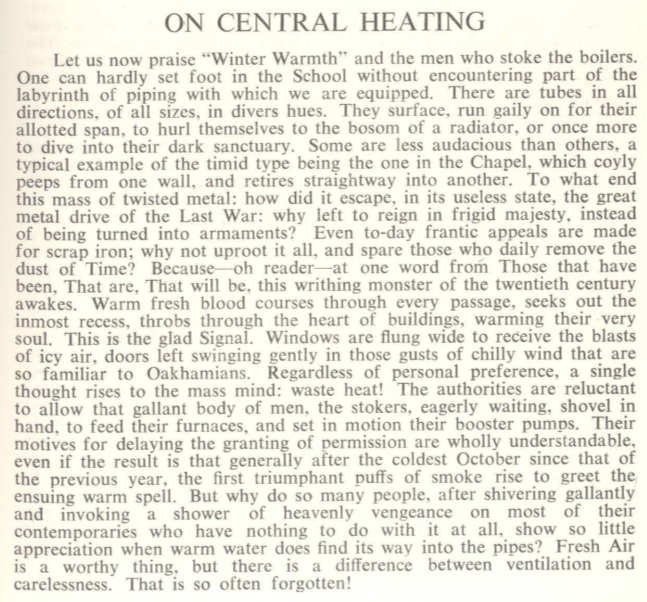 Paradoxically, the country enjoyed full employment and there was a strong feeling of optimism due to the victory.

Towns and cities had been heavily bombed (Cardiff, Swansea, Southampton, Birmingham, Glasgow and Belfast for example). Thousands were homeless and temporary army camps were set up. There was a rise in housing demands and often the housing conditions were of poor standard (lack of running water).

The NHS today is such an ingrained part of British identity, that we can often take it for granted. Its origins lay within the Second World War. In 1943, the Beveridge report set out the problems that Britain might face after the war and thus the five key issues that needed to be tackled after the war: disease, want, squalor, ignorance and idleness. Before 1948, medical provision in Britain was centred on insurance or payment. Such cost alienated much of the British public from receiving basic medical care.

When the Labour party were swept into power in 1945, they were elected on a manifesto which prioritised public welfare. Aneurin Bevan was installed as the Health Minister and given the task of beginning to plan and introduce the National Health Service. This service would get rid of the worries that surrounded medical care regarding cost, creating health care that was free at the point of access. With such a large majority in the commons, Labour faced very little opposition to their radical reforms.

However, outside of the Commons, the government did face some quite fierce resistance from doctors and local authorities who feared becoming dominated and run by the state. However, compromises were reached on the first NHS patient was seen on the 5th July 1948 at Park Hospital in Manchester.

Within one year, demand for the service exploded. Patient lists for doctors rose to 30 million names. The budget for opticians was forced to rise from £1 million to £32 million. Prescriptions too soared, almost tripling by 1951. Because of the phenomenal demand, some charges were introduced to the NHS in 1949 such as a £1 fee for dental treatment and a 1 shilling prescription charge.

On the 6th February 1952, King George VI of England died leaving the throne to his eldest daughter, Elizabeth. For many months, King George had suffered will ill health and Elizabeth had frequently replaced him on royal duties such as the trooping of the colour. 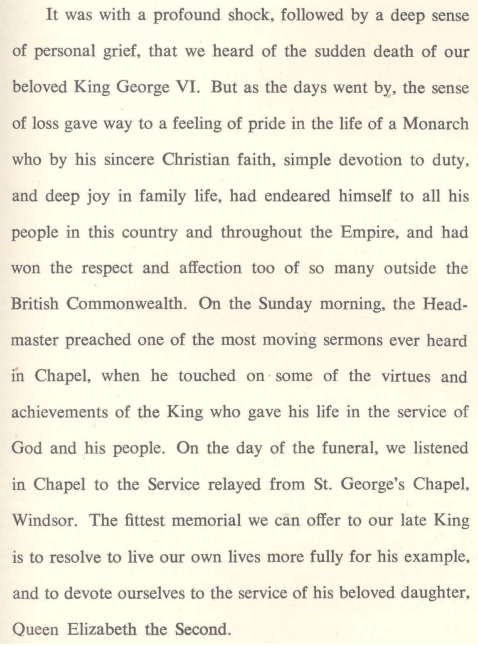 The Princess was informed about her accession to the throne whilst on a royal Commonwealth tour in Kenya. The tour was subsequently abandoned and the new queen flew back to Britain. 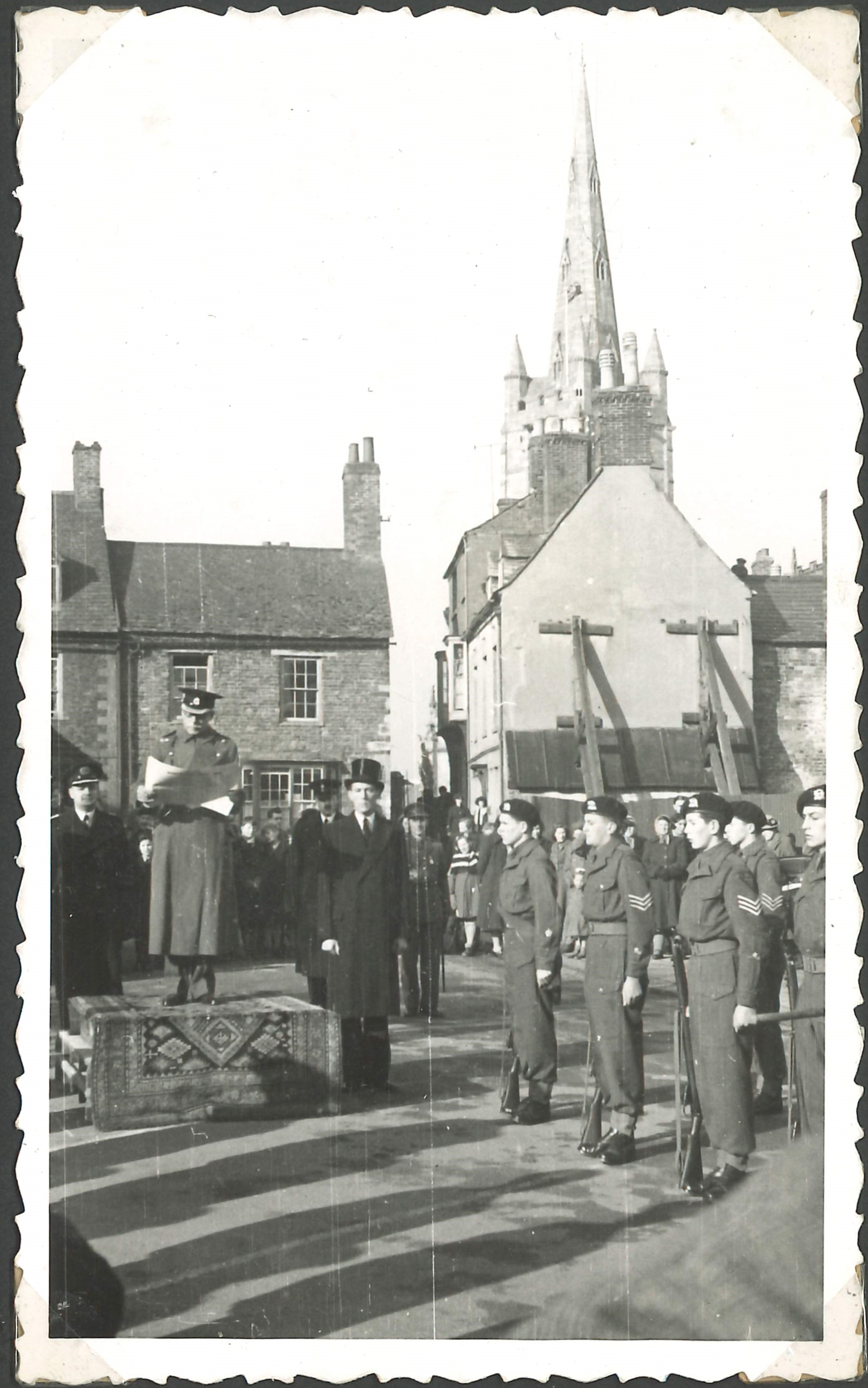 The Queen was crowned at Westminster Abbey on the 2nd June 1953. It was seen as a public holiday. 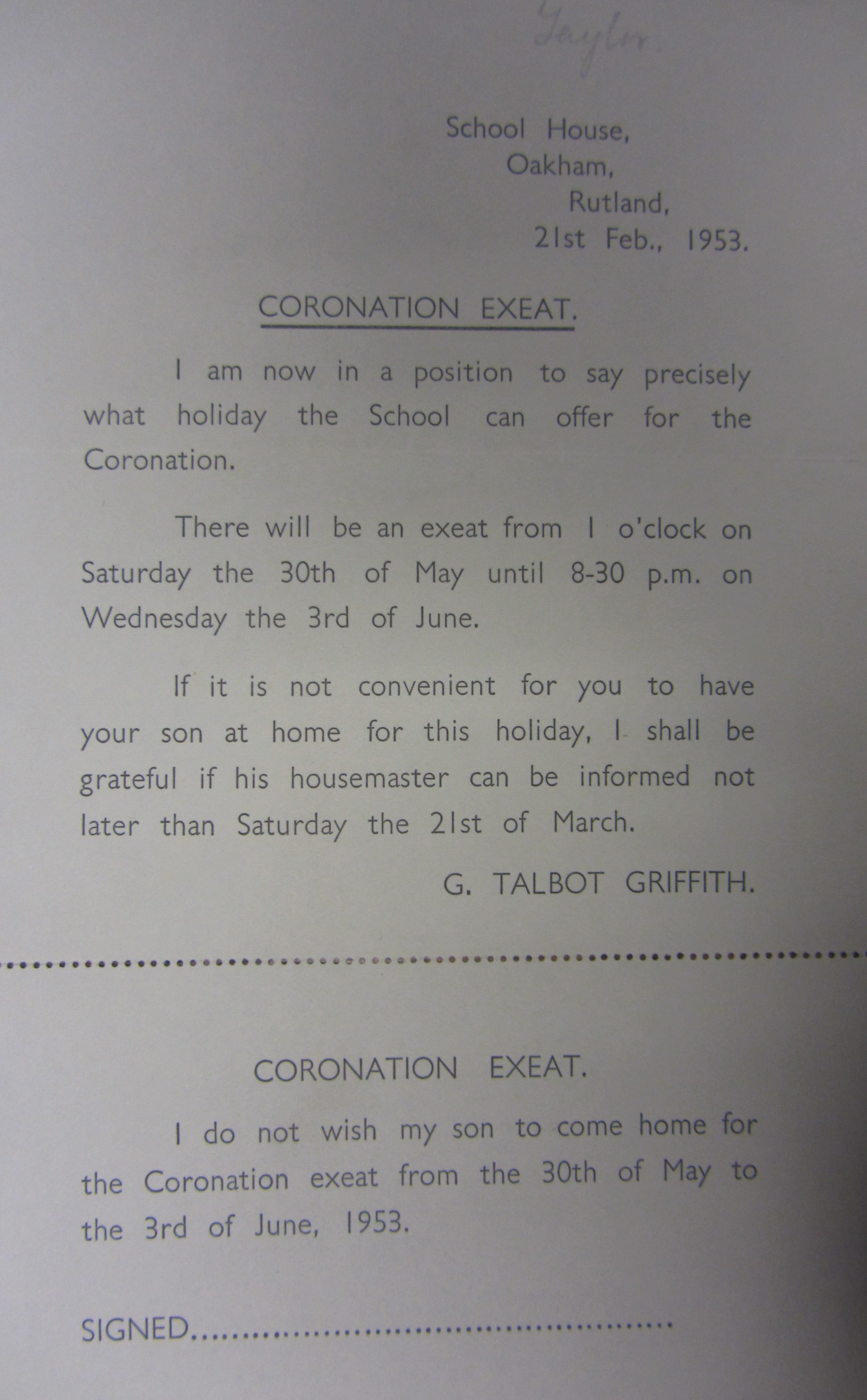 The service used for the coronation had been passed down from the coronation of King Edgar at Bath in 973 AD. The Queen’s flower bouquet was made up of flowers representing each of the nations that make up the United Kingdom. The service lasted for three hours.

Despite heavy rains, many people flocked to London to be part of the celebrations and the ceremony was the first coronation to be broadcast on TV. In total over 27 million people watched the coronation on TV (the first time for many just watching a television). For those lucky enough to be in London, they were met with a procession route of 7.2 km which took the 16,000 participants around two hours to complete in full. 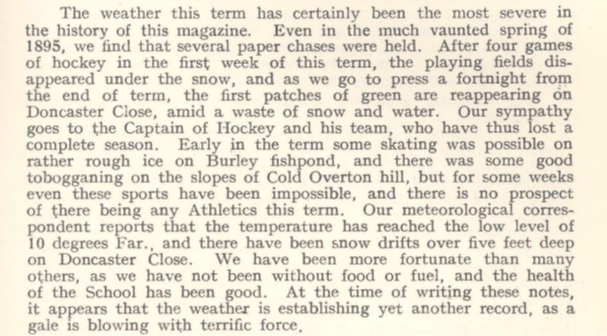 The 1944 Education Act made secondary education free and mandatory for all. The school-leaving age was raised to 15 in 1947. The Labour Party’s comprehensive programme extended meals and welfare services and provided financial assistance to university. The Minister of Education now controlled the Local Education Authorities (LEA) in order to reach an even standard of educational opportunities throughout England and Wales. Scotland adopted an Education Act based on the English and Welsh model in 1945, as did Northern Ireland in 1947.

The Act required that in every state-aided primary and secondary school, the day should begin with a collective worship and that religious instruction should be given. The eleven-plus examination would determine the entrance to a grammar or a secondary modern school. It was a test of attainment in English and Arithmetic and of intelligence. Usually, the top 20% of pupils taking the test would go to a grammar school.

The General Certificate of Education was introduced in 1951 as a substitute for the School Certificate. It allowed the pupils to pass in individual subjects and not in a group of subjects. It was designed mainly for those who attended a grammar school or independent schools. It could be taken at the age of 16 (Ordinary Level) and at the age of 18 (Advanced Level). 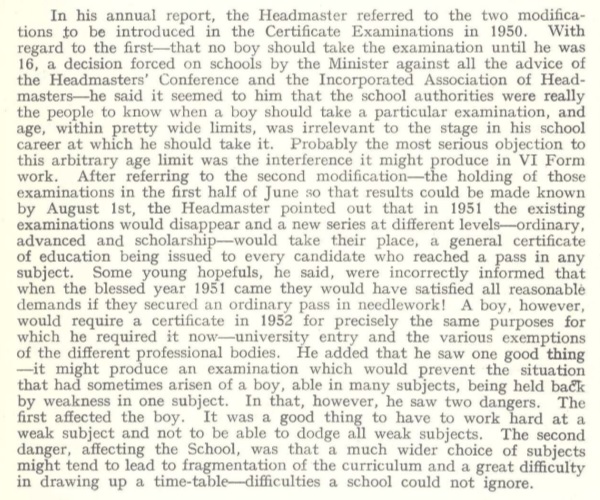 The Ministry of Education had no control over the curriculum, however. It was left under the authority of the governors (or trustees) and of the Headmaster and Head Teachers of a school.

In 1947, the number of undergraduates rose dramatically at Cambridge University. One reason was the admission of women student to full membership. A third female college was even built in 1954 – New Hall. Another reason was the Ministry’s decision to increase the number of state scholarships tenable at universities. 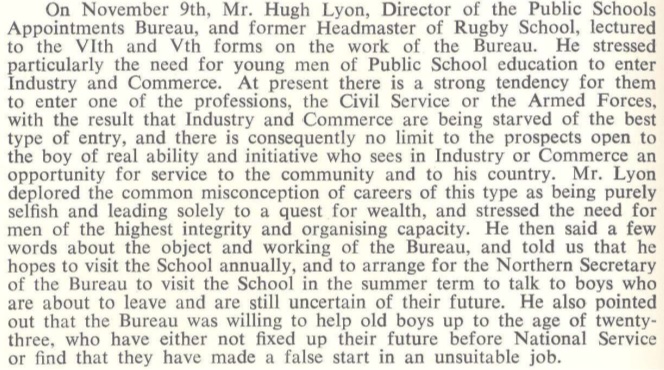 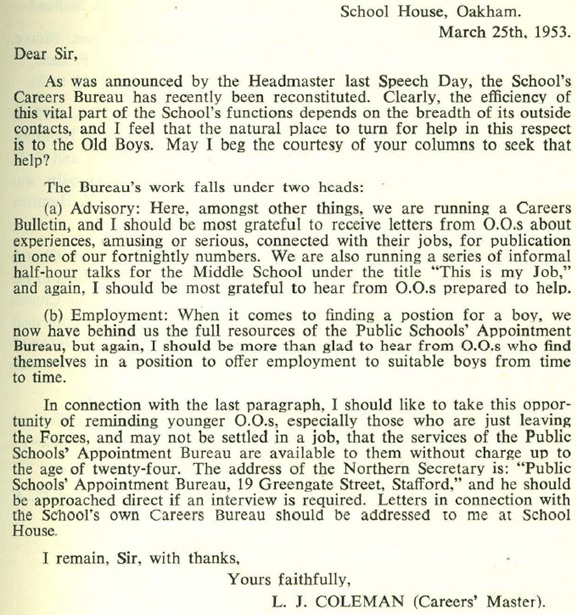 The idea for the Festival of Britain was simple: a ‘tonic for the nation’, lifting the people’s spirits after the war and show casing the best of British engineering, manufacturing and design from the past, present and future. The festival was given a budget of £12 million and was overseen by Labour MP Herbert Morrison. This budget caused consternation at the time with many believing it to be a waste of public funds, especially with a housing crisis following the war.

The Festival’s main site was on the South Bank in London and houses many exhibition centres and halls. One of which, the Dome of Discovery, was the largest dome in the world at that time (365 ft in diameter). The South Bank area, which had been hit heavily by bombs during the war, was completely transformed and modernised by hosting the Festival. 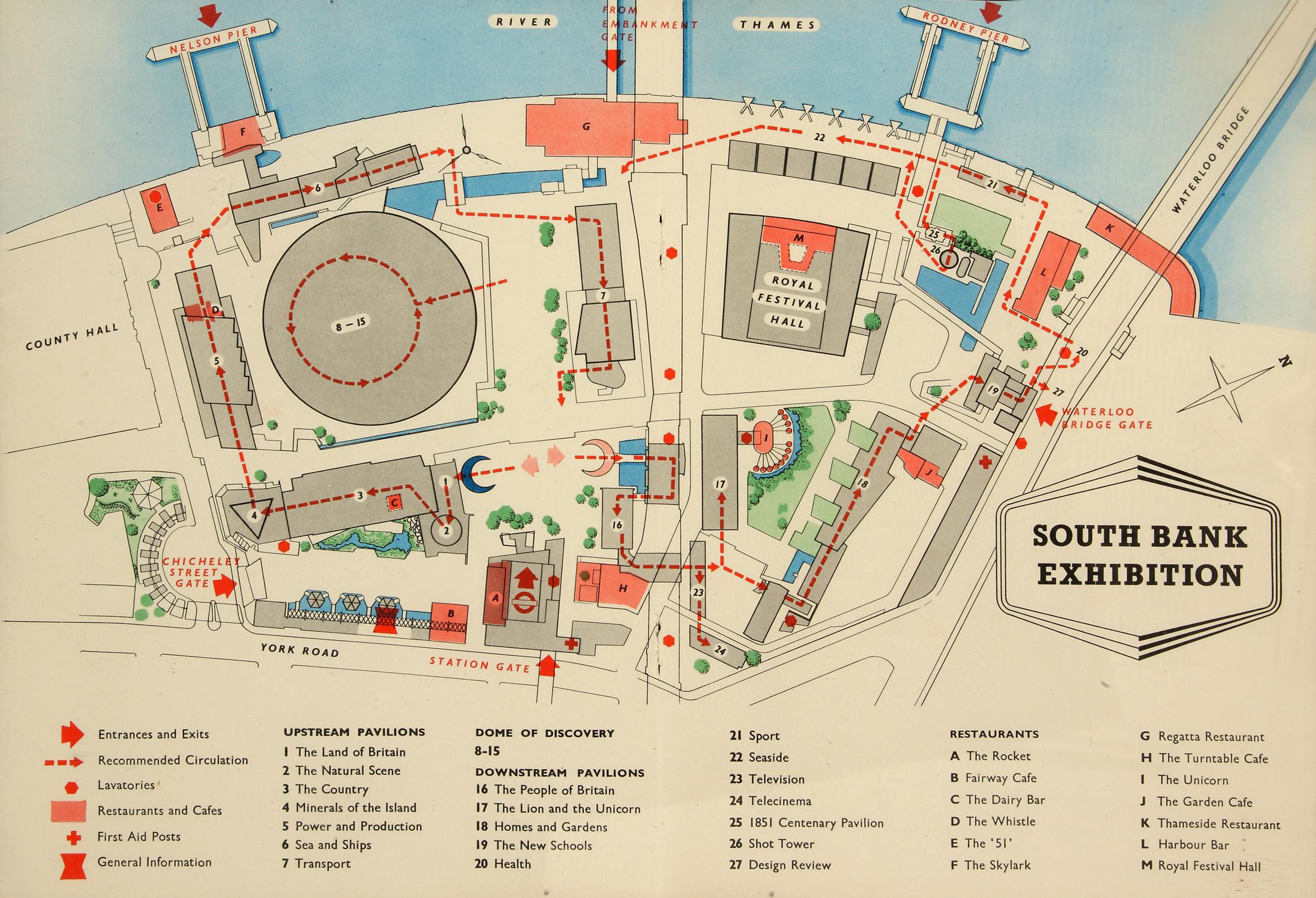 Map of the South Bank area during the Festival of Britain. ZLIB-17_129A_1951, The National Archives.

Towns and cities across the country held their own celebrations and local exhibitions. You can explore how various areas celebrated through the map on this site.

Festivities opened in May 1951, one hundred years after the opening of the Great Exhibition at the Crystal Palace. Events would last until September, with around half of the British population participating in the Festival in some way. 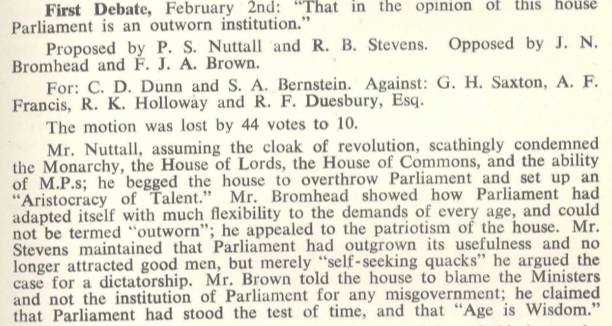