If you would like any advice about reading material and cannot find what you want on these pages, please contact us and we'll try to help.

What should I read?

If you are unsure what you could/should read, these tabs and lists will give you some ideas: 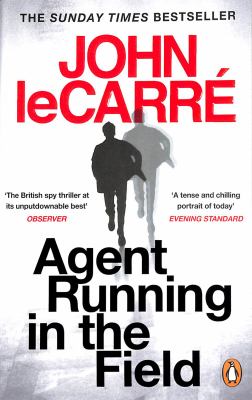 Agent running in the field

Nat, a veteran of Britain's Secret Intelligence Service, thinks his years as an agent runner are over. But MI6 have other plans. To tackle the growing threat from Moscow Centre, Nat is put in charge of The Haven, a defunct substation of London General with a rag-tag band of spies. His weekly badminton session with the young, introspective, Brexit-hating Ed, offers respite from the new job. But it is Ed, of all unlikely people, who will take Nat down the path of political anger that will ensnare them all. 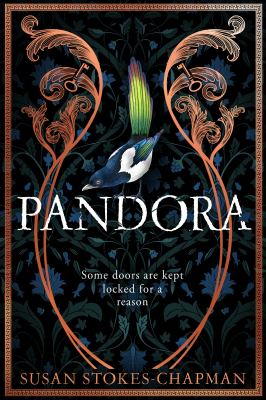 London, 1799. Dora Blake is an aspiring jewellery artist who lives with her uncle in what used to be her parents' famed shop of antiquities. When a mysterious Greek vase is delivered, Dora is intrigued by her uncle's suspicious behaviour and enlists the help of Edward Lawrence, a young antiquarian scholar. Edward sees the ancient vase as key to unlocking his academic future. Dora sees it as a chance to restore the shop to its former glory, and to escape her nefarious uncle.

But what Edward discovers about the vase has Dora questioning everything she has believed about her life, her family, and the world as she knows it. As Dora uncovers the truth she starts to realise that some mysteries are buried, and some doors are locked, for a reason. 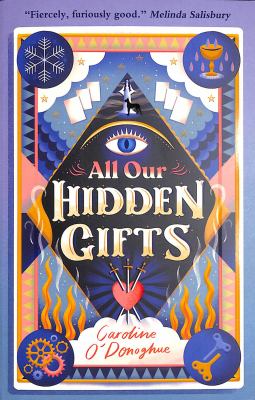 All our hidden gifts

Maeve Chambers doesn't have much going for her. Not only does she feel like the sole idiot in a family of geniuses, she managed to drive away her best friend Lily a year ago. But when she finds a pack of dusty old tarot cards at school, and begins to give scarily accurate readings to the girls in her class, she realizes she's found her gift at last. Things are looking up – until she discovers a strange card in the deck that definitely shouldn't be there. And two days after she convinces her ex-best friend to have a reading, Lily disappears.

Can Maeve, her new friend Fiona and Lily's brother Roe find her? And will Maeve's new gift be enough to bring Lily back, before she's gone for good? 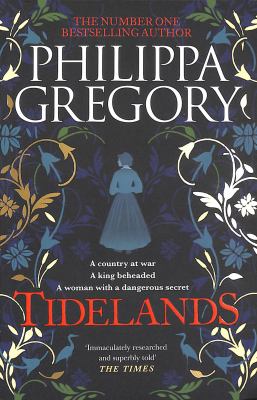 Midsummer’s Eve, 1648, and England is in the grip of civil war between renegade King and rebellious Parliament. The struggle reaches every corner of the kingdom, even to the remote Tidelands – the marshy landscape of the south coast.

Alinor, a descendant of wise women, crushed by poverty and superstition, waits in the graveyard under the full moon for a ghost who will declare her free from her abusive husband. Instead she meets James, a young man on the run, and shows him the secret ways across the treacherous marsh, not knowing that she is leading disaster into the heart of her life.

Suspected of possessing dark secrets in superstitious times, Alinor’s ambition and determination mark her out from her neighbours. This is the time of witch-mania, and Alinor, a woman without a husband, skilled with herbs, suddenly enriched, arouses envy in her rivals and fear among the villagers, who are ready to take lethal action into their own hands. 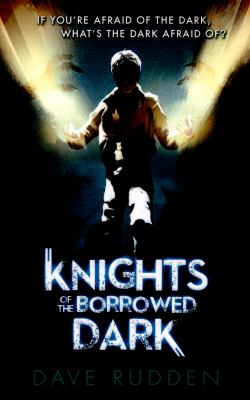 Knights of the borrowed dark

The first book in a new series about an orphan boy who discovers he is part of a secret army that protects the world from a race of shadowy monsters.

Denizen Hardwick doesn't believe in magic - until he's ambushed by a monster created from shadows and sees it destroyed by a word made of sunlight.

That kind of thing can really change your perspective.

Now Denizen is about to discover that there's a world beyond the one he knows. A world of living darkness where an unseen enemy awaits.

Fortunately for humanity, between us and the shadows stand the Knights of the Borrowed Dark.

Unfortunately for Denizen, he's one of them . . . 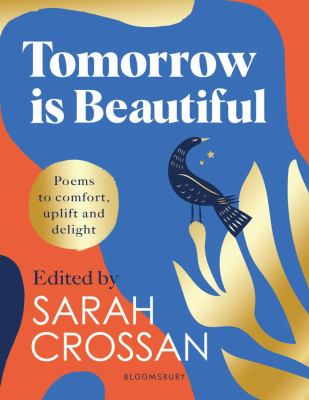 ocusing on positivity, this is the perfect collection to dip into whenever you need a boost. Containing a selection of classic poems from Langston Hughes, Walt Whitman, Emily Dickinson and Christina Rossetti, as well as contemporary poems chosen by Sarah Crossan - the go-to verse novelist in the UK - this beautiful book will lift your spirits time and time again. An essential read and the perfect gift for anyone in need of comfort, joy and hope. 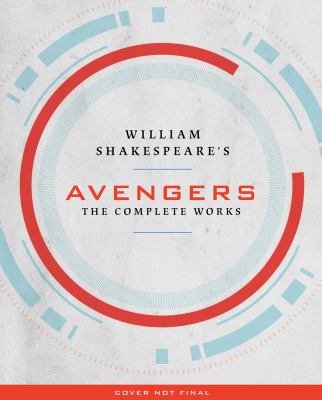 Assemble, Ye Avengers! All four Avengers films presented as Shakespearean plays in this ultimate treasury for Marvel fans. Assemble, Ye Avengers! All four Avengers films are presented as Shakespearean plays in this must-have for Marvel fans. What if the most epic cinematic franchise of all time had been penned by the greatest playwright of all time? Wonder no more! In William Shakespeare's Avengers, the best-selling author of the William Shakespeare's Star Wars series has reimagined the Avengers films as plays penned by the Bard himself, including- . Assemble, Ye Avengers . Lo, The Age of Ultron . Infinity War's Tale . The Endgame's Afoot Authentic meter and verse, stage directions, and clever Easter eggs will delight fans of the Avengers and Shakespeare alike. Readers will experience their favorite scenes, characters, and lines in a fresh-yet fully faithful-way, through soliloquies and dialogue by everyone from Captain America to Groot ("'Tis I!"). The lavish two-column format recalls Shakespeare's folios, and dozens of vibrant illustrations capture all the iconic movie moments. This franchise bible elevates and celebrates the films and is a must-have for fans of the Marvel Cinematic Universe and the Avengers. 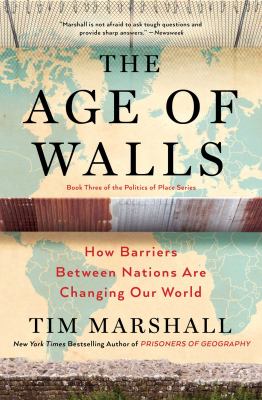 The Age of Walls

Tim Marshall, the New York Times bestselling author of Prisoners of Geography, offers "a readable primer to many of the biggest problems facing the world" (Daily Express, UK) by examining the borders, walls, and boundaries that divide countries and their populations. The globe has always been a world of walls, from the Great Wall of China to Hadrian's Wall to the Berlin Wall. But a new age of isolationism and economic nationalism is upon us, visible in Trump's obsession with building a wall on the Mexico border, in Britain's Brexit vote, and in many other places as well. China has the great Firewall, holding back Western culture. Europe's countries are walling themselves against immigrants, terrorism, and currency issues. South Africa has heavily gated communities, and massive walls or fences separate people in the Middle East, Korea, Sudan, India, and other places around the world. In fact, more than a third of the world's nation-states have barriers along their borders. Understanding what is behind these divisions is essential to understanding much of what's going on in the world today. Written in Tim Marshall's brisk, inimitable style, The Age of Walls is divided by geographic region. He provides an engaging context that is often missing from political discussion and draws on his real life experiences as a reporter from hotspots around the globe. He examines how walls, borders, and barriers have been shaping our political landscape for hundreds of years, and especially since 2001, and how they figure in the diplomatic relations and geo-political events of today. "Marshall is a skilled explainer of the world as it is, and geography buffs will be pleased by his latest" (Kirkus Reviews). "Accomplished, well researched, and pacey...The Age of Walls is for anyone who wants to look beyond the headlines and explore the context of some of the biggest challenges facing the world today, it is a fascinating and fast read" (City AM, UK). 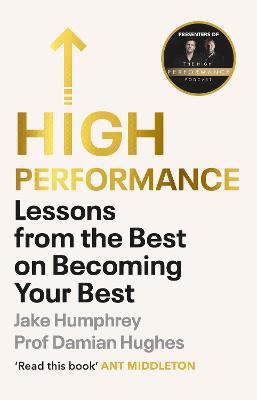 High performace : lessons from the best on becoming your best

How do Olympic medal-winning athletes turbo-charge their motivation?
How do multi-millionaire founders develop the habits of champions?
And how do Premier League football coaches lead their teams to victory?

High Performance reveals the methods the world's most remarkable athletes, coaches and entrepreneurs use to excel.

From taking responsibility for your situation to finding your 'trademark behaviours', thinking flexibly to crafting a high performance culture, Jake Humphrey and Professor Damian Hughes identify the eight crucial steps to becoming the best 'you' possible.

Along the way, they draw on cutting-edge research to explain why these methods work - and how we can all use them. Anyone can learn the secrets of high performance. 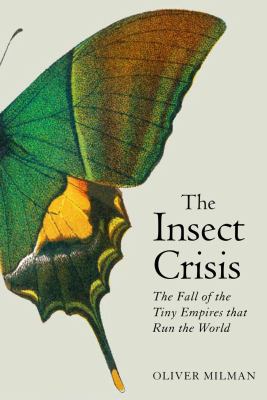 The insect crisis : the fall of the tiny empires that run the world

When is the last time you were stung by a wasp? Or were followed by a cloud of midges? Or saw a butterfly? All these normal occurrences are becoming much rarer. A groundswell of research suggests insect numbers are in serious decline all over the world - in some places by over 90%.

The Insect Crisis explores this hidden emergency, arguing that its consequences could even rival climate change. We rely on insect pollination for the bulk of our agriculture, they are a prime food source for birds and fish, and they are a key strut holding up life on Earth, especially our own.

In a compelling and entertaining investigation spanning the globe, Milman speaks to the scientists and entomologists studying this catastrophe and asks why these extraordinary creatures are disappearing. Part warning, part celebration of the incredible variety of insects, this book highlights why we need to wake up to this impending environmental disaster.

And if you still need a bit more inspiration . . .

Love Reading 4 Schools: 'Love Reading 4 Schools' offers support to parents, teachers and school librarians in helping engender a life-long love of reading in children.  This site contains reading lists by school year group (Reception to Year 10) along with lots of other ideas.

Love Reading : 'Love Reading' is the UK’s leading book recommendation website whose mission is to share book love and encourage reading for pleasure by offering the tools, advice and information to help you find your next favourite book.

These are great websites for book recommendations but please be aware that we cannot guarantee that we have copies of all of them in the Smallbone Library.  You can check our catalogue to see whether we have a particular title.  If we have a copy, go ahead and reserve it to collect from the library.  If we don't have a copy, you are very welcome to suggest we buy a copy once we are able to.